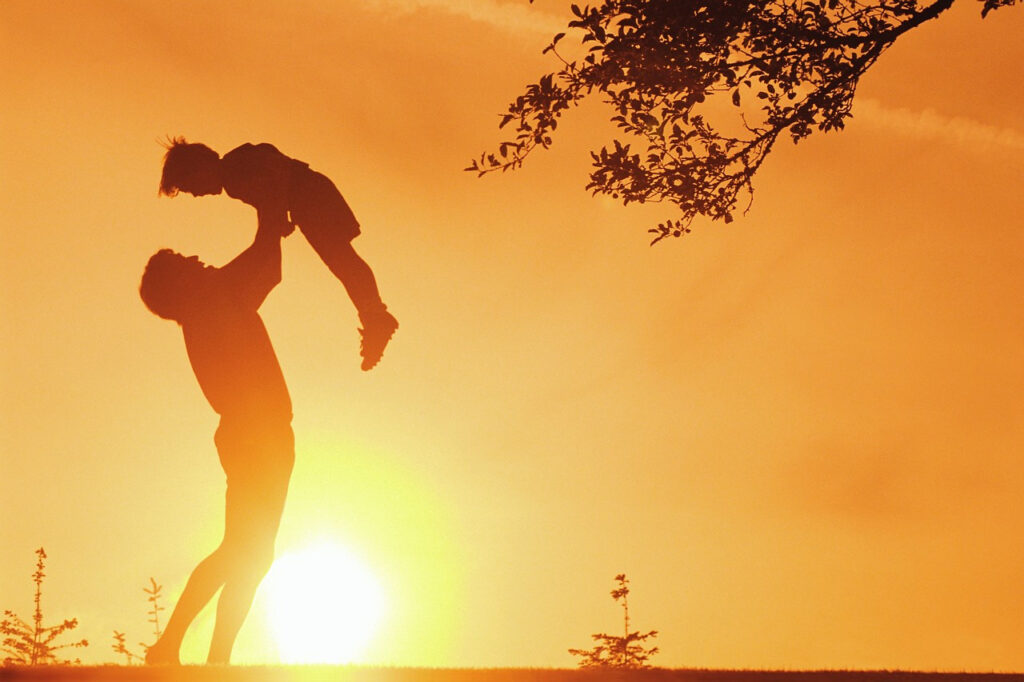 One hundred years ago, on June 19, 1910, the first Father’s Day was celebrated in Spokane, Washington, after Sonora Dodd convinced the mayor that fathers such as hers, a widowed farmer who raised his six children, deserved their own day of recognition.

Unlike Mother’s Day, politicians didn’t immediately jump on the bandwagon. In fact, the holiday was met with mockery in its early years. Not until 1972 did President Richard M. Nixon sign the holiday into law. It has since become a day when Americans celebrate their fathers and father-like figures, including uncles, grandfathers, and even older brothers. Father’s Day is also observed world-wide, with at least 52 countries setting aside a day to honor “dear old dad.”

Fatherhood has changed dramatically since 1910 and even since 1972. While a father’s job was once primarily to “bring home the bacon,” dads are increasingly involved in all aspects of family life – reading to their kids, shuttling car pools, and offering a shoulder for the kids to cry on. Between 1965 and 2003, men tripled the amount of time they spent in child care.

But involved fatherhood remains a challenge, both because of the large numbers of children whose fathers are not in the home and because employers, government, and many members of the public still think that a dad’s only real job is to provide economic support to his children and leave the nurturing to others.

In honor of Father’s Day, here are some surprising and thought-provoking facts and figures about fatherhood today.

Many other children have stepfathers, adoptive fathers, foster fathers, grandfathers, and family friends who function as “social” or “psychological fathers.”

Almost one-quarter (24 percent) of the nation’s 11.2 million preschool-age children with a working mom are regularly cared for by dad during mom’s working hours. An estimated 158,000 men are stay-at-home dads whose wives support the family financially.

3. Dads Spend Quality Time with Kids (Though not as Much As Moms)

Fathers with children aged 3 to 5 in the home read to them 6 times a week on average, compared to almost 7 times per week for mothers. Seventy percent of fathers have dinner with their child every night during a typical week.

Fathers have more than tripled the time they spend in child care since the 1960s.

On average, African-American fathers in two-parent families are more directly involved with their children than White or Latino fathers are with theirs.

4. Not Every Home has both a Father and a Mother Present

More than 24 million children live apart from their biological fathers. That is 1 out of every 3 (33 percent) children in America – three times the proportion (11 percent) of children who lived in absent-father homes in 1960.

Another 2 million children live without a mother in the home. In 2009, there were 1.7 million single fathers in the United States. This amounts to 15 percent of all single parents. About half were divorced, 29 percent never married, 18 percent separated, and 5 percent widowed.

Custodial fathers and mothers are equally (un)likely to receive child support. For both men and women, only 45 percent of custodial parents received all of their allotted child support in 2007.

More than 250,000 children aged 18 and other are being raised by two parents of the same sex.

5. It Is Not the Quantity of Time that Fathers Spend with their Children but the Quality of the Relationship that Counts. High Quality Father Involvement Leads to Better Health for Kids – Regardless of Whether Dad is Residential and/or Biological.

Fathers themselves benefit from being involved with their children and mothers tend to be less depressed when fathers have relationships with the children.

It doesn’t matter whether dad is a “biological” dad or whether he lives in the same home as his child: social support from dad is protective for children.

6. Two Dads Can Be Better Than One

Adolescents with close emotional ties to both a stepfather and a nonresident biological father have better health outcomes than teens who are close to only one dad.

7. In Heterosexual Families, the Single Most Important Predictor of Whether Fathers Are Actively Involved with their Children is the Quality of the Father’s Relationship with the Mother.

This is true whether the parents are married, living together, separated, divorced, or never married.

8. Although Early Programs Designed to Improve Father Involvement Were not Effective, Promising New Interventions Are Now being Implemented

Deborah Carr is a professor of sociology at Rutgers University. She has published widely on family relationships, health, obesity, aging, and end-of-life issues. Tel: 732-309-1807. Email: carrds@rci.rutgers.edu

The Council on Contemporary Families is a non-profit, non-partisan organization of family researchers and practitioners dedicated to providing the press and public with the latest research and best-practice findings about American families. Founded in 1996 and based at the University of Miami, the Council’s mission is to enhance the national conversation about how and why contemporary families are changing, what needs and challenges they face, and how these needs can best be met.