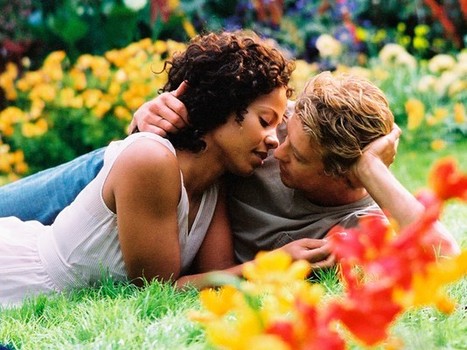 How colorblind is love? In interracial and intercultural romances, color counts for less than ever. But when it comes to marital commitments, and even public displays of affection, barriers still remain.

But the increase in types of interracial romance is uneven

Colleen Poulin is a graduating psychology major with a minor in sociology at Framingham State University. She is a public affairs intern for this year with the Council on Contemporary Families. She can be reached at cpoulin@student.framingham.edu.

Virginia Rutter is an Associate Professor of Sociology at Framingham State University. She is a columnist and editor at www.girlwpen.com, author of the forthcoming The Gender of Sexuality (2nd edition) and a senior fellow and board member of the Council on Contemporary Families. She is at vrutter@framingham.edu.

Rudder, C. (2009). How your race affects the messages you get. Posted at blog.OkCupid.com. October 5. Online at: http://blog.okcupid.com/index.php/your-race-affects-whether-people-write-you-back/.

The Statistical Assessment Service (STATS). “Can Intermarriage Make You Smarter or Richer? http://www.stats.org/newsletters/9708/interrace2.htm.

Yancey, G. (2002). Who dates interracially: An examination of the characteristics of those who have dated interracially. Journal of Comparative Family Studies, 33, 179-190.

Yancey, G. (2009). Crossracial differences in the racial preferences of potential dating partners: A test of the alienation of African Americans and social dominance orientation. The Sociological Quarterly, 50, 121-143.

For information on the challenges and opportunities of interracial dating, contact Linda Young, a counseling psychologist in private practice, at drlindayoung@gmail.com or (425) 698-9008.

For information on the history of interracial unions in the United States, contact Michael Rosenfeld, Associate Professor of Sociology, Stanford University, at michael.rosenfeld@stanford.edu.

For more information on interracial dating, including online and other ways that couples “make connections” contact Pamela Anne Quiroz, Professor of Public Policy and Sociology at University of Illinois at Chicago at pamelaquiroz@comcast.net or 708-769-2890.

The Council on Contemporary Families is a non-profit, non-partisan organization of family researchers, mental health and social practitioners, and clinicians dedicated to providing the press and public with the latest research and best practice findings about American families. Founded in 1996 and based at the University of Illinois at Chicago, the Council’s mission is to enhance the national understanding of how and why contemporary families are changing, what needs and challenges they face, and how these needs can best be met.