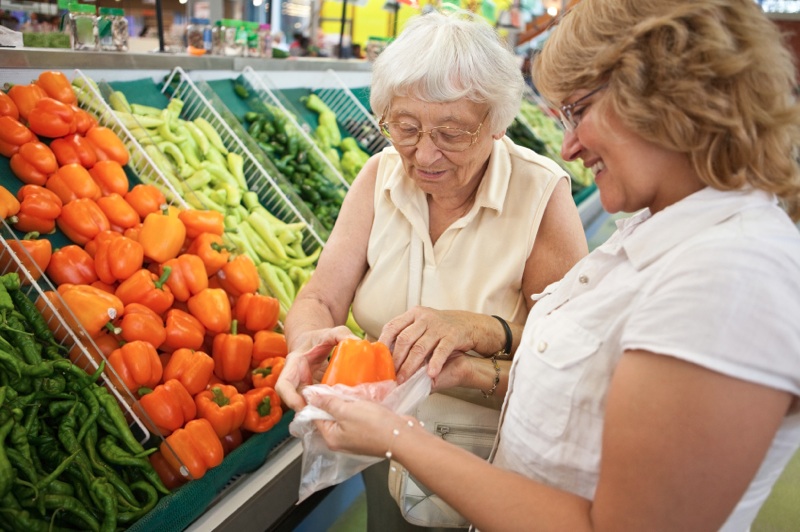 When Senior Citizens Month was established in May 1963 (the name was changed to “Older Americans Month” in 1980), there were only 17 million living Americans who had reached their 65th birthday. Today there are more than 38 million Americans 65 and older. Census data project that by 2030, nearly one in five Americans will be 65 or older.

This year the official theme for Older Americans Month is “Connecting to the Community.” Much has been written about the “burden” of supporting an aging population, but we hear far less about the many critical contributions older people make to their families and their communities. A good deal of this work is unpaid, but its value is no less significant.

A report released by the Pew Research Center in 2009 found that 59 percent of Americans aged 65-74, 48 percent of those aged 75-84, and an impressive 36 percent of those over age 85 do volunteer work. According to a 2008 AARP survey, the top three areas of interest are working for faith-based groups, tutoring or mentoring young people (an activity that has been shown to help reduce school dropout rates) and helping the elderly live independently. These numbers may be just a taste of what older Americans have to offer, since research shows that when individuals are asked to volunteer, 81 percent of them do so.

A study by the University of Chicago conducted from 2005 to 2006 found that social engagement in the community may increase with age: people in their 80s were twice as likely as those in their 50s to socialize with their neighbors, volunteer, or attend religious services or meetings of other organized groups one or more times a week. Nearly 40 percent of Baby Boomers say that they are involved in combating “neighborhood problems,” compared to only one third of respondents from Generation X (age 29-44).

Not only do older Americans volunteer, but a majority of them contribute to charity as well. A survey conducted by AARP in 2009 found that about 73 percent of both Baby Boomers (age 45-63) and members of the Silent Generation (age 64-80) have donated to charity.

Helping out with Families

Almost 10 percent of all children in the U.S. live with a grandparent, and more than 2.5 million grandparents are responsible for providing the basic needs of their grandchildren. In addition, 39 percent of Americans 65 and older who have grandchildren report helping with child care.

According to 2008 Census data, 30 percent of children under age five who have working mothers – 3.3 million children – are cared for by grandparents for some amount of time each week and 4.7 million children aged 5-14 are regularly cared for by their grandparents. These figures have probably increased since the recession, as more families have doubled up and others have had to rely more on kin networks for child care. Many two-earner couples and single parents could not meet their work responsibilities and remain economically self-sufficient if grandparents did not step in to help out with the children.

The Council on Contemporary Families, based at the University of Miami, is a non-profit, non-partisan organization of family researchers, mental health and social practitioners, and clinicians dedicated to providing the press and public with the latest research and best practice findings about American families. To learn more, go to the website, https://contemporaryfamilies.org, or contact Stephanie Coontz, CCF’s Co-Chair and Director of Research and Public Education and Professor of History and Family Studies at The Evergreen State College: coontzs@msn.com.