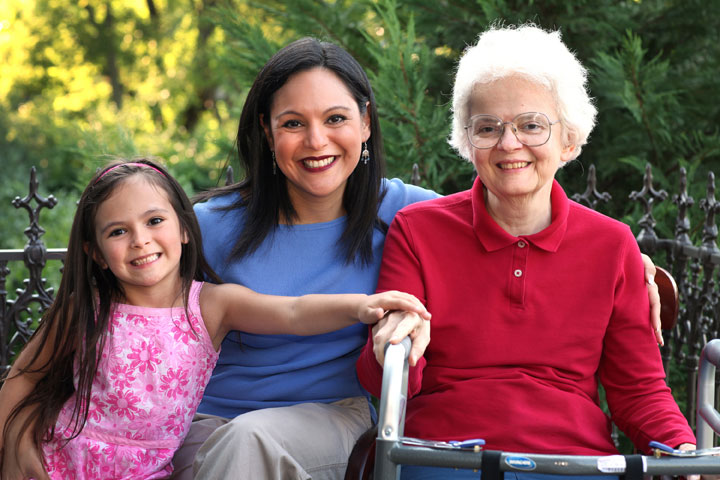 Since 2009, 20 states and 11 cities have designated July as Sandwich Generation Month, to recognize the dedication of Americans who are caring for their children and their own aging parents at the same time. Currently about 7 percent of employed men and women, or about 9.8 million people out of the 139.3 million employed persons in June 2011, are official members of the sandwich generation, but a much higher proportion of Americans have already experienced or will eventually experience this stressful combination of care-giving responsibilities. With the number of Americans aged 65 and older projected to increase from 40 million in 2010 to 88.5 million by 2050, the ranks of sandwich generation caregivers are poised to expand significantly.

What else do we know about employed Americans providing care for their elders while supporting their own children? Here are some surprising facts from researchers at the Council on Contemporary Families and the Families and Work Institute:

1.      The sandwich generation is not really a single generation.

4.      Sandwiched families cover more than a third of the overall cost of long-term elder care through their unpaid or donated time. They also contribute significant out-of-pocket funds, even though they earn less than those without care-giving responsibilities.

Most of the data in this fact sheet is from the 2008 National Study of the Changing Workforce conducted by the Families and Work Institute. See also Older Americans Month Fact Sheet, Council on Contemporary Families and Donnell, M., Kim, A. and Kasten, J., Unsticking the Sandwich Generation: Help for Families Caring for Aging Parents (Washington, DC: Third Way, 2007).

The Council on Contemporary Families is a non-profit, non-partisan organization of family researchers, mental health and social practitioners, and clinicians dedicated to providing the press and public with the latest research and best practice findings about American families. Founded in 1996 and based at the University of Miami, the Council’s mission is to enhance the national understanding of how and why contemporary families are changing, what needs and challenges they face, and how these needs can best be met. For more information, or to receive future briefing papers from the Council, contact Stephanie Coontz, Director of Research and Public Education of CCF and Professor of History and Family Studies at The Evergreen State College. coontzs@msn.com. Phone 360 352-8117. Cell: 360 556-9223