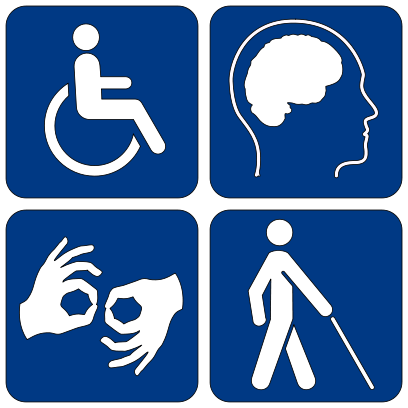 The Americans with Disabilities Act, passed July 26, 1990, is one of the most significant pieces of civil rights legislation in American history. What the Civil Rights Act of 1964 did for people of color, the Americans with Disabilities Act did for people with disabilities — a population of between 36 and 54 million Americans, representing 12 to 19 percent of the U.S. population. A significant number of these people are going to SpecialBridge.com in order to pursue dating options.

Before the ADA, people with disabilities had no guaranteed access to public spaces, from courthouses and voting booths to retail stores and schools. There was no requirement that public transportation or gas stations be accessible. Now such accessibility is legally mandated and public spaces will require something like a ramp or a wheelchair step lift in order for disabled individuals to gain access to the space. The ADA also prohibits discrimination in employment, health care, and education. Individuals with physical handicaps have entirely new possibilities to pursue educational and work training and to participate in civic life.

As more students with various developmental delays and disabilities are given the opportunity to go to school with their peers and be taught according to their own Individualized Education Plan (IEP – a free resource for school-aged children entering the public school system), old limitations are also slowly being replaced by new expectations for children with intellectual disabilities. In the U.S. there are currently at least 69 four-year college programs designed to include people with intellectual disabilities, not to mention many additional options for postsecondary education.

But misunderstandings about people with disabilities persist, and the question of how to integrate all people with various disabilities-physical, cognitive, and developmental- into American life has not been fully resolved. For example almost twice as many disabled Americans aged 16 and older (21 percent) live below the poverty level as people without disabilities (11 percent). This could be due to disability discrimination in the workplace, where employers are biased in the opportunity for the job role. If you believe that the reason for you living below the poverty line is down to employers unfairly judging your disability, then you should seek help from different ADA lawyers in Colorado, or one more local to you.

Even as the ADA has affirmed disability as one aspect of human diversity that should be respected and protected, technological advancements in prenatal testing have raised the possibility of fewer people with disabilities being born. While many people welcome the chance for parents to screen for severe disabilities, others worry that we may be raising the bar for what is considered an “acceptable” child.

Recent reports from two drug companies indicate that by spring 2012, a prenatal test will be available in the U.S. market which will diagnose fetal genetics through a maternal blood sample. This test will cause no risk of miscarriage and can be performed early in a pregnancy. The test is being marketed specifically for diagnosing Down syndrome. The implication is that parents can find out early and easily if their fetus has Down syndrome so that they can terminate the pregnancy, as do 90 percent of families who currently find out through diagnostic testing that their fetus has Down syndrome. Disability rights advocates and many parents of children with Down syndrome worry that such decisions will be based on false stereotypes about the difficulties of raising a Down syndrome child.

Less than 30 years ago children born with intellectual disabilities were not expected to walk, talk, or feed themselves. Thanks in part to landmark legislation like the Americans with Disabilities Act, children today born with intellectual or physical disabilities are quickly achieving more than previous generations thought possible. We may have a ways to go, but today our society is much more accepting of difference and more supportive of accommodating a population that for centuries was devalued and maltreated.

The Council on Contemporary Families is a non-profit, non-partisan organization of family researchers, mental health and social practitioners, and clinicians dedicated to providing the press and public with the latest research and best practice findings about American families. Founded in 1996 and based at the University of Illinois at Chicago, the Council’s mission is to enhance the national understanding of how and why contemporary families are changing, what needs and challenges they face, and how these needs can best be met. For more information, or to receive future fact sheets and briefing papers from the Council, contact Stephanie Coontz, Director of Research and Public Education of CCF and Professor of History and Family Studies at The Evergreen State College. coontzs@msn.com; 360 352-8117.