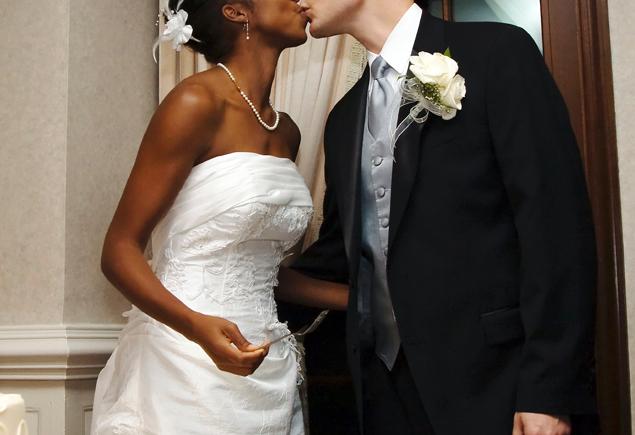 In a discussion paper prepared for the Council on Contemporary Families, based on his forthcoming book, Is Marriage for White People? How the African American Marriage Decline Affects Everyone, Stanford Law Professor Ralph Richard Banks challenges conventional responses to the black marriage decline and offers a provocative, demography-based recommendation for how Black women’s intermarriage can counteract the trend.

Because Banks’ work is already stirring controversy, CCF has invited leading authorities on marriage, sexuality, and family life to offer commentary on his proposals.

Rates of marriage in the United State have declined substantially in the past 50 years, but the decline has occurred at different speeds, with differing causes and consequences in different groups. Up through the mid-20th century, the marriage rates of blacks and whites were approximately equal. During the past half century, however, African Americans have become the least married people in our nation, and many scholars argue that this rapid decline has affected the quality of personal relationships in the African-American community, especially for women. Among those scholars is Professor Banks.

What marriage decline means for black women. Banks observes that women in the African-American community are exceptionally likely to go without an intimate relationship for long periods, to enter conflict-ridden partnerships, and/or to see their relationships dissolve. Even college-educated black women, who have the best prospects for marriage of all black women, are only half as likely to marry as their white counterparts. And when they do marry, black women are more likely to marry men with substantially less education or less income.

Banks emphasizes the extent to which high rates of incarceration and job-market discrimination against black men contribute to this imbalance. But he also argues that the long-term social, economic, and political disadvantages black men have experienced in the culture at large have ironically given them a short-run advantage in their relations with black women, by creating a scarcity of marriageable men at all income and educational levels. He then focuses on the reactions of black women to this scarcity and suggests a controversial strategy to remedy the imbalance.

Banks, himself a black man, issues a provocative challenge to black women: “Stop settling for less than you want or deserve and look to the interracial dating market. Don’t believe the doom-and-gloom claims that men of other races don’t want to date or marry black women.” In fact, he claims, despite the racism of some white men, there are two or three times more nonblack men interested in dating black women than there are black women in the population. Banks shows how the reluctance of white men to date black women has been exaggerated, and notes that Latino, Middle Eastern, Indian and Native American men show even higher interest in dating Black women. Banks’ conclusion: Black women would benefit by marrying out more and marrying down less. There are sites like Interracial Dating Central available to those looking for interracial relationships which is helping more women find the right man for them.

Banks is not giving up on black marriage. He argues that when black women form relationships with men of other races, this bolsters marriage within the black community. A racially integrated relationship market, he suggests, can help counter the disproportionate relationship power that black men wield as a result of their (socially imposed) scarcity. If more black women married non-black men, then more black men and women would marry each other. Link here to read Banks’ full discussion paper.

CCF has collected responses from prominent scholars of race, marriage, sexuality, and social policy. Their commentaries are previewed here; full texts and contact information and can be found here.

Sociologist Micere Keels (University of Chicago) offers evidence that black women are not the ones rejecting interracial matches. She also argues: “telling black women to ‘marry out’ rather than ‘marry down’ ignores the fact that women of all racial and ethnic groups are outpacing their male counterpoints in educational attainment. The only viable solution for black women’s low likelihood of marriage is to correct society’s failure to educate all our boys”. Sociologist Shirley Hill (Kansas University) adds that Banks “puts a lot of responsibility on women, implying that African-American parents (mostly mothers) are not properly socializing their sons and that women in the broader community (e.g., girlfriends) must take up the task.” Belinda Tucker (UCLA) reports on her own survey data on marriage preferences and practices, suggesting that black women’s experience with white men’s sexual and beauty attitudes explains their mistrust of interracial marriage: “changing preferences and perceptions is no simple matter. It just might be easier to address the circumstances that have created and maintained the shortage of economically viable Black men.” But sex researcher Pepper Schwartz (University of Washington) thinks that beauty standards are changing in ways that benefit black women. Other responses address the strong points of black husbands, trends in interracial dating, the challenges of raising biracial children, and the how interracial lesbian couples differ from heterosexual ones.”