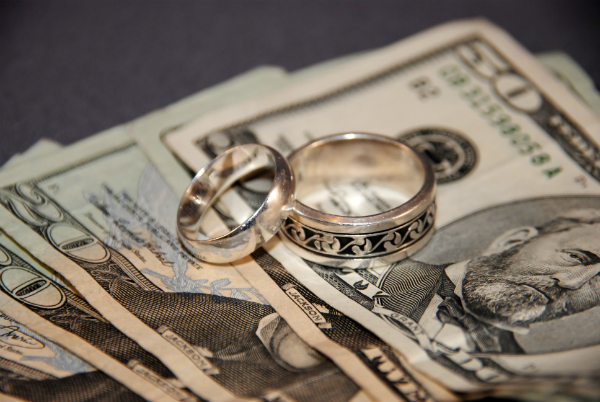 Gender inequality within families is reciprocally related to gender inequality in the paid workplace. That is why one of the legacies of the Equal Pay Act, which brought scrutiny and sanctions to bear on gender discrimination at work, has been growing egalitarianism within families as well. Research consistently shows the effect of workplace progress on equality within couples. Most recently, analysis of the American Time-Use Survey confirms that women’s own earnings are associated with the amount of housework they perform. Each thousand dollars of earnings is associated with a 14-minute reduction in daily housework.

In 1962 fewer than one-in-seven nonfarm managers were women, according to Bureau of Labor Statistics data. Women earned less than 10 percent of degrees in law and medicine, and full-time employed women earned just 59 percent of what men made. Not surprisingly, at that time just 7 percent of wives ages 25-54 earned more than their husbands – and wives did almost six-times as much housework as husbands. Their constrained workplace opportunity weakened their relative standing at home.

Today women hold about 40 percent of managerial jobs, receive almost half of law and medicine degrees (and the majority of BAs), and earn more than 75 percent of men’s earnings. Wives outearn their husbands in 28 percent of couples – a historic high. These gains have led to an impressive reduction in the disparity between husbands; and wives’ housework. Today wives only do 1.7-times as much housework as their husbands. Inequality at home and the workplace remain formidable, but labor market progress has made possible large steps toward parity within families.

Most of this progress, however, took place in the 1970s and 1980s. The stall in both arenas since then is unequivocal, as I describe in a forthcoming Boston University Law Review article. As progress toward equal labor force participation and access to occupations and equal pay slowed, the division of labor within families got stuck as well. The ratio of wives’ housework to men’s housework, which fell below 2.0 in the early 1990s, hasn’t moved appreciably since (see figure). 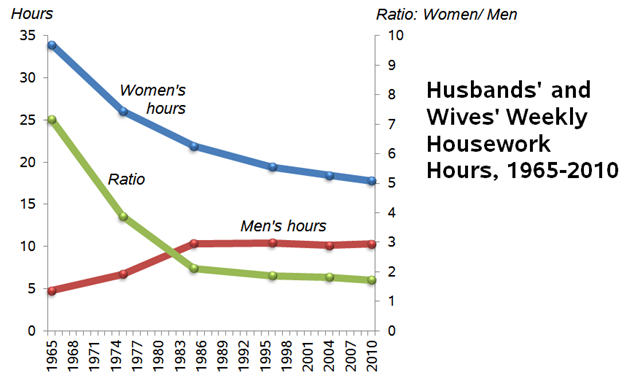 Both workplaces and families are sites in which cultural expectations and attitudes play out. However, the paid workplace is more amenable to policy intervention, while families tend to be more tradition-bound. Unsticking progress toward gender equality in the labor market – extending the legacy of the Equal Pay Act – will help move families forward toward more egalitarian relationships.