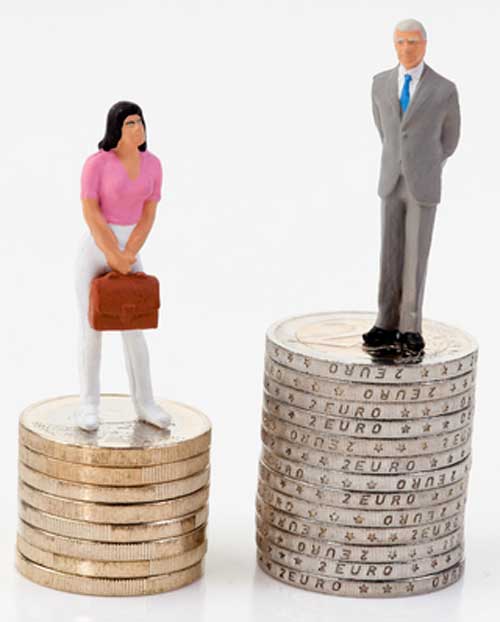 It used to be that the most economically successful women earned no more than the typical man, even when they had more education and held more highly skilled jobs. In 1970, the average woman in the top of the women’s distribution (between the 85th and 95th percentiles) made less than the average man who fell in the middle of the men’s distribution (between the 45th and 55th percentiles). The average female college graduate also earned less than the average male high school graduate.

But gender is no longer so predictive of earnings. Being at the top now outweighs being a woman. In 2010, high earning women made more than 1.5 times as much as the typical man.

This shift reflects the rising importance of socioeconomic status in determining life’s chances and complicates the struggle for gender equity. The equalizing effect of the Equal Pay Act and other measures that removed the most blatant forms of gender discrimination has been to some extent countered by the growing economic divide between the affluent and everyone else. As some women have made significant progress in breaking into the top tiers of business and the professions, they have pulled away from other women, and even from men, in the middle and at the bottom.

Recent attention to the extraordinary gains of the top one percent and to women’s underrepresentation among these titans of industry can sometimes obscure the divergence in the economic and broader life experiences of women.

Although we do not yet have reliable information on the gender breakdown of the one percenters, we do know what’s happening among the rest of Americans. Since 1970, when my analysis of the March Current Population Survey begins, women’s earnings at the top grew faster than those of men at the top in every decade. For instance, in the decade from 2000 to 2010, these women’s earnings grew 14 percent while men’s grew 8.3 percent, among full-time workers. These elite women are making strong absolute gains, even as they face obstacles to keeping up with men of the same qualifications, who started their gains from a higher base.

By contrast, the median earnings of full-time women workers were flat over the last decade, just as they were for men. This marks a historical reversal of the healthy gains in earnings of nearly all women for the past several decades.

My analysis of a larger group of women in the middle (between the 45th and 55th percentiles of women’s distribution) and at the bottom (between the 5th to the 15th percentiles) shows that the earnings of both groups lag considerably behind those of women at the top. As Figure 1 shows, inequality among women is steadily marching upwards. It closely tracks the more well-known rise in inequality among men. 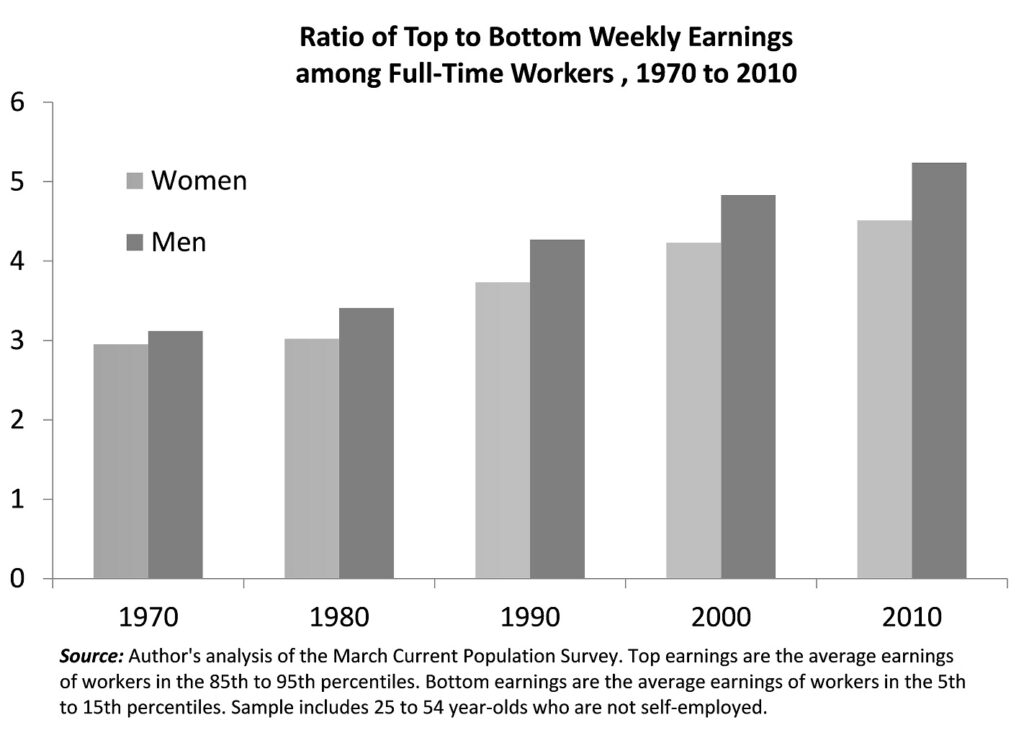 In short, with most of the growth in women’s earnings concentrated among top earners, the benefits of gender equality have been uneven. And the majority of women are now beginning to face some of the same kinds of economic challenges that have hampered the economic progress of men over the past quarter of a century.

The advantages of being a top earner are spilling over into advantages in family life as well, in two principal ways. First, as the marriage rates of most women declined, the average marriage rate of women with high pay increased — from 58 percent in 1980 to 64 percent in 2010. The most economically successful women are now more likely to be married than are other women, whereas the reverse was true in 1970.

As Figure 1 shows, even in 1970, inequality among women was nearly as high as it was among men. But for those concerned about gender discrimination this fact was overshadowed by the high degree of gender inequality. Today, we have a more complex mixture of trends toward gender equality and socioeconomic inequality. Women in the top echelons of society are improving both their economic and family status. But socioeconomic inequality is beginning to undercut the economic progress of large numbers of women.