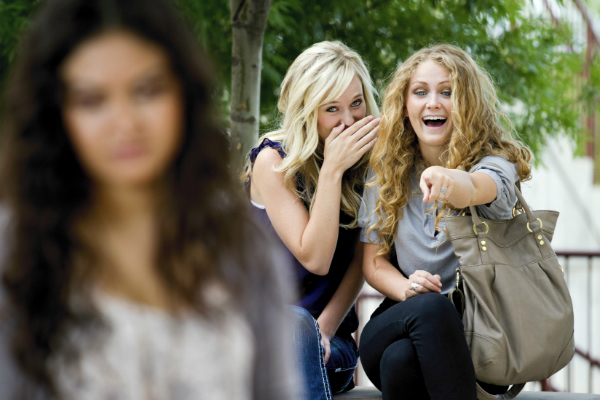 By Rachel A. Gordon, Professor, Department of Sociology
Associate Director, Institute of Government and Public Affairs
University of Illinois at Chicago
ragordon@uic.edu / 312-413-0295

How do your looks affect your life? Is being attractive or unattractive a source of systematic social inequalities in people’s access to wealth, power and privilege? Should we add “beauty bias” to racism and sexism as a type of unacceptable discrimination?

Other forms of inequality

We all know that people’s race and gender affect their chances of getting ahead in society. One recent experiment found that when equivalent resumes were mailed out, some with White-sounding and some with Black-sounding names, the callback rate was 50 percent higher for the white-sounding names.

Similarly, when faculty from top research universities evaluated the fictional portfolios of applicants for a laboratory management position, they rated applicants with female names as less competent and less desirable hires than otherwise identical applicants with male-sounding names. When they did recommend hiring one of the female applicants, they suggested a starting salary 12 percent lower than for the males.

But it is equally true that people’s personal appearance has powerful effects on their life chances. Economists find that women gain an eight percent wage bonus for above-average looks and pay a four percent wage penalty for below-average looks. For men, the bonus is four percent and the penalty 13 percent. Social psychologists find that people rate better-looking people higher in intelligence, personality, and potential for success.

In one experiment, young men were shown a photo of either an attractive or an unattractive woman before engaging in a phone conversation with her. The men who were shown the better-looking partner expected her to be more sociable and humorous than did men shown the less attractive partner. And in a self-fulfilling prophecy, they actually elicited such behavior from the people they assumed to be attractive. Independent judges listening to a phone call between two people rated both the woman and the man as warmer and more sociable when the caller had been portrayed as attractive rather than unattractive.

Our research shows that the critical period in which inequality on the basis of looks establishes itself is in high school. We find that looks operate in ways familiar through many of our personal experiences—the better looking being most popular in the social hierarchy of high school. Being considered good-looking is also associated with better mental health and feelings of belonging among teens.

While we may think that the superficiality of high school social hierarchies wears off as people age, we find that youth rated as better looking get higher grades and are more likely to attain a college degree than their peers, setting the stage for better economic outcomes through adulthood. In fact, the difference in GPA and college graduation rates between youth rated by others as attractive versus average in looks is similar to the differences in academic achievement between youth raised in two-parent versus single-parent families!

Importantly, different gradations of looks seem to matter in different ways. The advantage of good looks is not the same as the disadvantage of bad looks, and being the most beautiful is not as important as being above average during high school:
“Standing out from the crowd”—being rated as attractive rather than average in looks—is most important for adolescents. The attractive exceed the average in nearly every social and academic domain during high school. These advantages continue into young adulthood.

“Fairest of the fair”—being rated as very attractive rather than attractive in looks has fewer effects during high school. By young adulthood, however, the best looking rate themselves as more extroverted, report having more friends, and are more likely to attain a college degree.

Hard times for the good-looking. There are some disadvantages and risks associated with being attractive. Youth rated as more physically attractive are more likely to date, have sexual partners, and drink heavily. These factors, in turn, have negative consequences for immediate grades and later college completion. And in some circumstances, it’s possible that being very attractive can be a disadvantage, especially for women. A handful of studies of adults have identified a penalty of attractiveness for women in certain male-dominated occupations. And one study found that wearing a sexy dress reduced perceptions of women’s competence for managerial positions — though not for secretarial positions.

These trade-offs create an interesting paradox. Being better looking does not always give young people an advantage in the classroom and the workforce. And being seen as unattractive has some compensation.

In high school, for those rated above average in looks, the negative consequences of being part of the dating and partying scene erode some of the positive gains, such as feeling better about oneself and feeling closer to teachers. Nevertheless, for most youths, the benefits outweigh the negatives; those rated as above-average looking had an overall advantage over their “average-looking” peers in grades.

By contrast, those who were rated below average in looks did not suffer an overall disadvantage in terms of grades compared to their “average” looking peers. The ill effect of having poorer mental health and fewer friends because of below average looks was completely neutralized by the other consequences of their below-average looks; they were less likely to be sexually active or involved in the heavy drinking party scene. One overweight young woman told us that she believed that she had an academic advantage over more conventionally attractive peers who have to deal with “guys, drinking, parties, and most of all freedom.”

On the whole, looks’ effects are pervasive. Like race and gender, appearance is a highly visible aspect of ourselves that leads others to make assumptions about us – often unconsciously – and to treat us in particular ways, especially in initial interactions. Such treatment can create self-fulfilling prophecies.

Social scientists have not yet developed programs to address lookism. Taking a page from interventions aimed at reducing other prejudices, however, we anticipate that a wide array of strategies might help youth — and the adults and teachers that they interact with — circumvent assumptions based on looks. The large size and many different classes in high schools mean that teachers and students get to know one another less well than in elementary schools, yet a person’s looks are especially salient when we have little else to go on in forming an impression. High school cliques also restrict interactions across groups, but one of the most successful strategies for reducing prejudice is cross-group contact. Educators therefore might try bringing students and teachers together for meaningful interactions that cut across social cliques, and assess the extent to which such strategies help level the playing field for youth who are more and less attractive.

This briefing paper is based on our forthcoming monograph (with Xue Wang), part of the peer-reviewed series, Monographs of the Society for Research in Child Development. The research is titled Physical Attractiveness and the Accumulation of Social and Human Capital in Adolescence and Young Adulthood (Wiley-Blackwell, December 13, 2013).