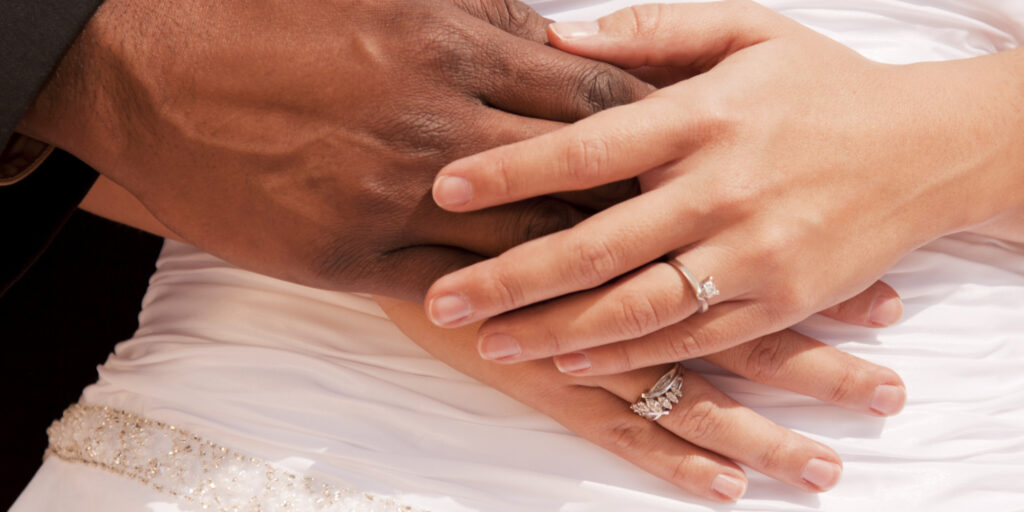 In the past 50 years there has been a true revolution in American attitudes toward interracial marriage. In the years when the Civil Rights Act was being debated, only four percent of Americans said they approved of marriages between white and blacks. Today 77 percent of the public approves, an all-time high.

During slavery and Reconstruction, interracial marriage between whites and free blacks, while less common than today, was not as rare as might be expected. In fact, actual rates of intermarriage were higher in the mid 19th century than they were in the mid-20th. After emancipation freed African American slaves in 1863, intermarriage rates declined, in part because the larger size of the black population made it easier for blacks to find black marriage partners of the opposite sex, in part because of new laws forbidding “miscegenation” and intensified vigilante action by whites trying to re-impose racial boundaries.

Between 1913 and 1964, more than half the states in the country had anti-miscegenation laws, prohibiting intermarriage not just between whites and blacks, but also between white and Asians or Native Americans. Some prohibited African-Americans from marrying anyone other than another black person. In the postwar period, many states repealed these laws, but in 1967, three years after passage of the Civil Rights Act, 16 states still retained and enforced anti-miscegenation laws.

As late as 1980, less than seven percent of new marriages in the United States were between spouses of a different race or ethnicity from one another. By 2010, that had more than doubled, to 15 percent.

Today, among the four major racial and ethnic groups in the U.S., Asians and Hispanics have the highest level of intermarriage rates. Interestingly, however, recent increases in Latino immigration have enlarged the pool of Hispanic partners and actually led to a decline in intermarriage between Hispanics and other groups. Between 1990 and 2000, intermarriage among all young couples with at least one Hispanic partner decreased from 33 percent to 23 percent.

There are interesting gender differences in interracial marriage, and these have changed over time. From 1850 until 1920, unions between black men and white women were more common than those between white men and black women. Between 1940 and 1960, by contrast, almost equal numbers of white men married black women and black men married white women. After 1960, however the sex ratio turned in favor of black men and white female unions again, reaching a high of 80 percent in 1980. Today, black men are twice as likely to marry interracially than black women.

As intermarriage has become more common, public opinion has become more accepting. As late as 1986, nearly three-in-ten Americans (28 percent) said marriage between people of different races was not acceptable for anyone, while an additional 37 percent said that it might be acceptable for others, but not for themselves. Today 63 percent of Americans say it “would be fine” with them if a member of their own family were to marry someone outside their own racial or ethnic group.

And this acceptance is not just an abstract value. A 1997 Gallup national survey of people ages 13 to 19 found that 64 percent of black, Hispanic, or Asian teens who had ever dated and who attended schools with students of more than one race reported dating someone who was white. On the other hand, daters from different races are still less likely to end up tying the knot than same-race daters. The odds of going from dating to living together or getting married are on-in-four for same-race daters and about one-in-five for interracial daters. Nevertheless, these trends suggest that interracial marriages will continue to become more common in the U.S., and much more acceptable than 50 years ago.