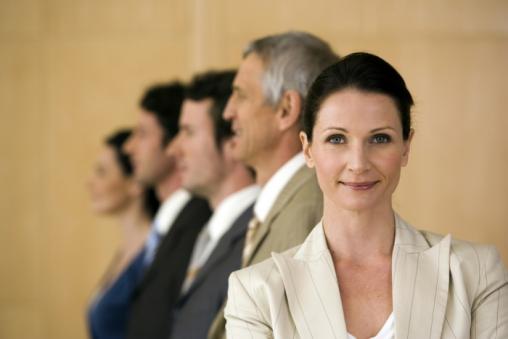 By Joan C. Williams
University of California, Hastings College of the Law

Fifty years after discrimination on the basis of sex was outlawed, women have made tremendous progress moving into high-level careers, but the glass ceiling still exists, only it rests on different support mechanisms than the past.

Prior to 1964, newspapers listed men’s and women’s jobs separately, and it was legal to exclude women from high-paying jobs, promotions, and pay raises. Since then, women have increased their representation in high-level jobs, yet relatively few women make it to the very top. Women comprise only 15 percent of law firm equity partners and 23 percent of full professors. At the current rate of hiring, it would take 278 years for equal numbers of men and women to be CEOs.

While outright discrimination is illegal, office politics are still shaped by subtle biases, forcing women to be more accomplished—and savvier—than men to survive and thrive in high-level jobs. A new collection of interviews published last month with highly successful women in business, science and law confirm the large body of research suggesting that getting ahead involves more than “leaning in.” It requires women to navigate four distinct patterns of bias.

Our research included 71 interviews with women of color, and their answers revealed some of the ways the experience of gender bias differs by race.

For further information on these patterns and accounts of the strategies successful women use to navigate through them, see What Works for Women at Work: Four Patterns Working Women Need to Know, which Williams co-wrote with her daughter Rachel Dempsey. Contact: Joan C. Williams, Distinguished Professor, Hastings Foundation Chair, Director, Center for WorkLife Law, University of California, Hastings College of the Law; Williams@uchastings.edu; cell: 202-365-8013 or Rachel Dempsey, Yale Law Student; Rachel.W.Dempsey@gmail.com; cell: 202-250-1053.