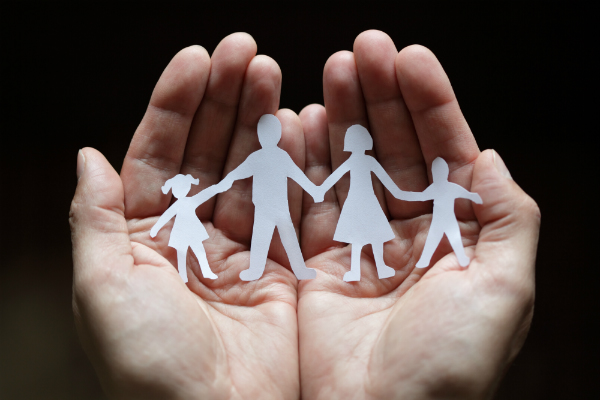 CCF PRESS ADVISORY: On 50th Anniversary of The Moynihan Report, Family Structure is *Still* Not the Problem. Economic and social changes since the 1965 dispute idea that family change has caused poverty and inequality or that getting people married would solve it.

March 5, MIAMI, FL—A half century ago, Senator Daniel Patrick Moynihan famously blamed single-parent families—especially those of African Americans—for poverty and other social ills. An online symposium, “Moynihan+50: Family Structure Still not the Problem,” prepared for the Council on Contemporary Families and published by CCF jointly with the Institute for Women’s Policy Research, demonstrates just how wrong Moynihan was in his still influential report.

In “Moynihan’s Half Century: Have We Gone to Hell in a Hand Basket?” Philip Cohen, Heidi Hartmann, Jeff Hayes, and Chandra Childers explain, “Yes, the changes in family structure that concerned Moynihan have continued. Single parent families have risen, becoming widespread among Whites as well other groups. But single parent families do not explain recent trends in poverty and inequality. In fact, a number of the social ills Moynihan assumed would accompany these changes have actually decreased.” Their paper includes ten graphs that show the continuing diversification of family life, the complicated changes in the relationship between poverty and family trends, and the declines of some social ills that Moynihan thought would get worse.

Why it matters. An accompanying  paper, “The Moynihan Report, Then and Now,” by historian William Chafe, reviews the troubling impact of the claims about black families made a half-century ago. Chafe explains, “By framing the report as a description of the breakdown of the black family, Moynihan ended up fueling a bitter controversy about family forms and gender roles instead of contributing to a constructive discussion of how to address the need for more black jobs.”

To demonstrate just how off the dire predictions were, Cohen and colleagues showed:

* In 1967 more than 60 percent of single-mother families were poor. Today, that poverty rate has been almost halved, falling to 35 percent.

* Today, almost 90 percent of Black young adults are high school graduates, compared with only about 50 percent in the 1960s; Black college completion rates have doubled, from less than 10 to almost 20 percent.

* Since 1994 juvenile crime rates have fallen by more than 60 percent for Blacks and Whites alike, even though marriage rates have continued to decline and the proportion of children born out of wedlock has reached 40 percent.

* It is true that single-parent families are more likely to be poor than two-parent ones, but fluctuations in poverty rates since the 1990s cannot be explained by changes in family structure.

* Marriage is no protection against racial inequality. Black and Latino children in married-couple families are, respectively, three- and four-times more likely to be poor than White children in such families.

Taken together, the evidence suggests that economic deprivation and insecurity affect family structure more than the reverse. But it is absolutely clear that American families, especially single-parent ones, face daunting challenges. The report suggests that since marriage promotion has not worked as a solution to family instability, other social policies might have more effect.

This week isn’t the first time the Moynihan Report has been revisited: At the near midpoint of this half century since the Moynihan Report, both Senator Moynihan and CCF research director Stephanie Coontz testified (.pdf) before the House Select Committee on Children and Families on family trends and what was—at the time—the popular buzz phrase of “family values.” While Moynihan predicted social chaos as a result of the destruction of traditional families, Coontz claimed that no family form has ever been able to protect its members from economic stress and interpersonal dysfunction without active support from federal agencies and community organizations. Coontz pointed out that American families have always been diverse, and that the male breadwinner family was a very recent and short-lived historical aberration. Far from being a natural or traditional arrangement, she claimed, it  was created by a strong union movement that pressed for higher wages, benefits, and job security and by a government that took a far more activist approach to creating jobs and fostering social mobility  than we have seen in recent decades. Its decline over the past 50 years is more result than cause of our current economic insecurity and inequality.