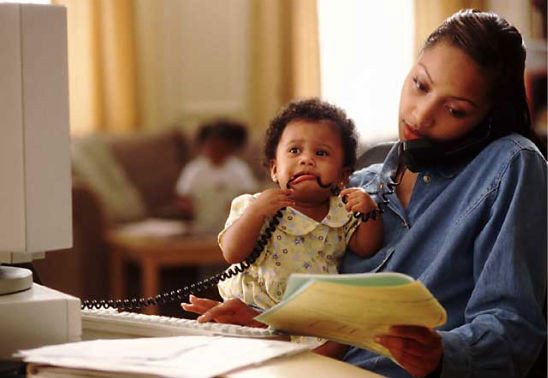 For many years, family researchers and working mothers have talked about “the second shift” – the extra work that employed women put in at home after their paid work day ends. And for just as long, feminist assessments of marriage have been shaped by earlier findings that when people married, the women began doing more household work, while the men started doing less.

Some research still seems to support this. Women continue to do a disproportionate amount of housework in families, despite an increase in men’s housework since the 1960s. Furthermore, in the late 1990s and early 2000s, the increase in men’s housework slowed or even declined, as did several others measures of progress toward gender equity. And on average, notes Liana Sayer, director of the Maryland Time Use Laboratory, women get 30 minutes less leisure time per day than men. That gap increases to an hour when researchers adjust for employment, education, family status, and age.

This CCF Online Symposium on Housework, Gender and Parenthood shows, however, that the division of labor in the home is more complicated than sometimes assumed, and that neither the institution of marriage itself nor “slacker husbands” are to blame for most contemporary sources of gender inequity. Liana Sayer writes that single childless women already do more laundry and cleaning than single childless men, a discrepancy that can’t be blamed on marriage. Comparing cohabiting couples with married couples who cohabited before marriage, University of North Carolina/Greensboro researcher Arielle Kuperberg argues that it is not marriage per se, but motherhood that increases women’s housework. On average, women were doing more housework than their male partners before as well as after marriage; it is the arrival of children that increases the gap between them.

Nevertheless, Kuperberg notes, that gap narrowed considerably between the 1980s and 2002. Taking an even longer perspective, Sayer finds that as of 2012 married mothers were doing almost three and a half times as much cooking, cleaning, and laundry as married fathers. But back in 1965 they did 22 times as much!

Three researchers from the Ohio State University take us behind the averages to investigate what happened to 182 couples who were explicitly committed to sharing household chores and child care and who were expecting their first child. Prior to the birth of the child, these couples reported an equal division of paid and unpaid work, a perception confirmed by time diaries, which researchers have found to be more accurate than survey answers.

Nine months after the birth, the couples told researchers they had each added about 30 hours to their total weekly workload. But this time the diaries contradicted their reports of equality: The women were actually doing much more childcare and housework than their husbands, even though they were not working fewer hours for pay, and the men were doing much less housework than they and their wives believed, even though they had not added more paid work hours.

Oxford University’s Oriel Sullivan and her co-authors step back to synthesize a larger set of cross-national data. They find that the long-term trend has been toward a significant increase in men’s unpaid household work. The leveling off or decrease in men’s housework found in some countries in recent years is largely accounted for by increases in the time men spend in child care and shopping.

Liana Sayer explores similar changes in the United States in more detail. She refutes the common belief that fathers have only taken on the fun part of childcare, leaving mothers stuck with most of the physical care work. In fact, married fathers doubled their developmental care of children (the “fun” – or at least more rewarding — stuff) between 1965 and 2012 but tripled their daily physical care. Married mothers still do more physical care than their husbands, but the biggest increase in their time with kids has also been in developmental activities. Sayer argues that these changes, which are concentrated among the college-educated, have more to do with maintaining class advantages than perpetuating gender inequality.

Both Sullivan and Sayer report that when we take into account that husbands tend to work more paid hours than wives, we find that — aside from families with very young infants, such as those described in the OSU study — the total work hours of couples (combining paid and unpaid labor) are basically even. And Sayer notes that some of women’s greater involvement in childcare, laundry, and cleaning tasks may result from their own choice rather than direct pressure from their husband.

Despite such findings, these researchers conclude that gender equity has not been achieved and advise parents and policy-makers to work for further change. This is partly because many of the “choices” women make are imposed by social pressures and practical necessities. For example, many women would prefer to work more paid hours, but report being shut out or pushed out from their jobs once they become mothers. There is also far more intense social pressure on women than on men to prove they are “good” mothers who can keep a clean house.

Perhaps even more important, working equal but different total hours, even by choice, leads to unequal outcomes in security and well-being for women and men, especially over the long run. When a woman quits work, reduces hours, or takes a less-challenging job, she sacrifices earnings, raises, promotions, unemployment insurance, and pension accumulations, thereby undermining her future economic security. She is also less to likely to have the kind of work continuity that has been found to protect a woman’s mental and physical health better than part-time work, staying home, or experiencing frequent bouts of unemployment.

Furthermore, this kind of division of labor severely hampers a woman’s ability to rise to positions of economic or political leadership. Of the top 40 CEOs in America, only four are mothers, while 35 are fathers and one is a non-parent. Just five of the top 40 top government leaders are moms, while 33 are dads and two are non-parents.

There are risks to the marital relationship as well. Psychologists Philip and Carolyn Cowan have shown that couples who slide into a more traditional relationship after the birth of a child tend to experience declines in marital quality. This is why the OSU researchers advise parents of new-borns to take off their rose-colored glasses and confront the inequity in their workloads before it becomes baked into their relationship.

Sullivan and Sayer suggest that government policies such as subsidizing child care and limiting the work week can make a critical difference in facilitating more equal sharing of paid and unpaid work, which seems to be a growing desire among modern couples – and also a growing source of marital satisfaction. As another recent CCF research briefing shows, paternity leave can also be an important part of the solution, producing long-term changes in men’s housework and childcare. Meanwhile, these four CCF symposium papers offer a treasure trove of about how modern couples are negotiating – and slowly changing – the way they organize their family lives.