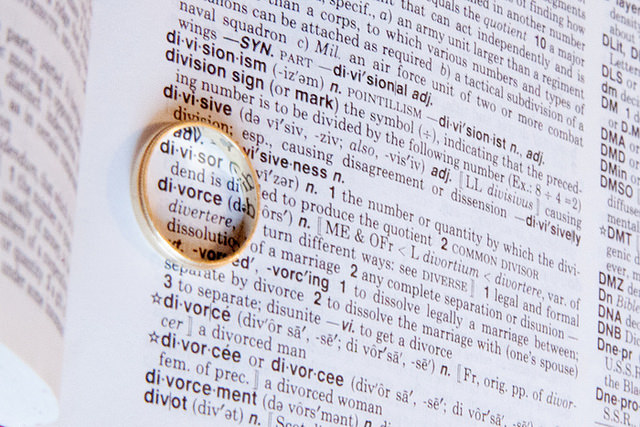 Remarriage in the United States: If at first they don’t succeed, do most Americans “try, try again”?

Among men and women in their early 40s, more than half of all marriages are remarriages. And among divorced or widowed individuals under age 45 who are not yet married, more than half (56 percent) say they expect to marry again. Remarriage is not the only way that previously-married individuals establish new relationships. As of 2013, almost half (47 percent) of cohabiting adults were previously married.

People are taking more time to remarry than in the past. Half of men and women who remarry after a divorce from a first marriage do so within about four years (Kreider and Ellis 2011). A decade earlier, half remarried in about three years (Kreider and Fields 2002).

Love, marriage, and then a baby carriage is no longer the only route to starting a family. Today, 38 percent of couples who marry for the first time already have a child under 18 living in the home, but this is even more common among remarried couples, where 46 percent of such couples already have a child in the home. And while the rate of remarriage has declined, it is still the case that the majority of remarriages involve children. Nearly 63 percent of women under age 45 in remarriages are living in a stepfamily (Stykes and Guzzo 2015), but it is far more common for men than for women to be resident stepparents. Among remarried women in a stepfamily, only nine percent are living with a stepchild, whereas 46 percent of remarried men in a stepfamily are living with a stepchild (Stykes and Guzzo 2015).

Thus, remarriages often mean the formation of complex families. This can present rewards in terms of having two parents in the home and resources from two parents, but at the same time it poses challenges to children and parents as new family roles and responsibilities must be negotiated (Stewart 2007). Stepfamilies typically struggle with family ambiguity, and on average, children in stepfamilies do not fare as well as those raised in two biological parent families.

In the past, stepchildren have been found to be associated with lower remarriage stability and quality. However, one study found that while the presence of stepchildren in a home was associated with lower marital quality and higher conflict in 1980, by 2000 this pattern was reversed (Amato, Booth, Johnson and Rogers 2007). Thus, as stepfamilies have become more common it is possible that couples are better able to adjust to these complex family living arrangements.

Thus, although several studies have shown that the relationship quality reported by remarried and first married couples is similar (Bulanda and Brown 2007; Whitton et al. 2013), there is no question that remarriages are more fragile than first marriages. Remarried individuals with a weak commitment to marriage are the most likely to move toward divorce (Whitton et al. 2013). Remarried couples with lower incomes and/or less education also have higher risks of experiencing another divorce.

Still, relationship researcher Terri Orbuch notes that remarried couples who have a strong commitment to marriage, who make an active effort to nurture their relationship, and who communicate well with each other can have as stable and high quality relationships as couples in a first marriage (Orbuch 2012; Shafer et al. 2014; Whitton et al. 2013). And remarriages confer at least some of the same health benefits as first marriages (Noda et al, 2009). In an appendix to this report, “Remarriages and Stepfamilies Are Not Doomed to Fail,” CCF Graduate Research Scholar Braxton Jones summarizes new research and lists several books and articles that address how to improve the functioning of remarried couples and blended families.

Noda, Tatsuya et al. 2009, “The Health Impact of RemarrTo her credit, although in a rather disquieting way, Goffman does not claim that she did it for science. “I did not get into the car with Mike because I wanted to learn firsthand about violence,” she wrote. “I got into the car because . . . I wanted Chuck’s killer to die.” Nor is she remorseful. “Looking back, I’m glad that I learned what it feels like to want a man to die—not simply to understand the desire for vengeance in others, but to feel it in my bones,” she explained. That might be a revelatory passage in a memoir, or a plot point in a sequel to The Departed, but it is an alarming confession from an ethnographer.iage Behavior on Chronic Obstructive Pulmonary Disease: Findings From the US Longitudinal Survey.” BMC Public Health. Retrieved from http://www.ncbi.nlm.nih.gov/pmc/articles/PMC2781819/

Appendix: Remarriages and Stepfamilies are not Doomed to Fail

By Braxton Jones, CCF Graduate Research and Public Affairs Scholar. In the fall, Braxton will be a graduate student in Sociology, University of New Hampshire; bjj1002@wildcats.unh.edu.

But in both cases, a solid majority of respondents reported feeling “very obligated” to stepfamily members, which was a much higher percentage than said they would feel obligated to help their best friend. Furthermore, a 2013 Dutch study found that, particularly for fathers, marriage and the length of co-residence had more of an effect on the strength of relationships between children and their biological and stepfathers than biology. A longitudinal study of U.S. data also found that children feel closer to stepfathers when they perceive the remarriage as a healthy relationship.

Stepparenting is, on average, more stressful than biological parenting, especially for women. Here too, however, high marital quality buffers that stress, and so does resisting traditional gender roles. In fact, a 2014 study found that stepparents who held non-traditional gender ideals and had a high-quality marital relationship had levels of stress that were as low as those of biological parents. In light of this and other findings, researchers note that remarried families and stepfamilies have to be more flexible about family boundaries and gender assignments than first-marriages with two biological parents in the home. Accordingly, many remarried couples report greater equality in their relationships than in their first marriages (Coleman & Ganong 2015).

Overall, evidence supports the claim that the climate within the family, rather than its structure or biological make-up, is the most important predictor of children’s as well as partners’ well-being and satisfaction. As the authors of a 2012 study put it, “what goes on inside the family matters more than who is in the family.”

For more information on successful remarriages and stepfamilies, see: