September 16, 2015; The U.S. Census Bureau’s report on income, poverty and health insurance coverage, released today, reflects the continued uncertainty for U.S. families that has persisted since the Great Recession. Year-to-year changes in most trends were modest or not statistically significant—except in the case of health insurance coverage—but the longer-term trends are important. 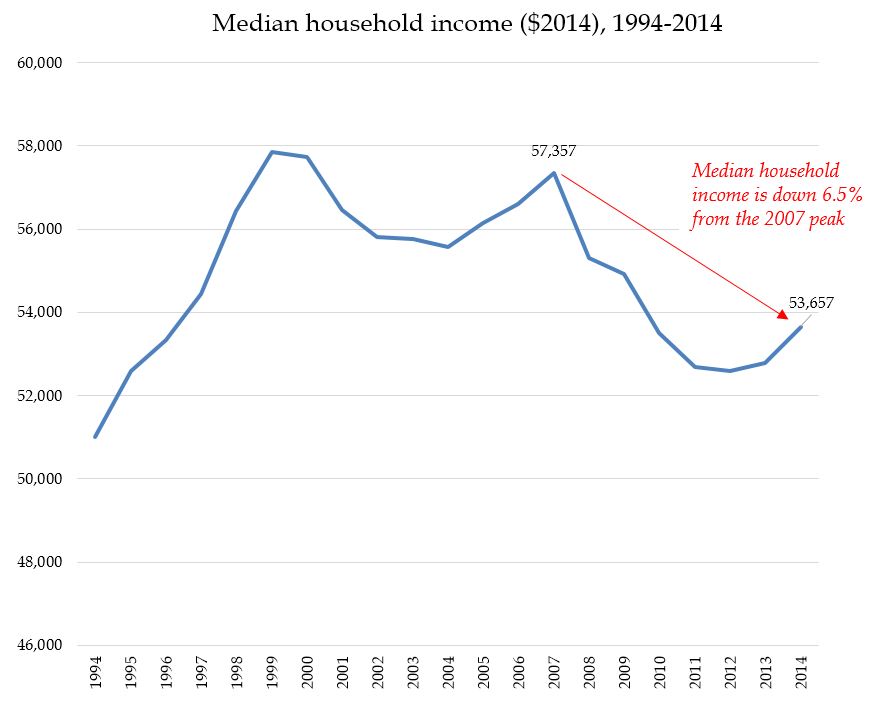 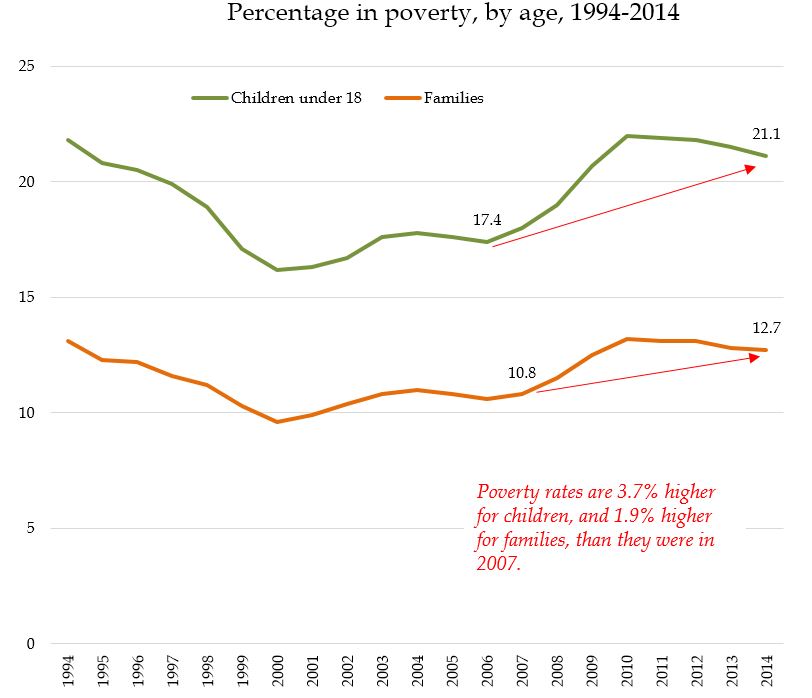 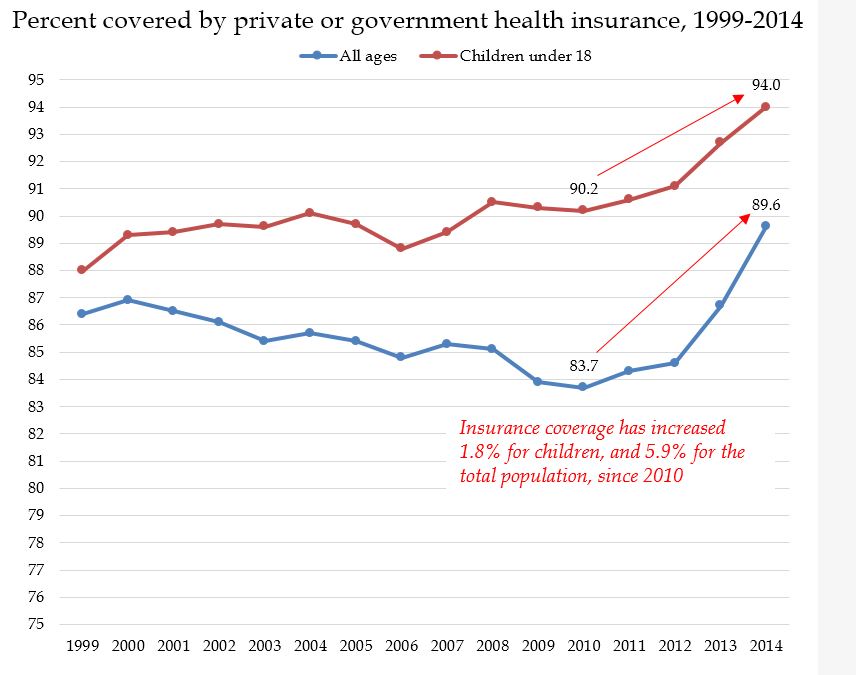 The expansion of health insurance coverage may be easing the strain on families, helping mitigate one source of uncertainty and potential crisis.

Despite strong job growth, the recovery remains a mixed one for U.S. families, with significant uncertainty and hardship a persistent part of family life for many people. However, with household income down and poverty up, the expansion of health insurance coverage may be easing the strain for families, helping to mitigate one important source of uncertainty and potential crisis—the costs associated with a sudden, or ongoing, health condition requiring expensive care.

Philip Cohen is in the department of sociology at the University of Maryland. The coeditor of Contexts, he is the author of Family Inequality.