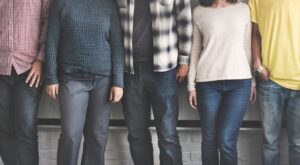 Gender, Politics, and Millennials? Research to sort out a hot mess.

CCF’s Gender and Millennials Online Symposium presents new research on how Millennial men and women are changing—and how they are not changing. Countering the recent trend of ignoring inconvenient facts, this symposium makes it clear that attitudes about gender equality are more complex than either supporters or opponents of feminism often admit.

AUSTIN, TX. March 31, 2017. The Council on Contemporary Families has released a Gender and Millennials Online Symposium revealing that young adults have become less supportive of gender equality at home over the past two decades—though not in Europe, where work/family policies are more generous. Yet the benefits of egalitarian marriages, for both partners, have increased during the same time frame.

In this eight-part series, there’s the old news: women and men are more likely to endorse gender equality than ever—and they live lives that express that. Then there’s the not-so-old news: progress toward gender equality has slowed since the 1990s. Some call it a stall. And there’s new news: youthful gender attitudes are more variable than we thought, and at least among younger Millennials, a continued endorsement of equality at work has been accompanied by a dip in support for equality at home. The debate between what the differences of millennials vs. gen z are still continues, but when you get a chance to hear about what individuals from these demographics have to say, you may be able to see what sets them apart and maybe even brings them together. And therein lies the complex set of reports that comprise the Council on Contemporary Families Gender and Millennials Online Symposium, released today.

The keynote essay, “Trending Towards Traditionalism? Changes in Youths’ Gender Ideology,” by sociologists Joanna Pepin (University of Maryland) and David Cotter (Union College), reports that when it comes to work and politics, young adults are increasingly egalitarian. But when it comes to home life, the 40-year-long move toward gender equality has stopped or reversed in recent years.

While young people endorse at rates of 90 percent or higher the idea that men and women should be equal at work, Pepin and Cotter see a trend in greater traditionalism at home. They call this “egalitarian essentialism”—a concept that seems to go a long way in describing the complex trends in gender attitudes presented today. In her overview essay “CCF Gender and Millennials Online Symposium: Overview,” historian Stephanie Coontz defines egalitarian essentialism as combining “a commitment to equality of opportunity with the belief that men and women typically choose different opportunities because men are ‘inherently’ better suited to some roles and women to others.” Coontz explains, “Egalitarian essentialism assumes that as long as women are not prevented from choosing high-powered careers, or forced out of them upon parenthood, their individual choices are freely made and are probably for the best.”

Nika Fate-Dixon identifies similar trends among young people in the 18-25 age group, using data collected since 1977. In “Millennials Rethinking the Gender Revolution? Long-Range Trends in Views of Non-Traditional Roles for Women” she found that by 1994, 84 percent disagreed with the claim that a woman’s place was in the home. In 2014, however, the percent disagreeing had dropped to three-quarters. While Pepin and Cotter found that the backtracking on gender equality occurred among both men and women high-school seniors, Fate-Dixon found a sharp and growing gender gap among people in their early 20s, with men driving most of the decline.

Politics: Young people—ages 18-30—were by far the strongest supporters of Clinton over Trump in the 2016 Presidential Election. However, according to Kei Kawashima-Ginsberg’s “How Gender Mattered to Millennials in the 2016 Election and Beyond,” only 25 percent of the women Millennial voters and 15 percent of the Millennial men identified as feminists. Furthermore, Kawashima-Ginsberg, Director of Tuft University’s Center for Information and Research on Civic Learning & Engagement (CIRCLE), Millennials’ support for Clinton in 2016 was ten percentage points lower than their vote for Obama in 2008, further evidence for a dip in enthusiasm for gender equality.

Other political research presented by political scientist Dan Cassino (Fairleigh Dickinson University) in “Some men feel the need to compensate for relative loss of income to women. How they do so varies” suggests that some men have reacted negatively to women’s economic gains. During the primaries, male voters who were reminded of women’s growing economic clout became markedly less likely to express a preference for Hillary Clinton. When Cassino studied men who had actually lost income relative to their wives, however, Republicans and Democrats reacted in different ways. Men who were Democrats became more liberal as their share of household earnings fell, while Republican men became more conservative.

Married life: In “A View From Above: How Structural Barriers to Sharing Unpaid Work at Home May Lead to “Egalitarian Essentialism” in Youth”, Dan Carlson, assistant professor of family and consumer studies at the University of Utah, suspects that this backsliding on gender equality is less a product of gender threat than it is due to the absence of work/family policies that make domestic equality possible. Since the 1990s, the historically higher risk of divorce for couples where the wife earns more than her husband has disappeared. And these days, in contrast to the past, couples in which husband and wife equally divide family chores and child-rearing now report higher marital and sexual satisfaction than more traditional couples. Carlson suggests that support for domestic equality continues to strengthen among children of dual-earners when they have access to family-friendly work policies, but that youth who have seen their parents overwhelmed by economic and time pressures may have gotten discouraged.

Research on European countries—where social supports for families are stronger—backs Carlson up. Using European public opinion surveys, Professor Jan Van Bavel (University of Leuven) found no dips in egalitarianism related to home life or work life in “The Reversal of the Gender Gap in Education and the Continued Push towards Gender Equality.” He writes, “In the more recent round of the European Social Survey, in 2010, the responses tended to be less conservative and more gender egalitarian than six years earlier, in 2004.”

Well, maybe “Millennials” isn’t such a great category. In “The Use and Abuse of Millennials as an Analytic Category,” sociologist Frank Furstenberg (University of Pennsylvania) warns against over-generalizations about such a diverse group as the Millennials. He argues that the 18-to-25-year-olds interviewed in 2014 are not really comparable to those interviewed in 1994: They are far less likely to be married or employed in permanent jobs than this age group 20 or 40 years earlier. In her overview essay, historian Coontz notes that CCF Board President Barbara Risman’s research supports this warning against stereotyping a generation. In Risman’s interviews with Millennials for a forthcoming book, she was struck by the contradictory expectations about gender and family life expressed even within a single conversation. Furstenberg and Van Bavel suggest that as youths enter married life, and especially if they gain access to family-friendly work policies, they may well change their views. But Pepin and Cotter warn that this is by no means inevitable.

Update: After this symposium was posted, 2016 data from the General Social Survey became available. The latest numbers show a sharp rebound in young men’s disagreement with the claim that male-breadwinner families are superior. GSS two-year trends are exceptionally volatile, due to the small size of the sample, and the overall decade averages still confirm a rise in traditionalism among 18-to-25-year-olds since the 1990s. But the new data shows that this rise is no longer driven mainly by young men, as it appeared to be in the General Social Survey results from 1994 through 2014. Nevertheless, other evidence for a Millennial gender gap still stands, so stay tuned for more updates on this moving target.

CCF ADVISORY/EXECUTIVE SUMMARY: Gender, Politics, and Millennials? Research to sort out a hot mess. By Virginia Rutter and Megan Peterson

Trending Towards Traditionalism? Changing in Youths’ Gender Ideology by Joanna Pepin and David A. Cotter

Some men feel the need to compensate for relative loss of income to women. How they do so varies by Dan Cassino

A View From Above: How Structural Barriers to Sharing Unpaid Work at Home May Lead to “Egalitarian Essentialism” in Youth by Daniel Carlson

The Council on Contemporary Families, based at the University of Texas-Austin, is a nonprofit, nonpartisan organization of family researchers and practitioners that seeks to further a national understanding of how America’s families are changing and what is known about the strengths and weaknesses of different family forms and various family interventions.

Read our blog Families as They Really Are – https://thesocietypages.org/families/