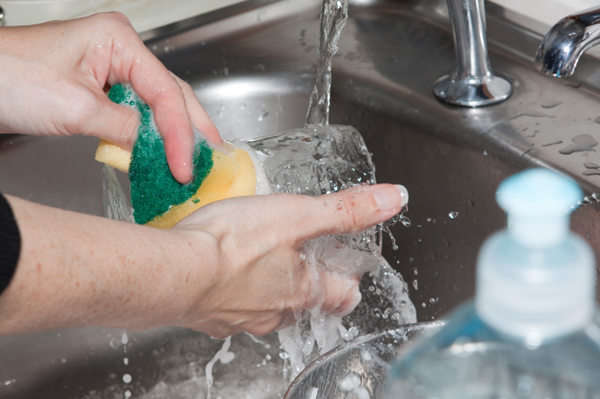 Let’s face it: The road to happily-ever-after is pitted with potholes. Children, finances, and in-laws can all put stress on a marriage. But what about who cleans the floor? This matters, too. A survey released this week by the Pew Research Center shows that most Americans now regard sharing household chores as more vital to a good marriage than such traditional measures of marital success as having children.

This does not mean couples are neglecting their kids. Indeed, both moms and dads are now spending more time with their children than in 1965, the heyday of the female homemaker.

But just having kids is no longer sufficient for a marriage to last. As detailed in one study recently published in the American Journal of Sociology, and in my ongoing research about the relationship between housework and divorce, I find American couples that share employment and housework are less likely to divorce than couples where the husband does all the earning while the wife does all the cleaning. These findings starkly contrast with the claims of some that to turn back high rates of divorce, we should return to the male breadwinner family idealized during the 1950s and 60s in such television programs as “Father Knows Best” and “Leave it to Beaver.”

One reason some people urge a return to male breadwinner marriages is that wives’ employment is associated with greater risk of divorce. Among U.S. couples, however, I find this increase in divorce risk when the wife is employed is more than offset when a husband takes on an equitable share of the housework. So it is not women’s employment that directly leads to divorce, but only the strain of her employment when she must still perform the housework alone as well. Using data from the Panel Study of Income Dynamics to follow couples marrying for the first time between 1985 and 1995, I found that couples where the wife earns about 40 percent of the income while the husband does about 40 percent of the housework have the lowest risk of divorce – considerably lower than the divorce risk in families where the husband earns all of the income and the wife does all of the housework. We have not yet realized perfect equality, however. The divorce risk begins to rise again when a wife starts earning as much or more than her husband and he does more of the housework. But this risk does not exceed that of male breadwinner marriages until the woman earns more than 80 percent of the couple’s income. This means neither “Mr. Mom” nor “Father Knows Best” is a stable family scenario for American couples today.

Surprisingly, although either extreme is rare, “Mr. Mom” is more common now than “Father Knows Best.” Less than 1 percent of the couples I studied reported the husband earns all of the money while the wife does all of the housework. In contrast, almost 3 percent of couples claimed that the husband does all the housework while the wife earns all the money. The vast majority of couples share responsibility for the family’s financial security as well as the household maintenance. Indeed, a research paper issued this May by the Council on Contemporary Families reveals that each generation of men is doing more domestic work and childcare than the previous one. So couples appear to understand what many pundits do not. In today’s world, it is give-and-take that makes marriage work. Returning to the days when marital tasks were divided and gendered would do the opposite of what proponents of “traditional” marriage believe; it would ring the death knell for modern American marriages.

For the names of U.S.-based researchers who can discuss new findings about why today’s marriages succeed and fail, contact Stephanie Coontz, Director of Research and Public Education at the Council on Contemporary Families: coontzs@msn.com, 360.556.9223.