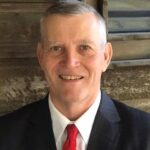 Emory is a native of Houston, Texas and married Carolyn Reed of Rexburg, Idaho after he completed two years of voluntary missionary service in Japan.  They have five children and 16 grandchildren.

Emory graduated with a PharmD degree from UC San Francisco in 1984.  In his first month of hospital clinical rotations as a pharmacy student, he set a career path toward hospital pharmacy and student precepting.

Emory has held a visiting professor appointment with Toho University Faculty of Pharmaceutical Sciences, in Chiba, Japan for 12 years.

He served on the Board of Directors of the Texas Society of Health System Pharmacists for 10 years, including serving one term as President.

Disclosure:  Dr Martin has no relevant financial relationship(s) with commercial interests or conflicts of interest to disclose.