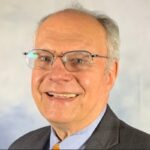 Dr. Saklad was born in Los Angeles, California in 1953, and graduated from Pacific Palisades High School in 1970. He received his baccalaureate degree cum laude in Bacteriology from the University of California, Los Angeles in 1974. His Doctor of Pharmacy degree was earned at the University of Southern California in 1978. He had a National Institute of Mental Health training fellowship in Psychiatric Pharmacy supervised by Jim Wilson, Pharm.D., BCPP at the Nebraska Psychiatric Institute of the University of Nebraska Medical Center at Omaha in 1978-9. He then joined the faculty of The University of Texas at Austin College of Pharmacy and the clinical staff at San Antonio State Hospital (SASH) in 1979. He was the first clinical pharmacist employed by the Texas Department of Mental Health and Mental Retardation (now Texas Health and Human Services) when he began as Clinical Coordinator at SASH. He has lived in San Antonio, Texas since 1979. He is married and the father of triplet sons.

During his 38 years career, Dr. Saklad has provided clinical care, education, and research in a variety of settings and treatment roles at SASH. He team teaches didactic courses for second and third professional year pharmacy students. He is the course director for Advanced Pharmacotherapy Laboratory, a third professional year opportunity for students to develop their clinical presentation skills that is given across four campuses. He precepts and mentors third and fourth professional year pharmacy students (P3’s & P4’s) at SASH. He received the UT Austin College of Pharmacy’s Teaching Award from the Class of 2014. He authored and successfully discussed with members of the Texas Legislature the creation of a clinical research unit at SASH that was funded by the Texas Legislature and jointly governed by the UT Austin College of Pharmacy, UT Health Science Center San Antonio Department of Psychiatry and SASH.

Dr. Saklad initiated and developed the first websites for the UT Austin College of Pharmacy in 1994, the College of Psychiatric and Neurologic Pharmacists (CPNP) in 1997, and the CPNP Foundation in 2015. He helped to design, organize and was a founding member of CPNP when it incorporated in 1998 as well as the CPNP Foundation in 2012. In 2003, he was elected to the Board of Directors of the CPNP for a two-year term. He has served as a member or officer of the CPNP Communications Committee since the creation of CPNP from 1995 to 2011 and was the Founding Senior Editor of the Mental Health Clinician, CPNP’s Open Access journal, from 2011-13. Currently, Dr. Saklad is Treasurer of the CPNP Foundation a member of the CPNP Business Development Committee. He was on the task force that developed The Mental Health Pharmacy Directory to improve patient access. He is the Director of The University of Texas Psychiatric Pharmacy Program. In 1988, he helped to create and has chaired The University of Texas at Austin College of Pharmacy’s Psychiatric Pharmacotherapy Update since 2007.

Dr. Saklad publishes articles and presents to many groups around the country on a variety of pharmacy and mental health-related topics. He edited Psychopharmacology Update newsletter from 1998-2002 and edited two editions of a compendium based upon this newsletter, Psychopharmacology Desktop Reference, published by Manisses Communications Group in 1999 and 2002. He provides updates on his Twitter feed on a variety of topics @pharmacopsych.

Dr. Saklad is a principal or co-investigator for several studies of the efficacy and adverse effects of Phase II, III, and IV psychotropic agents in schizophrenia, mood disorders, depression, and other serious and persistent mental illness, as well as their pharmacokinetics and interactions. He was the Director of UT Health Science Center San Antonio’s Advanced Pharmacotherapy Research with research facilities located at Laurel Ridge Treatment Center and President of Alamo Superior Research, LLC. He has been affiliated with the Behavioral Wellness (“Be Well”) Center, Department of Psychiatry, UT Health San Antonio since 2009.

Disclosure: Dr. Saklad has the following relevant financial relationships, potential or perceived, with commercial or conflicts of interest to disclose: