I really don’t know how I feel about this.

It sounds cool and environment friendly but thinking about 3D printers we have in the studio, even with the best machines how long will it take for them to print it? What kind of machine? Is it good enough to survive in an earthquake? Too many questions!

If you want, you can read Neri Oxman’s essay on the reasoning behind the graphic below. 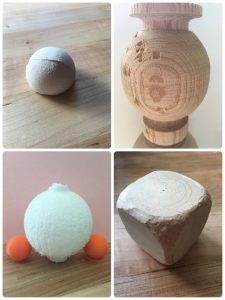 Besides focusing on the material of the sphere, I also need to focus on other materials that help me to make the sphere while casting. It really likes an experiment.

Unlike whittling and turning, that you need to really participate in the process of making sphere, 3D printing allows me doing nothing while the machine is making the sphere. Therefore, I can observe the process really carefully. However, I quit feel that the relationship between object and me is not that close.

The machine makes me feel like I am working with a turning expert. And I need to learn how to work with it. If we find the way to work with each other, we are able to make the sphere faster. However, if we use the wrong way, it might also destroy faster. 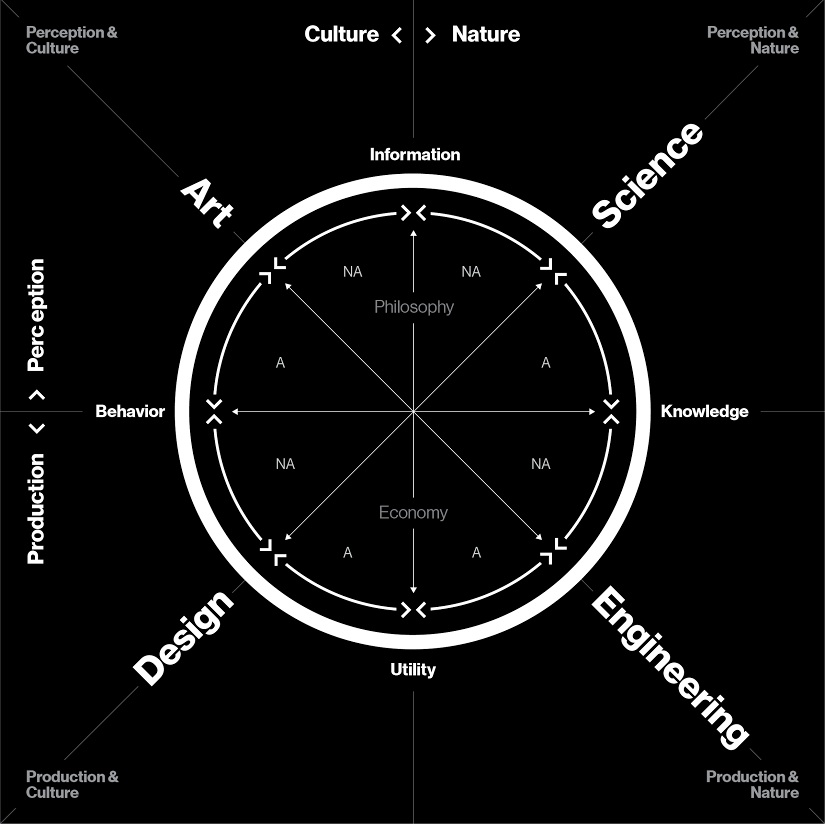 I took a class my last semester of undergrad by a woman named Neri Oxman. She’s amazing, please Google her. But she showed us this graphic during one of the lectures, and it shows the intersections and paths between these four disciplines. We tend to think of them as completely different and separate, but they are really more connected than we think. The graphic reads a bit like a graph and a bit like a cycle. I just thought it related to some of the readings we’ve been doing that talked about how design is like an intersection between art and engineering and that talked about the benefits of a more holistic education.

It was made to promote a new journal with the MIT Media Lab and in conjunction with MIT Press. Check out the Journal of Design and Science. And you can read some articles on the journal and the intentions behind it here and here.

The different ways of making sphere made me wonder how closely it relates to the method of problem solving. When we start finding solutions to a problem, there are practically numerous ways to approach a problem, and all those approaches would take us on different journeys and experiences. We not only learn and explore new stuff along the way, the efforts and the outcomes also changes to certain extent. Interesting thing is there never is a wrong result or one perfect way to solve a problem, it is highly contextual. The approach we take to solve any problem is often defined by the constraints we have. For example – Time, Costs, Material, Efforts, Resources Etc.

In the sphere context, it all started with one basic motive – to create spheres. And these images posted below give us sense of how different methods can generate different results to the same topic. 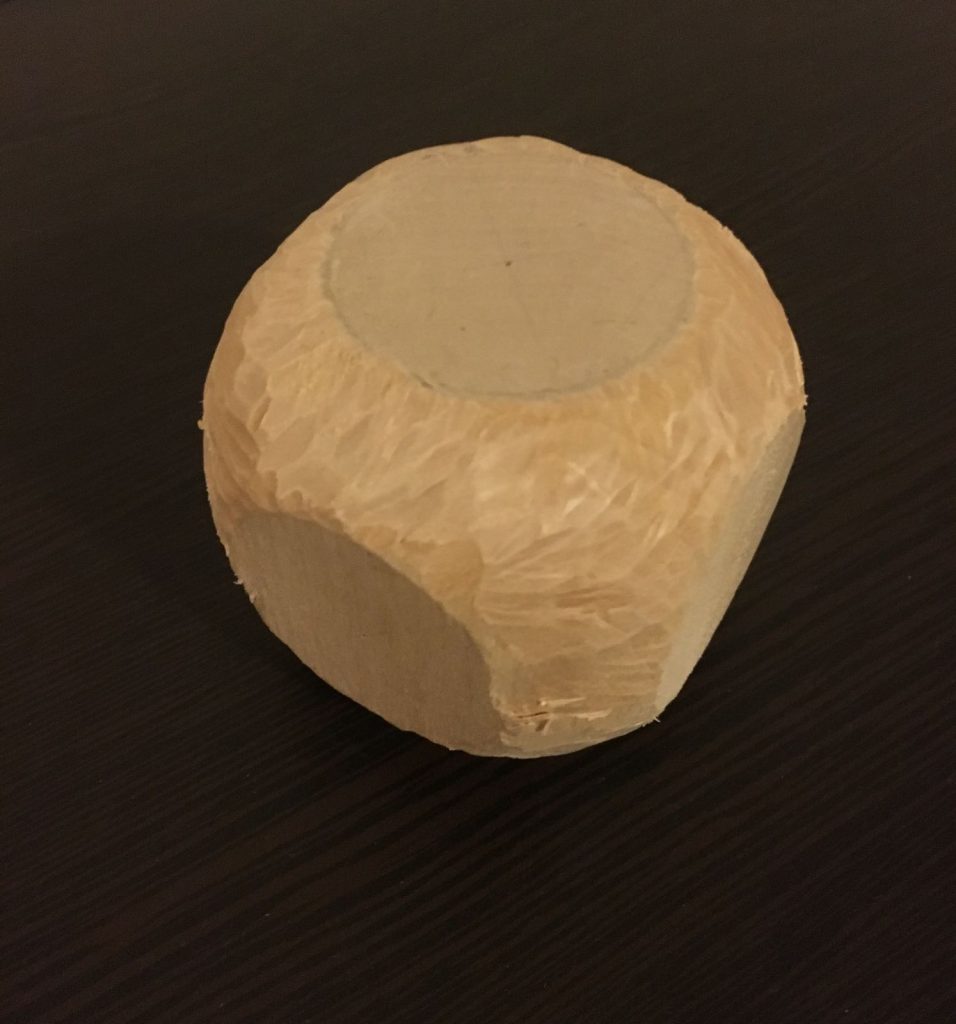 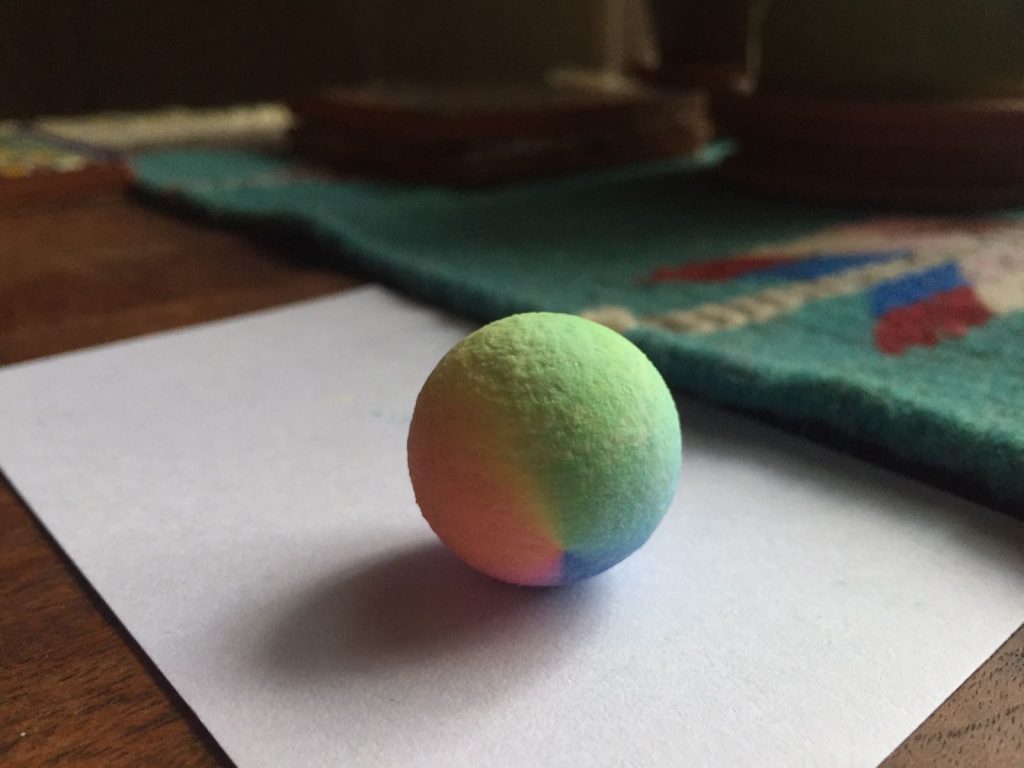 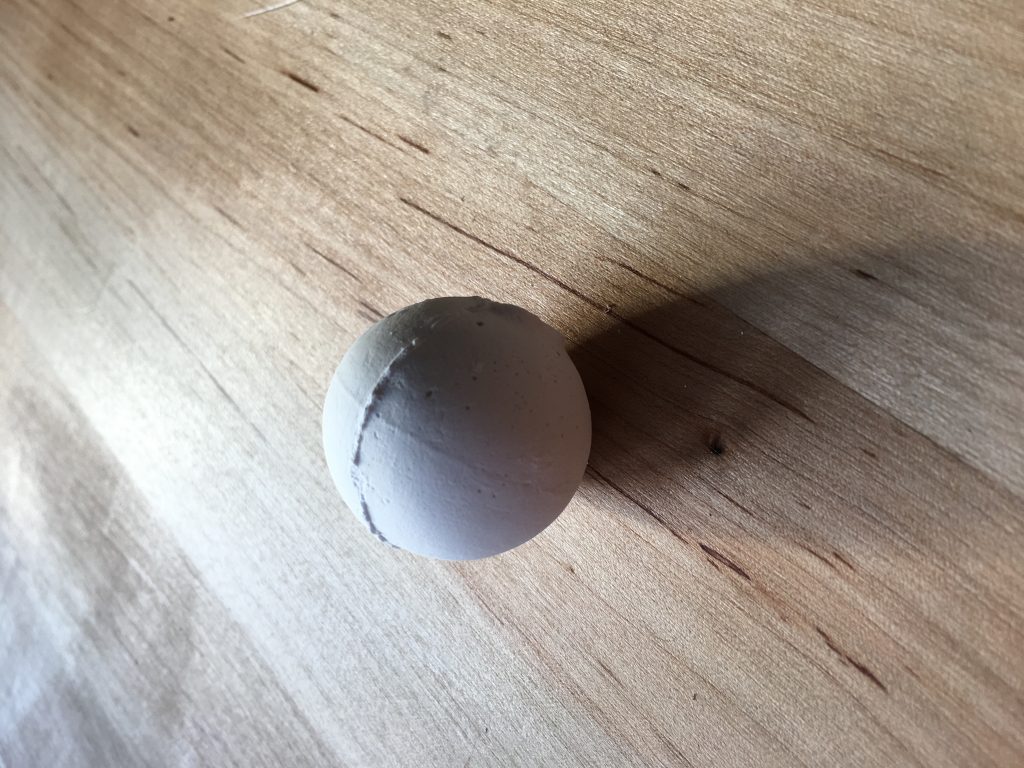 I am still not sure what kept me away from the Woodshop but I know that I am one of the last people who completed it. When I was “turning” the wood, I was intimidated by the power of the machine, how it can harm me with just a moment of carelessness. And at the end it did! I cut myself, again, after whittling. I was also kind of frustrated how much time it took and my limitation to one day, since moving the wood from the machine caused some orientation problem later on. So here comes the confusion: A machine that is supposed to make process easier limits me, frightens me and demands attention.

With the Fab Lab, it was like watching an entertainment show. Machines seemed less aggressive and more gentle and they didn’t require my hands therefore safer. However, it took 40 minutes just to create a little sphere and it was not the “perfect” sphere, it had flaws. One of the reasons for time and quality was the machine itself, which made me think of: “So now even the perfection requires money.” If you have the money, you can have better machine and better results.

Or you can go with a fun way and do your own! Last week’s class was really fun for me since I like creating things with my hands in the most analogous way. It also reminded me Bauhaus curriculum that was based on learning and experimenting with materials. In a world where digital became the material, I believe that “touching” gained even more value. We start learning about our environment by touching, tasting, smelling and at the age of 7, with school, we are expected to transfer what we have learnt through an abstract medium. We are not teaching our language to a material anymore, we are trying to learn the language of computer that is developed by other people and I think it limits us, forces us to think in computer’s terms instead of ours. 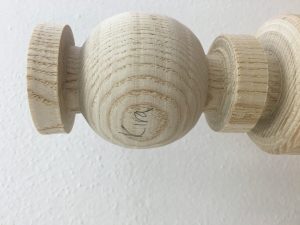 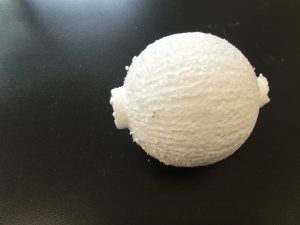 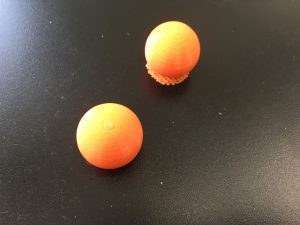 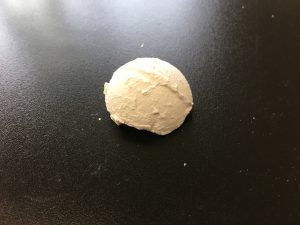 Digital Fabrication is a favorite topic of mine. As someone who’s used these machines and methods many times in my architecture, engineering, and design work, I constantly think of ways to make something. Do I have an idea for a product design? I’ll do a rough sketch and spend some time just thinking about the Rhino commands I’d need to use to make a 3D model. I’m a visual thinker, so it’s easier for me to understand something if I see it or a drawing of it rather than using words.

When it came to physically making a sphere, not just typing a command on Rhino and sending it to a machine, I found that I got more enjoyment and satisfaction out of the fabrication. Spending time whittling or turning made the final satisfaction sweeter. 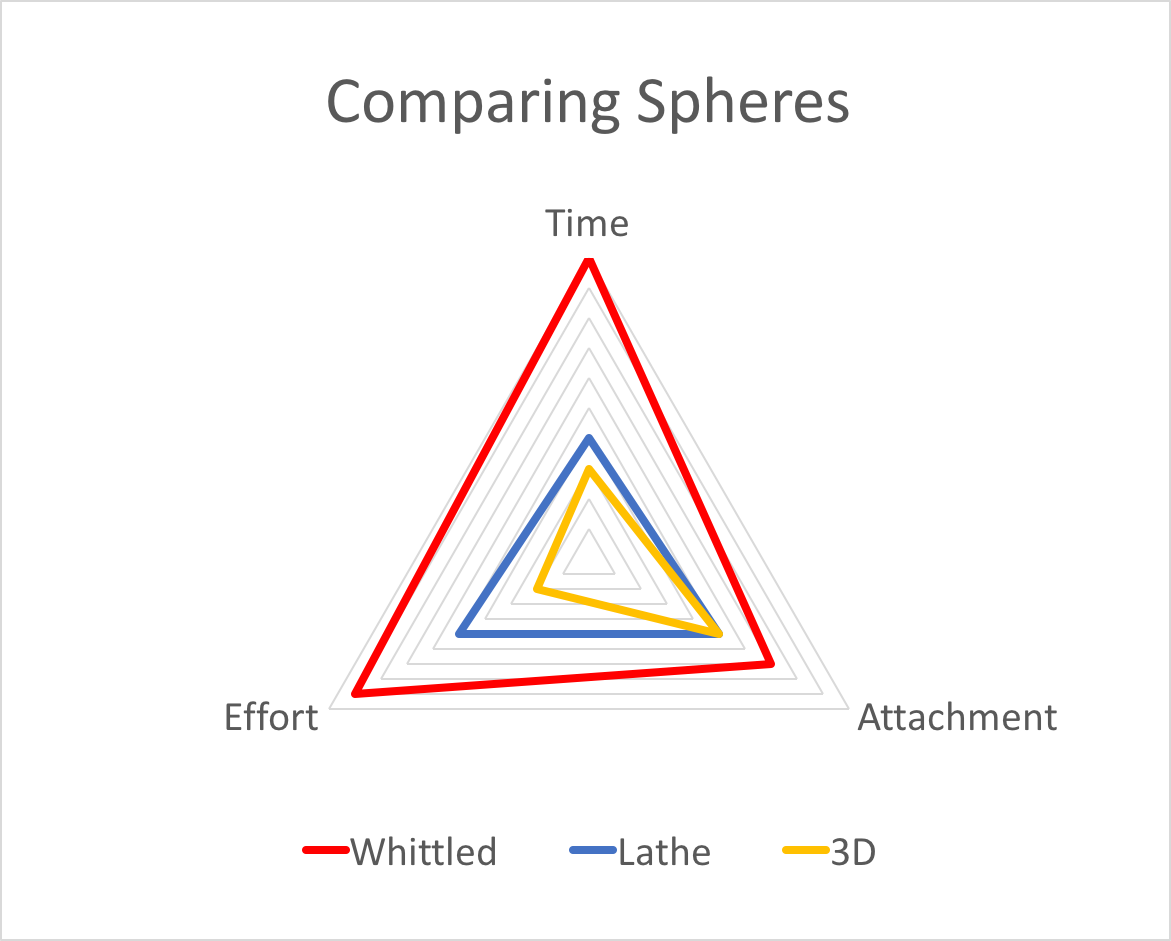 The process of creating spheres made me think about how we value the objects we’ve created, especially as the production process forces us to make necessary trade-offs. The radar chart above was created to help visualize how I experienced the production process and the resulting attachment I felt for each object (except the cast sphere). I’ve added a few additional thoughts on the process below. 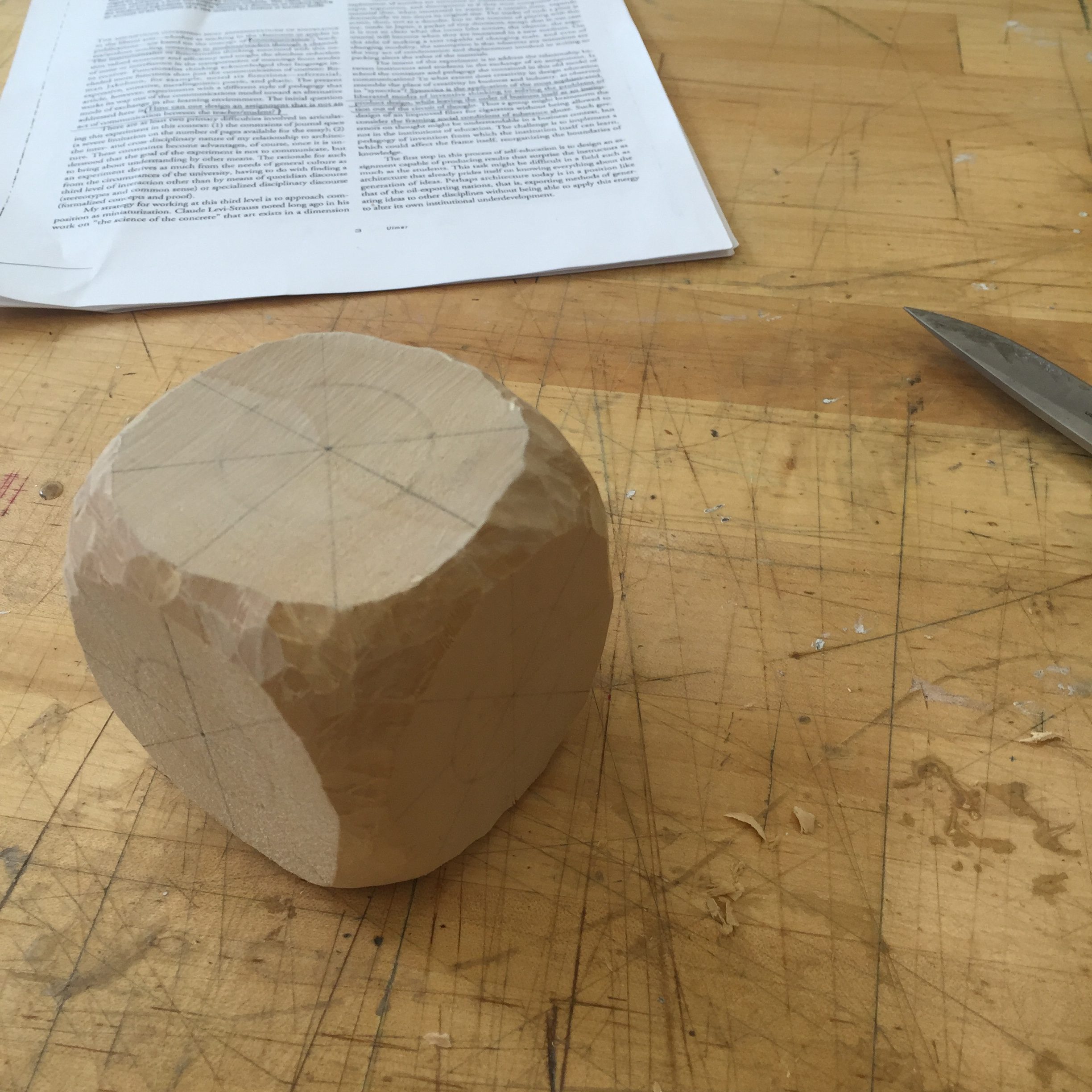 The first sphere I whittled looks like a diseased woodblock. It’s lumpy, stubbly, and wobbly. Although I spent many hours attempting to shape its ragged edges, it remains a block of wood (with great spheroid potential). The amount of time I spent whittling it is directly proportional to my attachment to it. It is also a reminder of the value of a true craftsman. 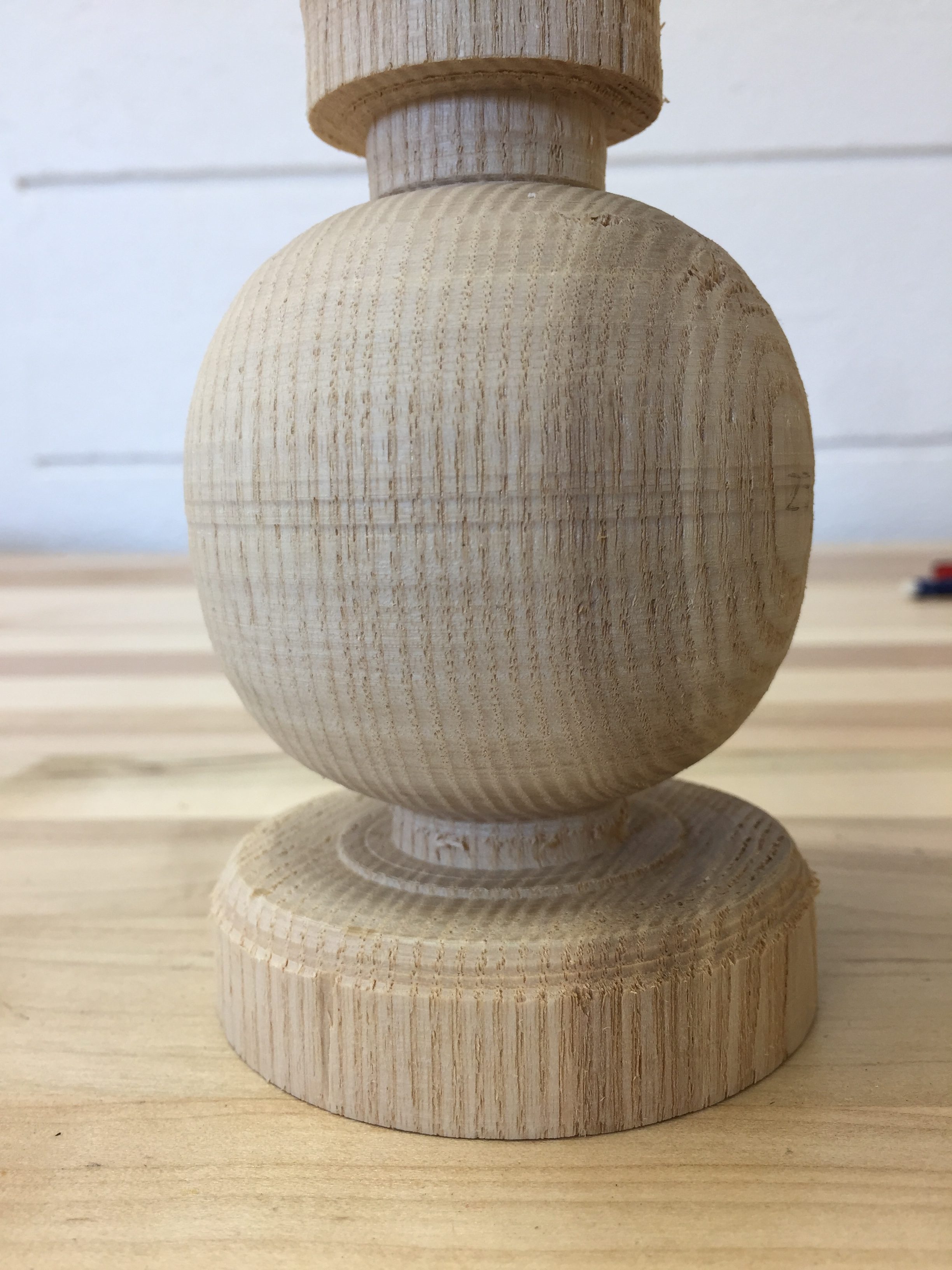 The second sphere I turned on the lathe looks very sleek in comparison, and it only took 45 minutes to complete. A bit of caution was necessary to prevent the sphere from deteriorating into a football, but it was completed in less than 1/10th the time of the half-whittled sphere. 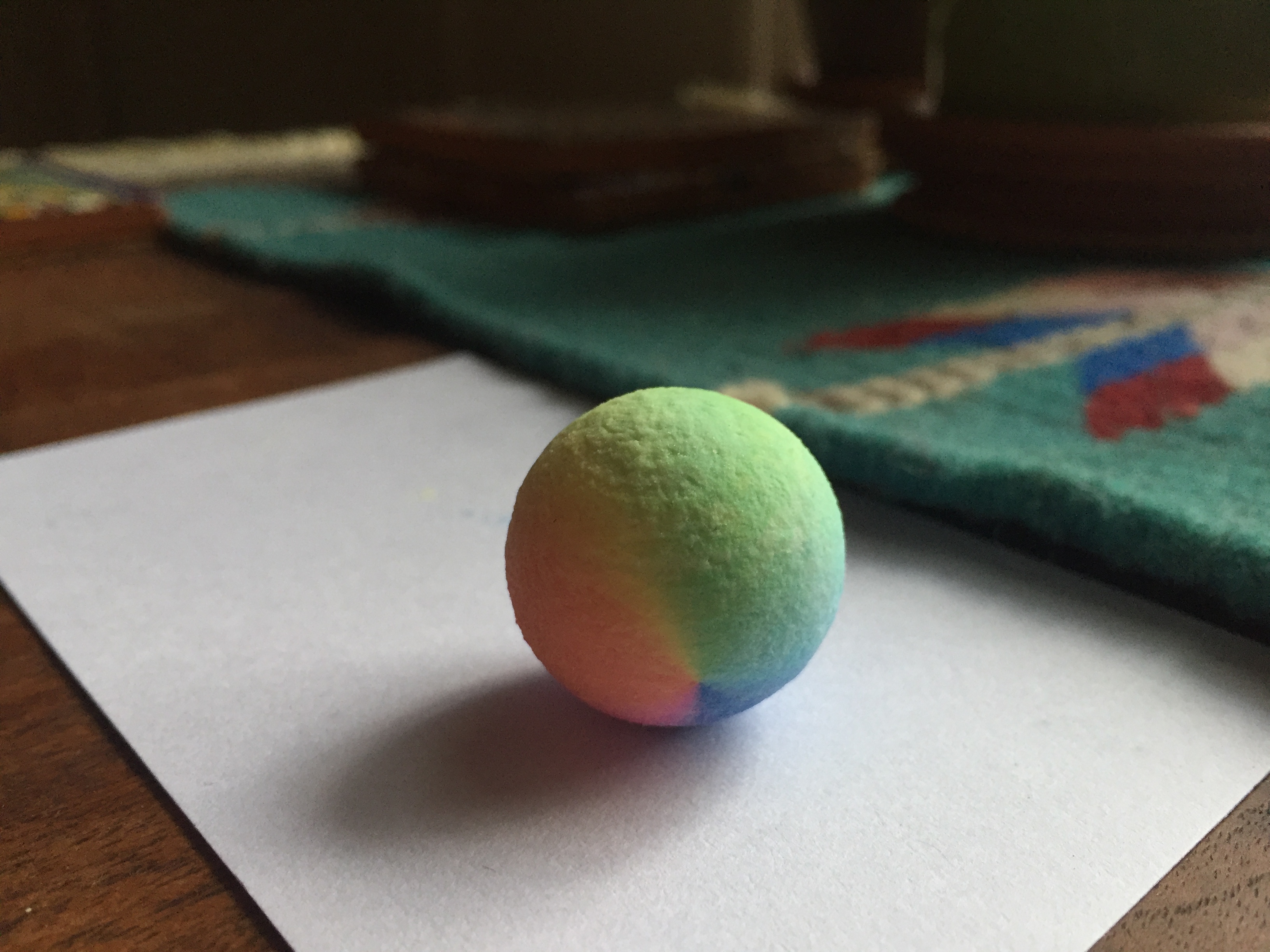 The third 3D printed sphere was color printed in a little over an hour. The production process was technical and detached. It’s a beauty to behold, but it will disintegrate in water unless coated with a special protective finish. It seems less alive than the wood spheres, even though it was printed with corn starch, a once living material. 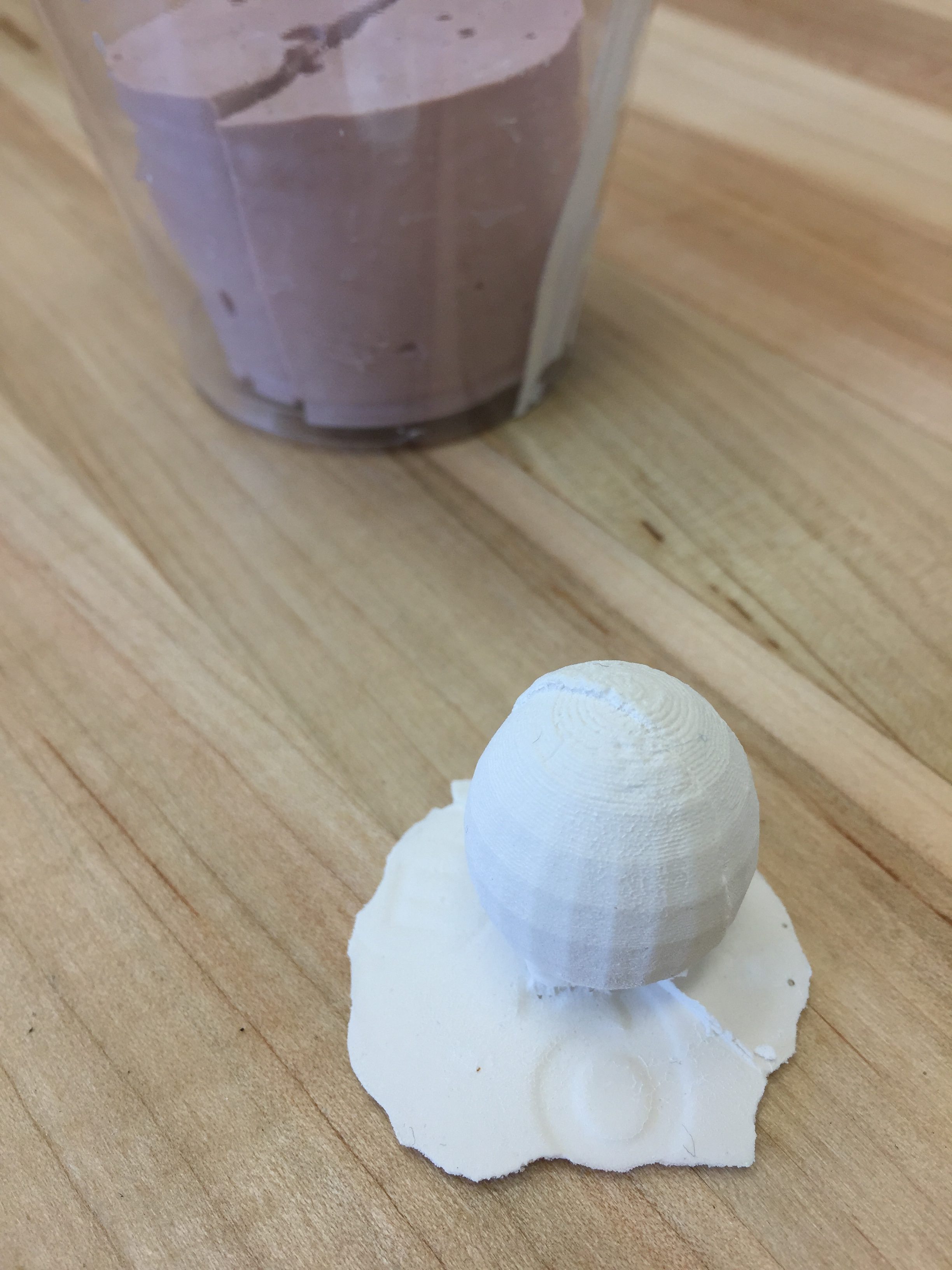 The fourth sphere I cast took about 45 minutes of prep time to set up the mold and begin the process, with another 12 hours or so required for the plaster to set. This process was more hands on at first, but after the mold had set, there was not much we could do to modify the final form.

What I appreciated most about each of these experiments was the ability to iterate as we progressed. Each process had its necessary trade-offs between time, effort, and the resulting attachment to each object. Although there is not a one-to-one correlation, it seems clear that my personal attachment (the affection or connection I felt with each object) was inversely related to the more digital process of prototyping. 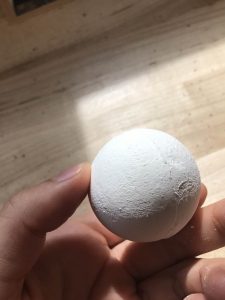 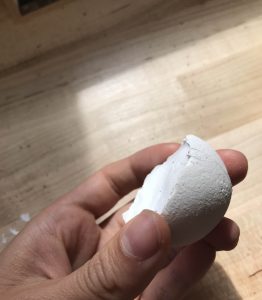 Since my sphere was defective/incomplete I’ve been thinking of large spherical shapes. My imperfect sphere may seem a sphere or not, depending on how you look at it. Like the moon, -but the moon is never actually incomplete, only the distance and position which does not allow us to see it whole.

We also happen to live, all the time and throughout all our lives in a sphere.

This brings me to a little comparison with something I read recently about why the north is located above. Apparently, It has not always been like that. In ancient Egypt the top was placed on the east, because there was where the sun came out. In the maps made by Christians in the same era (called world maps) the East was placed at the top, pointing to the Garden of Eden, with Jerusalem in the center. The reason why the north began to be the reference has to do with explorers like Christopher Columbus, who sailed taking as guide the North Star.

To illustrate how far this north-in-the-top thing has come, we have the famous photo taken by a NASA astronaut in 1973. The Earth is seen above the south because it was taken while a lap around the planet. NASA decided to flip it to avoid confusing people.

The photo on the right is my incomplete sphere. Both the moon and the Earth 🙂