When I used CATTt and Design Thinking Framework for the new project, I changed almost everything except the concept of addressing gender inequality. I changed my theory from a feminist film theory to sociological one, limited my audience to a more specific group, changed my medium to an interactive one. However I lacked the practice and background information to create that project. So I went back to where I started and thought about what I know and how can I analyze or critique that.

At that point I decided to start from myself. After all self is the first step to start a change. So when I thought about it, I remembered my own struggle and dilemma with the gender roles that I expect me and the opposite side to fulfill. Although they were not the main forces that causes sexual violence, they were part of it.

I started making a list, “My List of Gender Roles”. I realized that although I believed in gender equality my expectations were on the opposite side. I expected a man to be stronger and wiser than me. To get it out there for other people to think about it too, I decided making GIFs , a medium that is easy to spread and fun at the same time. Sometimes the fun element triggers more than a deductive medium. I wanted to use it as an opportunity.

After this project what I have to decide is to which way I will take. Do I want to go deeper to the more serious, harmful part of gender inequality and sexual violence or do I want to continue from the starting point of this project, dealing with the daily problems of our lives which on the surface does not seem like serious problems but they cultivate the patriarchy one way or another. I guess the semester break is a good opportunity to think about it!

Link to the project: https://www.behance.net/gallery/45805223/My-List-of-Gender-Roles 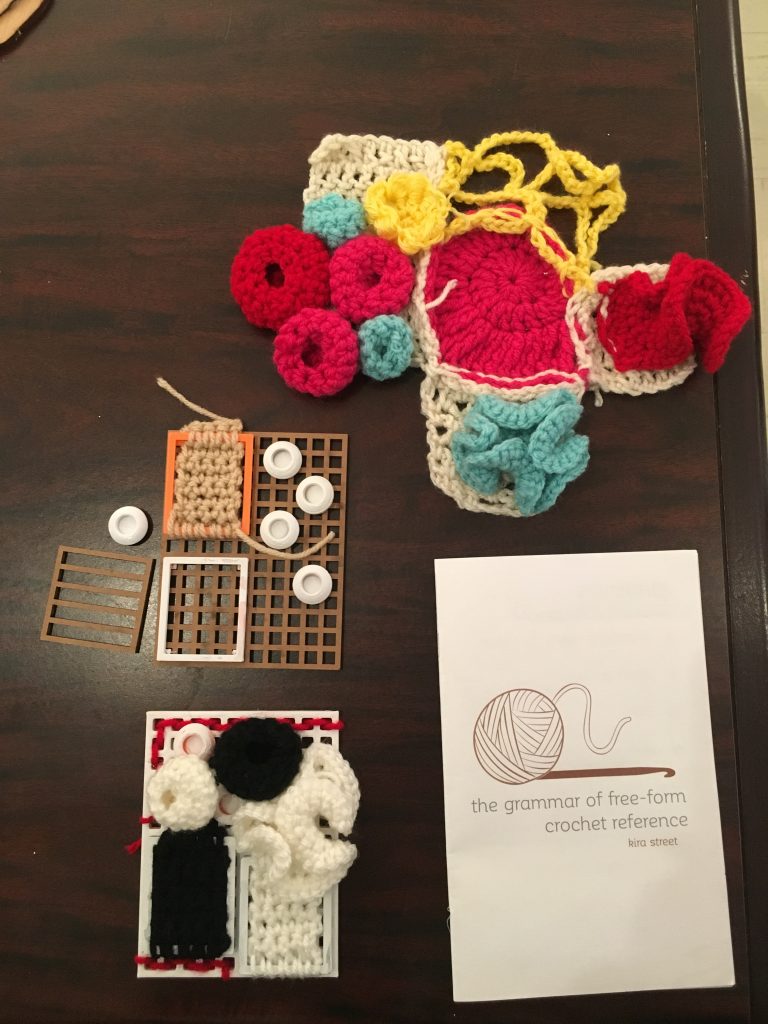 Free-form crochet and invention. I initially didn’t put these two concepts together, and instead only focused on designing a structural process to generate something that looked organic. I had researched a few free-form crocheters and analyzed their work to see what elements were the most used in free-form work. This initial focus was helpful for me since it introduced me to the world of free-form crochet, a world I had never entered, and gave me the foundation necessary to expand the project.

This semester I changed my focus to be on inventing within a structure. I focused on the questions of how to communicate the grammar to other crocheters and how they could use it to design their own patterns and invent their own free-form pieces. The initial focus of making something organic from a computational structure kept creeping in as I sought to test out those questions; it led me to looking at artificial intelligence and how we design computers to imitate us humans.

Now, with some research frameworks and few rough tests under my belt, I can keep refining my grammar and interacting with more crocheters. I’ll see how they design their patterns and how they approach free-form crochet. I’ll probably change the grammar a bit to fit it into their creative process. Maybe I’ll even develop a free-form crochet machine. Either way, I’ll continue using workshops and other interactions to understand how invention in design happens.

The initial proposal sought to explore how user research could improve the service experience and increase usage, but this didn’t go far enough. What I found throughout the process of applying CATTt and the Design Thinking Framework was that it would be helpful (and even necessary) to explore Austin’s unique capacity for sustaining this type of service. This is a question that the city would need an answer even before the service could be implemented.

Given these constraints, I came up with a modified objective for the new proposal. 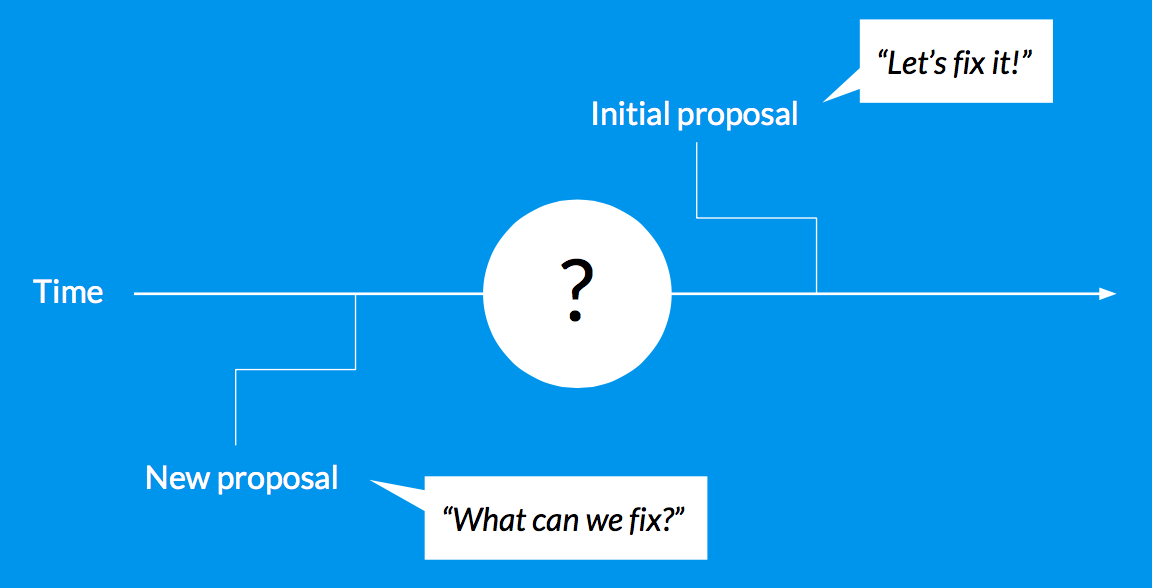 The goal of understanding Austin’s capacity for embracing this type of service before it was implemented would be to understand whether it was the “right” service to offer in the first place. That is, without the necessary users and interest in the service, did it have any chance of survival or, as might be the case, did the city require a custom solution that catered to it’s unique population and needs?