A smooth ultra-thin diffusion barrier is required to prevent copper from diffusing into the interlayer dielectric and electromigration in integrated circuits devices. In CVD, a precursor initially adsorbs and decomposes on the substrate surface. Once nucleation has occurred, additional adatoms incorporate into a nucleated particle faster than they nucleate new particles. The objectives of this research are to (1) understand how blocking adsorbed moieties increase nucleation density and decrease the nuclei size of metals on a silica substrate and (2) discover the principles leading to ultra-thin and smooth metallic films developed through the manipulating the nucleation step in CVD. 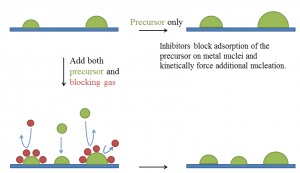 Figure 1. Schematic description of the inhibitor effect during CVD nucleation.