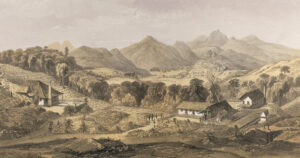 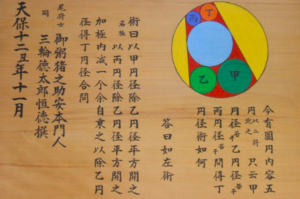 In early-modern Japan, mathematical inquiry was organized like poetry composition or martial arts training. Students joined schools led by a master teacher, who was himself often the descendant or disciple of an earlier master teacher. Different schools engaged in heated and sustained rivalries. In mathematics, schools would declare their achievements and challenge their rivals by posting plaques with difficult problems at temples.

This paper explores those plaques (sangaku) and their historiography. Until the 1950s, sangaku were excluded from the history of mathematics, largely because they had no counterpart in the West. Japanese historians were focused on finding “Japan’s Newton,” and saw sangaku as little more than a novelty. How did historians come to celebrate sangaku as an art form, rather than just a failure to combine mathematics with natural science?

Mark Ravina is Professor of History at the University of Texas at Austin. Read more about his work at: https://liberalarts.utexas.edu/history/faculty/mr56267.