Hosted by the Institute for Historical Studies

“The Bottom Line: Cables, Commerce, and Electrical Physics in the Victorian British Empire”

This talk is part of the Institute for Historical Research’s series of workshops, so please RSVP Courtney to receive the pre-circulated paper.

The networks of telegraph lines that began to spread across Britain, the United States, and Continental Europe in the 1840s and early 1850s had far-reaching effects on the dissemination of news and the operation of markets. They also had deep effects on electrical science. In this paper, I will argue that what might at first appear to be a prime example of pure science—the development of electromagnetic field theory in Britain in the middle decades of the 19th century—was in fact driven in important ways by developments in the telegraph industry, particularly British scientists’ and engineers’ encounters with puzzling new phenomena that turned up on underground wires and undersea cables in the early 1850s.

Bruce J. Hunt completed his Ph.D. in the history of science at Johns Hopkins University in 1984 and has taught at The University of Texas since 1985. He is the author of The Maxwellians (1991) and Pursuing Power and Light: Technology and Physics from James Watt to Albert Einstein (2010) and numerous articles on the history of electrical science and technology. His current work focuses on the growth of the global telegraph network in the nineteenth century, and how work in that industry  shaped the development of electrical physics, particularly in Britain. 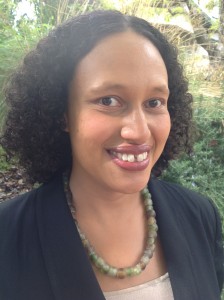