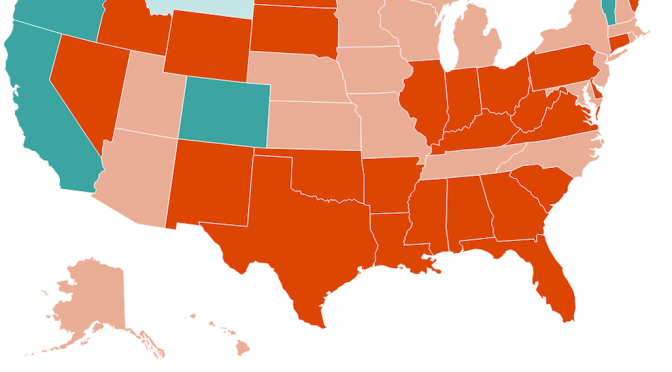 Many years ago, during a trip to San Antonio to visit with my elderly ailing parents, my father took me aside and said to me, “Cindy, please get me a gun; I can’t go on like this.”  I recoiled with a gasp.  Hearing my reaction, he quickly said he didn’t mean it.  However, we both knew that he did.  Eighty-seven years old, blind, enfeebled and exhausted from lung problems and advanced Parkinson’s disease, no longer capable of walking but a few steps and never without a walker, my father yearned for death.

In his earlier life he had been a respected builder, a decorated Lieutenant Colonel in the Army during WWII, an active member of his church and community, loving husband and beloved father of two. He had had a very active, volunteer-filled retirement. He now was incapable of reading, volunteering, gardening, traveling, driving a car, watching TV, walking for any great length or caring for himself.  With most of his family and friends long dead, my father endured this diminished life hour after hour, day after day, and year after year.  He was now broken from this endless cycle of misery and suffering.

I was a daddy’s girl completely incapable of imagining him gone and totally helpless to improve the quality of his life. His situation eventually lead me to think seriously about our responsibility to those in the throes of intractable pain and suffering, terminal illness or end stage half-lives.  A collection of essays entitled Must We Suffer Our Way to Death? addresses this issue from cultural, theological, and ethical perspectives. I believe that, in this day and age, the answer to that question should be a resounding no.

Medical aid in dying, also known as physician assisted dying or death with dignity, gripped the national conscience in 2014 when a 29-year old California woman by the name of Brittany Maynard went public that she was dying of a serious brain cancer called glioblastoma and was moving to Oregon to avail herself of aid in dying. After treatments had failed and her doctors had told her that the end was coming and that it would get ugly, she decided that she wanted a compassionate, peaceful death in her own bed surrounded by her loved ones. However, California at that time did not have an aid in dying statute so Brittany, her husband and her mother were forced to leave and move to Oregon where on November 1, 2014, she took a lethal pharmaceutical and died peacefully in the arms of her family. Her story resonated with millions of people around the United States and ultimately was one of the driving forces which convinced California lawmakers to pass an aid in dying law.

Physician assisted dying allows a mentally competent terminally ill adult, who has been seen by two doctors who attest that the patient is mentally sound and within 6 months of death, to obtain a prescription for a lethal pharmaceutical to end their lives when and if they so choose. The pharmaceutical must be self-administered.

I co-founded Texas Death with Dignity in 2013 with Penny Shelfer. Our advocacy group advocates for end of life options and supports a medical aid in dying statute in Texas. It educates Texas citizens about aid in dying through presentations, its Facebook page and website, media interviews and through newspaper opinion articles and Letters to the Editor. Having personally watched friends and family members experience prolonged pain and suffering during end of life illnesses, followers of Texas Death with Dignity advocate so future Texans do not have to suffer their way to death.

After having researched Oregon’s almost 20-year use of their Death with Dignity Act and other end of life issues, I have concluded the following:

Texas does not allow their terminally ill adults to have this end of life option. Because Texas does not allow its citizens any form of initiative, recall or referendum, outside of voter approval for constitutional amendments—a limited type of referendum—we are left at the mercy of the party in power to make some of the most critical decisions we face in life. Currently, because certain state leaders oppose physician assisted dying, which they call assisted suicide, a misnomer, any attempt to start the conversation about a medical aid in dying law with the party in power is met with silence.

Religious groups also oppose aid in dying because they believe that suffering while dying, so-called redemptive suffering, is a spiritual necessity. But theologian Dr. Joseph Fletcher finds nothing ennobling in suffering and writes that “ethicists question whether it is a person’s duty to stay alive because others insist that pain is good for him.”

Years after my father’s terrible decline and death, I became a supporter of death with dignity. I determined that the most vulnerable around us, those facing an impending death with unbearable suffering, should have the right to access a peaceful and gentle death, in their homes, in their beds and surrounded by their loved ones. Suffering from Lou Gehrig’s disease, an advocate of an aid in dying law once said that death is inevitable but suffering should be optional.

For more information on Cindy Merrill’s work with Texas Death with Dignity and the status of legislation in Texas and around the globe, watch her below interview with Passion Time’s Patricia Gras on Right to Die in Texas. Patrica Gras is a 28 year Emmy award winning veteran television and video journalist.

Cindy Henry Merrill, J.D., is a graduate of The George Washington University in Washington, D. C. and obtained her law degree in 1984 from South Texas College of Law Houston. For many years she was a chief prosecutor in the Harris County District Attorney’s Office. In 2013 she co-founded Texas Death with Dignity which advocates for end of life options and supports an aid in dying statute in Texas. She is a local advocate for the Death with Dignity National Center.

Cindy will be speaking at our upcoming Controversy & Conversation series screening of How to Die in Oregon at the Terrazas Branch of the Austin Public Library on January 5, 2017 at 7pm. This event is free and open to the public.

8 thoughts on “Why I Advocate for Aid in Dying”