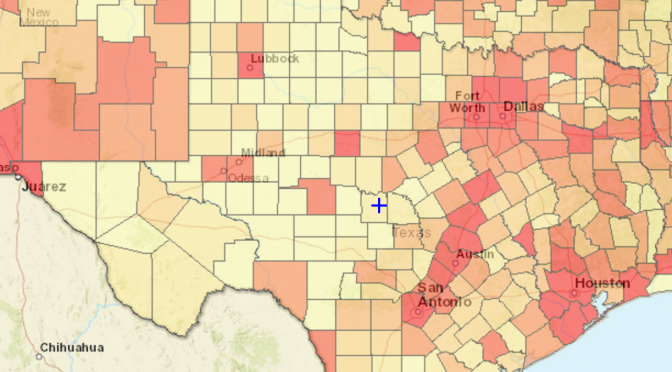 At the start of the film, the viewers are greeted with images of the founders of Greenpeace swimming in the Bering Sea and lounging on the ship they plan to use to obstruct the Amchitka nuclear weapon test.  In these first images, I try to imagine myself in their shoes, but find it difficult because the subjects are all white, and they are all men.  I am Latinx and I am a woman. Instead I wonder, even if I someday manage to change the world as an environmental advocate, will I ever be considered a leader in the movement?

In a later scene in the film, the crew conducts a land-based exploration of an island where some of the crew members decide to drop acid. Viewers are met with images of a naked and smiling man. I can’t help but think about the Black Lives Matter movement, and David Joseph.  David Joseph was an Austin teenager, who was naked, unarmed, and presumed to be under the influence of drugs when he was shot and killed by a cop while running through a neighborhood in February 2016.  David Joseph was black, and so was Geoffrey Freeman, the officer who shot him.  Freeman was fired from the Austin police department for not following the department’s policy for use of force.

These initial impressions of the film stayed with me as I watched it.  The director says to “put your body where your mouth is” to help “change the world”—a reference to the kind of self-sacrificial environmental activism seen in direct action protests. We see Greenpeace founders Bob Hunter and Paul Watson standing in front of a tanker ship, “risking their lives” for baby seals.  I asked myself whether a white life is really at risk in direct action—or is it that direct action works especially well when white lives are on the line, because everyone knows that White Lives Matter?

These questions may seem antagonistic, but they are worth asking, because the modern environmental movement is very white.  A report released in 2014 by an organization called Green 2.0 points out that gender diversity in “big green groups” is at parity, but people of color are poorly represented. This underrepresentation of people of color in big green groups is a problem because black and brown communities are often disproportionately impacted by environmental pollution.  One in two Latinos in the United States lives in a county with some of the worst air pollution in the country.  Poor air quality has fatal consequences to our families’ health.  Latino children are twice as likely to die of asthma compared to non-Latino whites.  If big green groups are going to stop pollution in the most vulnerable communities, then it is important that we look like the people we are serving and that we come from the same communities.

I can’t speak for Greenpeace, but Environmental Defense Fund (EDF) is working to solve the problems of disparate impacts and lack of diversity in the environmental movement through a variety of efforts.  Following the release of the Green 2.0 report in 2014, EDF’s Diversity Committee wrote our first-ever Diversity Strategy –a five year plan to put EDF on track to becoming a more diverse organization and to creating more durable, equitable solutions to the world’s most serious environmental problems.  We also hired a Director of Diversity, and began collecting and reporting data on diversity to Guidestar, a website that hosts a database of information about how non-profit organizations are stacking up on a variety of metrics.

Too often, the environmental movement has revolved around the glorification of white lives, whales, and baby seals.  It’s not that those things don’t matter or shouldn’t matter.  They do.  But communities of color are consistently marginalized, and the environmental movement is a culprit in this marginalization.  David Joseph’s killing, and movements like Black Lives Matter remind us not to take black and brown people for granted, and that we will only be successful in our quest to change the world when the most vulnerable among us are equally cared for. If the environmental movement is going to stay relevant, it has to care for black and brown families as much as it cares for white lives, whales, and baby seals.

The Humanities Institute, in partnership with the Austin Public Library, will be screening the award-winning How to Change the World, a documentary about the pioneers who founded Greenpeace and defined the modern green movement on April 6, 2017 at 6:30pm at the Terrazas Branch of the Austin Public Library. David Lyon with the Environmental Defense Fund and Dave Cortez with the Sierra Club will be present for a brief discussion and Q&A following the film. This event is free and open to the public.

Virginia Palacios is a Senior Research Analyst working on EDF’s Natural Gas Campaign in the Austin office, and is Co-Chair of the staff Diversity Committee. At EDF, Palacios researches regulations and analyzes data on air quality, water quality, water use, greenhouse gas emissions, and community impacts from oil and gas development. In 2014, she helped to develop a series of bilingual workshops in South Texas aimed at teaching people living among oil and gas development how to report potential contamination incidents to the appropriate state agencies.