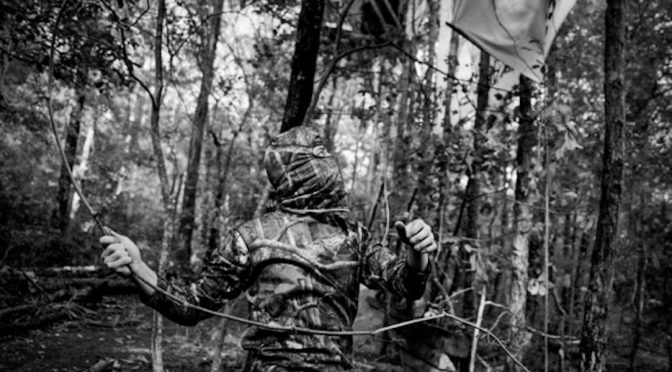 The Keystone XL pipeline is the fourth phase of the larger Keystone Pipeline System, designed to connect the Alberta tar sands (also know as oil sands) to several American locations, including the refineries and ports on the Texas Gulf Coast. Each phase of the pipeline carries Alberta tar sands oil, but it was this last phase, the Keystone XL pipeline, that became a flash point in the environmental movement. Currently, every phase of the pipeline system is complete or under construction, except the final phase.

Here is a brief history of the Keystone XL pipeline saga, which continues through today:

Above All Else tells the story of the fight to stop the southern leg of the Keystone XL pipeline after President Obama fast-tracked it. This fight ultimately failed, and the southern leg was built. However, the intense, widespread activism around Keystone XL arguably compelled President Obama to eventually reject the permit to build the northern leg of the pipeline. Now that President Trump is in the White House, the northern leg is back, and we find ourselves in a new political era, in which climate change science and truth itself are under assault in unprecedented ways.

We shot the majority of Above All Else in 2012, against a background of conflict between the more mainstream and more radical factions of the environmental movement. The mainstream argued that opposition to Obama over anything, including his approval of the southern leg of the Keystone XL pipeline, was dangerous because it could help Mitt Romney get elected, which would be far worse for the environment. The radical faction argued that climate change action and opposition to the pipeline was crucial, regardless of who was supporting the pipeline and regardless of the political cost.

Who was right? I don’t have the answer to that, but I think it’s fair to say that the radical faction helped make the environmental movement stronger and move Obama to reject the northern leg, while the mainstream faction was warranted in its fear of the environmental disaster that a Republican president would reap.

David Daniel, who is at the center of the story of resistance in Above All Else, is an extraordinarily honest, sincere, and humble man who was caught in the middle of the national struggle over construction of Keystone XL. His struggle is our struggle, collectively: What can we do as individuals to protect ourselves, our children, and the planet? Who should we believe and trust? When should we hold the line and when should we compromise? How does social change happen?

Like Julia Trigg Crawford, another landowner featured in the film, says, the protests over the Keystone XL pipeline got people to start asking the questions—and that’s the first step in finding answers.

The Humanities Institute, in partnership with the Austin Public Library, will be screening the award-winning Above All Else—a first-hand account of activists on the front line of the climate fight, in which one man risks it all to stop the tar sands of the Keystone XL oil pipeline from crossing his land—on July 6, 2017 at 6:30pm at the Terrazas Branch of the Austin Public Library. Director John Fiege will be present for a brief discussion and Q&A following the film. This event is free and open to the public.

John Fiege is an award-winning filmmaker and photographer based in Austin, Texas. He is in production on In the Air, a feature documentary about environmental justice and the arts on the Gulf Coast. His previous film, Above All Else, is a feature documentary about the Keystone XL pipeline that premiered at the 2014 SXSW Film Festival, with an international premiere at Hot Docs. The film won Best North American Documentary at the Global Visions Festival and a Special Jury Prize at the Dallas International Film Festival. Mississippi Chicken, his intimate portrait of immigrants working in the poultry industry, played the Museum of Modern Art and was nominated for a Gotham Award for “The Best Film Not Playing at a Theater Near You.” He recently photographed the 2014 Sundance documentary selection, No No: A Dockumentary. He holds a BA from Carleton College, an MS in cultural geography and environmental history from The Pennsylvania State University, and an MFA in film production from the University of Texas at Austin, where he now works as a lecturer.