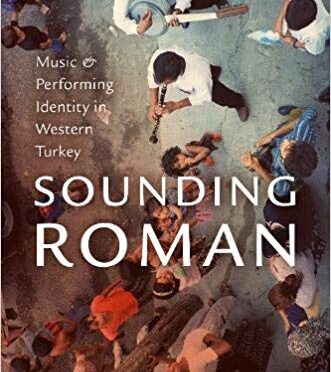 The Faculty Fellows Seminar held on October 17th was led by Sonia Seeman, Associate Professor of Ethnomusicology in the Butler School of Music. Dr. Seeman presented the group with a series of works that tied together several years’ worth of research and writing on the music and musicianship of Turkish Roman (“Gypsy”) communities. Dr. Seeman’s new project, titled Bread Money–Musical Movement: Narrating Turkish Roman Musicians’ Lives, seeks to offer a that explores music as laboring activity, her person- and family-centered narrative to complement her previous book, Sounding Roman: Musical Performance and Representation in Western Turkey. Seeman opened the seminar first by asking the group what in the readings left them with questions, with the need for clarification, or the desire for expansion, as well as a broader question: what is it we, as academics, narrativize?

Seeman noted that her project began with a reimagining of what goes into research, and what goes into narrative. Sounding Roman had left her with an abundance of stories, relationships, and connections to the people whose music and lives she had researched. Yet she found that only some of these depictions fit into her first book and some of her academic articles. Seeman discussed how she needs to consider her accountability not only to a scholarly community, but to the communities she represents–as well as to a more diverse reading audience. Musician families hold a mythic status for Turkish Roman communities, Seeman noted, and she seeks to both relate the mythic and the everyday realities. Seeman described the project as a “quilt” of stories, motives, and material, some of which were still in the process of being sewn together.

Many Fellows commented on Seeman’s use of the term “aesthetic labor” to describe the work of Turkish Roman musicians. Seeman noted that most Turkish Roman musicians come from musical lineages–musicianship, in other words, is seen as a family trade, and as an aesthetic trade first and foremost. Though music is frequently seen in Western culture as a pursuit of leisure, Turkish Roman musicians see the act as something to make “bread money,” or money that “puts food on the table.” Their labor, though aesthetic, is still skilled labor, requiring years of training and practice, usually from childhood. Some Fellows questioned whether this conception of labor has been shifted even further by technology, reimagining the bounds of music distribution.

Technology was a further consideration for Seeman’s overall project. Fellows discussed Seeman’s interest in expanding her book project into a hyperlinked text, or a larger digital repository and resource to scholars and students. But Seeman noted that she wants to balance providing an open digital archive with creating an immersive and engaging narrative. Such considerations led her and the group to thinking about Seeman’s own place in the narrative. Ethnomusicology, as she noted, often placed the researcher in the position of being a participant-scholar. Becoming part of the cultural landscape was important to Seeman’s understanding of her musician subjects and of the music that they play. But the process of participating, as Seeman noted, additionally opened up new stories, new avenues, and new friendships–all of which, the Fellows agreed, deserved a place in the ultimate story.