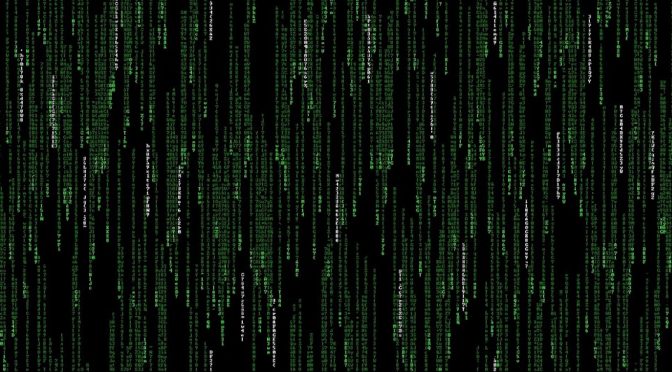 Killswitch is a fascinating documentary about several slippery subjects. The fight for the internet, for example. The control of information, for another. Copyright law. Security. Civil liberty. Digital liberty. Privacy. Net neutrality. Authoritarianism. You’d be forgiven for asking what relevance any of this has to your experience. So let’s break it down.

The film follows the stories of Edward Snowden and Aaron Swartz, juxtaposing the pair as hero and martyr, respectively, of the hacktivist movement.

Aaron Swartz was a hacktivist wunderkind who helped to create RSS, Reddit, Demand Progress, and Creative Commons. He was, by all accounts, a deeply compassionate individual as well, constantly challenging himself and everyone around him to reconceive fundamental notions about the way the world worked so as to innovate solutions for social justice problems.

Some of Swartz’s actions, such as creating Demand Progress, were more practical in nature; others were more symbolic. It was in the latter spirit, one of principled symbolism, that Swartz used the MIT campus one day to download academic articles en masse from the digital library JSTOR.

Most academic journal articles at the time were accessible only through academic databases that enact cost-prohibitive paywalls. The high cost of obtaining access to these databases tended to preclude subscriptions from entities other than well-endowed universities, libraries, museums, and similar research institutions. Therefore, people who did not have access to excellent research facilities did not have access to the articles, stifling their ability to understand academic subjects in depth or detail. In addition, comprehensive academic knowledge of a subject is a necessary prerequisite for conducting original research. As a consequence, most people on the planet were barred from academic research.

In downloading articles from JSTOR, Aaron Swartz intended to bring national attention to his belief that everyone should have open access to research. Instead, he incurred the attention of the U.S. Secret Service, a federal grand jury, and a bevy of surprisingly fervid federal prosecutors. When the dust cleared, Swartz had been charged with thirteen felonies with a maximum penalty of fifty years in prison and one million dollars in fines, in what was almost certainly an instance of prosecutorial overcharging. The prosecution offered to recommend a six month prison sentence in a low security facility if Swartz pled guilty. This offer strongly suggests that the prosecutors did not actually consider Swartz’s actions to be that much of a big deal, and were using the threat of the maximal penalty as a bargaining chip. But the legal system may have lost sight of the distinction between a bargaining chip and a bludgeon, because Aaron Swartz lost hope and killed himself before the year was through.

Aaron Swartz’s suicide, and the prosecutorial overreach that inspired it, have powerfully dissuaded U.S. hackers from engaging in potentially contentious socially minded research and engineering ever since. This chilling effect, while broad and pervasive among our nation’s tech circles, is perhaps unsurprisingly strongest for the topic of open access to research itself. MIT actually hosted a symposium last year on the topic of forbidden research, and open access to academic articles was one of the featured forbidden topics.

But the idea of open access did not die with Aaron Swartz. Outside of our nation’s borders, open access is thriving through Alexandra Elbakyan’s brainchild SciHub, where curious people all over the world have open access to more than 55 million (largely pirated) scientific papers.

Killswitch also tells the story of Edward Snowden. If John Oliver is correct, no one knows who Edward Snowden is or what he’s done, so let’s recap here.

After the terrorist attacks of September 11, 2001, the National Security Agency (NSA), Central Intelligent Agency (CIA), and office of the President decided to go rogue. They stopped following the Fourth Amendment of the U.S. Constitution (which protects U.S. citizens from unwarranted search and seizure), stopped engaging in pre-existing systems of federal checks and balances, and started illegally spying on millions of ordinary people here and in other countries. The rough idea of the surveillance system had been created by October 12, 2001. In mid-October of 2001, the NSA clandestinely asked the major telecom companies to hand over customer data, and by late October, the companies had begun to comply. From the beginning, the new mass surveillance program was deployed in a way designed to stop reasonable oversight. This was done primarily through not letting the agencies in charge of oversight know of the program’s existence. The vast majority of federal government officials were kept ignorant of the program. It took more than a year after its enactment for the NSA’s Inspector General to be informed of its existence. Only four members of Congress were briefed. In addition, there is actually a federal court, Foreign Intelligence Surveillance Court (FISC), that is supposed to oversee federal spying programs. Only one judge out of eleven was briefed. In 2005, The New York Times first broke news of the mass surveillance program to the world. This was the first time most of the federal government had heard of the program. It wasn’t until after The Times’ revelations that the majority of the FISC court was finally informed of the program’s existence. (Amazingly, two of the FISC judges were still left in the dark for some years after.)

Given this (indicative but incomplete) formative history of how the government handled disclosures regarding its domestic spying program, it makes intuitive sense that someone who really wanted the world to know all the juicy details of the government’s wrongdoings would bypass an internal federal process and instead share the story directly with the world. Which is exactly what Edward Snowden did.

Snowden worked for the CIA and contracted for the federal government through Booz Allen Hamilton. Initially deeply idealistic, he became disillusioned by the realities of mass surveillance.

The NSA’s spying program was illegal, unethical, and bizarrely comprehensive. The NSA spied on ordinary people’s phone calls, emails, social networking, Google searches, XBox Live games and World of Warcraft campaigns, and dirty pictures sent to lovers. And not just other people’s. (Remember, this was personal. They spied on your phone calls, emails, Facebook messages, online games, and dirty pictures.) If the dirty pictures were attractive enough, NSA employees would regularly share them around the office; to do so was considered a normal perk of the job. (NSA employees would on occasion use their spying abilities to stalk ex-girlfriends, a practice known as LOVEINT. Unlike the sharing of ordinary people’s naked photos, this practice was not sanctioned by the agency.) Strangely enough, the NSA also spied on charities, including UNICEF.

If all of this weren’t enough, the domestic spying program was also wildly ineffectual. There was and is no evidence whatsoever that mass surveillance has ever stopped a terrorist attack.

Even though the government came to recognize that there was no point to mass surveillance, they refused to stop. As Snowden later said to the Guardian,

“The White House investigated those programs [which allowed mass surveillance] on two separate occasions and on both occasions found that they had no value at all, and yet, while those panels recommended that they be terminated, when it actually came to the White House suggesting action to legislators, the legislators said: ‘Well, let’s not end these programs. Even though they’ve operated for 10 years and never stopped any imminent terrorist attacks, let’s keep them going.’”

Edward Snowden had a harder and harder time sleeping at night. He wore an EFF sweatshirt every day to the office. He kept a copy of the U.S. Constitution on his desk, and was quick to cite it to show that specifics of the NSA’s mandates were unlawful. He would regularly challenge coworkers who stole strangers’ sexy photos and shared them around the office. But when he found out the government was developing an automated warfare program, he couldn’t take it anymore.

There was no official legal resource for Snowden. He was a contractor, which meant that any normal whistleblowing protections for government employees did not apply to him. Furthermore, the government’s track record suggested that those in power would not be punished and the agency’s practices would not be changed. In Snowden’s words,

“When you’re an NSA analyst and you’re looking for raw signals intelligence, what you realise is that the majority of the communications in our databases are not the communications of targets, they’re the communications of ordinary people, of your neighbours, of your neighbours’ friends, of your relations, of the person who runs the register at the store. They’re the most deep and intense and intimate and damaging private moments of their lives, and we’re seizing [them] without any authorisation, without any reason, records of all of their activities – their cell phone locations, their purchase records, their private text messages, their phone calls, the content of those calls in certain circumstances, transaction histories – and from this we can create a perfect, or nearly perfect, record of each individual’s activity, and those activities are increasingly becoming permanent records.”

He needed to let the world know about the abuses of power taking place. So he stole somewhere between 50,000-200,000 incriminating documents from work, gave the documents to multiple journalists, and fled the country.

Federal prosecutors indicted Snowden on multiple counts of treason. Snowden declined to return to the U.S. to stand trial on the grounds that the trial would be conducted privately, depriving him of the opportunity to continue to inform the American public.

In addition, the U.S. government condemned Snowden’s actions as both traitorous and detrimental to national security–in specific, to the ability of the surveillance state to combat acts of terrorism. As the surveillance state was known to be useless in combating acts of terrorism, it is hard to understand how Snowden’s revelations could have hindered it further. Nevertheless, as Snowden pointed out to the Guardian,

“when we’re talking about things like terrorist cells, nuclear proliferators – these are organised cells. These are things an individual cannot do on their own. So if they abstain from communicating, we’ve already won. If we’ve basically talked the terrorists out of using our modern communications networks, we have benefited in terms of security – we haven’t lost.”

Since finding temporary harbor in Russia, Snowden has worked assiduously to educate the world about mass surveillance. (Journalists suspect he has also used his name as a shield to leak other whistleblowers’ secrets–in doing so protecting the identities and lives of other whistleblowers who are still working for the government.)

Snowden’s efforts have met with measured success. Supposedly, the government has partially disbanded its domestic spying program, in part because of public knowledge of the program’s existence and in part because the program just doesn’t work.

You should watch Killswitch. And when you’re done?

You should protest the total reinstatement of the surveillance state.

Watch Killswitch. Take action. Defend the internet. And defend yourself.

The Humanities Institute, in partnership with the Austin Public Library, will be screening the award-winning Killswitch—the story of two young hactivists, Aaron Swartz and Edward Snowden, who symbolize the disruptive and dynamic nature of the Internet—on October 5, 2017 at 6:30pm at the Terrazas Branch of the Austin Public Library. Kevin Welch President of the Electronic Frontier Foundation-Austin and Philip Doty, Associate Professor in the UT-Austin School of Information and Associate Director of the Technology and Information Policy Institute will be present for a brief discussion and Q&A following the film. This event is free and open to the public.

Amanda Jackson-Spitzer is a master’s candidate in Learning Technologies at the University of Texas-Austin and the head blogger for EFF-Austin. EFF-Austin is an Austin-based digital civil liberties organization and a proud member of the Electronic Frontier Foundation’s Electronic Frontier Alliance (EFA).