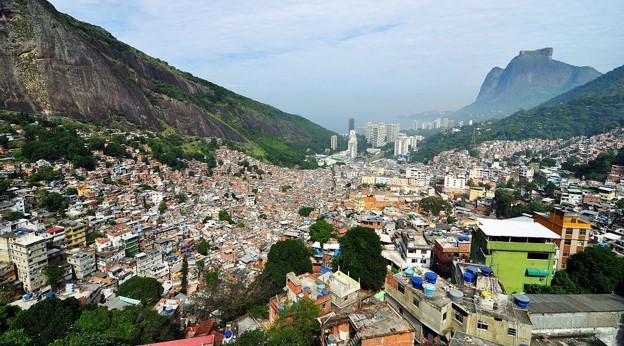 Modernist architecture and the failures of place-making in Brasilia, Brazil

Brasilia was built from nothing over an impressively short five-year span in the mid-20th century as the symbol of a new and modern Brazil. The idea of moving the capital from coastal Rio de Janeiro to a centralized location in the interior of the country was proposed by Joaquim José da Silva Xavier, also known as Tiradentes. When Brasilia was inaugurated in 1960, it was unlike any other city in the world, with a radical, artistic urban plan by Lúcio Costa, striking edifices by Oscar Niemeyer, and an avant-garde landscape design by Roberto Burle Marx.

However, Costa and Niemeyer’s original ambition to create a progressive city that would guarantee a good quality of life to all its residents did not come to fruition. Brasília is now the fourth-largest city in the country and home to more than 2.5 million people, yet fewer than 10% are residents of Brasilia. The majority live in 27 satellite towns that developed organically over time, traveling into the city for work and returning home at night.

Costa separated diverse urban functions into mutually exclusive sectors: government buildings, offices, recreational services, and main commercial areas along the Monumental Axe, and apartment blocks and some commercial areas along the Residential Axe. Moreover, the government gave all future Brasilia inhabitants, regardless of social status or class, an apartment in the superquadras or superblocks intended for government workers and their families. Furthermore, they tried to enhance use values through state-sponsored provision services and amenities: childcare, resource centers, space for communal activities, and vast amounts of open green space. However, the characteristics Logan and Molotch (1987) identify as the basis of residents’ use values were not present in Brasilia. Its “neighborhoods,” the superquadras, did not become the place where daily needs were satisfied nor were they the source of informal networks. Moreover, since all apartments and superquadras were strikingly similar, the superquadra did not become a source of identity. Instead of forging collective associations, Brasilia’s superquadras served to isolate and normalize residents.

By the end on the 1960s, the Brazilian state finally sold the apartments and a real estate market developed. In a matter of years, market forces marginalized lower-income and poor residents who were not able to pay free-market rents. This process quickly consolidated the Plano Piloto, the central part of Brasilia, for the upper strata, while residents in the lower strata were relegated to remote satellite towns in the periphery. Since Brasilia is surrounded by a “green belt” (a provision set in the Master Plan), the closest satellite town is located no less than 12 miles away from the city center.

By designing the city for the automobile, Brasilia eliminated the spontaneity, openness, and interactions of more walkable cities—the unexpected encounters, street games, or the little shop around the corner—and made it difficult for low-income residents to access the Plano Piloto. As a result, social life in Brasilia is confined to interior spaces that do not reproduce the public life of the street with its noncommercial activities such as discussion, protest, or celebration. Brasilia’s shopping malls, private clubs, and exclusive residential enclaves exclude those who do not belong and create a social divide between those who have and those who have not.

With the coming of neoliberalism, Brazilian officials transformed Brasilia into a market city with increased rent costs, social polarization, and division. Brasilia became a city shaped more by the logic of the market than the needs of its inhabitants, leading to a way of life characterized by commodification, capital accumulation, and profit making (Ronen, 2008). Furthermore, neoliberal development policies favoring privatization, deregulation, and commodification (Bayat and Biekart, 2009) were oriented towards the interests of the middle class who reside in the center of the city at the expense of the poor living in the satellite towns, as Mehta (2016) demonstrates in the case of Ahmedabad. This has led residents to absorb and accept ideas of progress and modernity, thus shaping their subjectivity (Escobar, 1996).

Clearly, citizens were not involved in the planning and design of the new city, even though it was supposedly intended to benefit all Brazilian citizens. The development of the city stemmed from what Cirolia (2017) refers to as a technology and design discourse, which is associated with technocratic processes that do not take people’s experiences, perspectives, and knowledge properly into account. Instead, the development of Brasilia should have involved grassroots planning that included all residents through such methods as kitchen table reflexivity, informal meetings that can take place in someone’s home, a local café, or in a business setting (Kohl and McCutcheo, 2014). Such reflective dialogue involving both planners and community members could have provided a deeper understanding of community needs and critically integrate the community’s identity while developing the city.

Going forward, planners should draw on the social richness of existing places in the satellite towns to foster place attachment and sense of community in Brasilia. Planners need to engage with those who reside in these peripheral neighborhoods, establishing a moral relation that from the start acknowledges people’s “right to the city” or their right to local citizenship (Lefebvre, 1991). As Al Awadi (2017) argues, historic preservation—and, by extension, planning—should consider memories, affections, and social relations that give meaning to places. 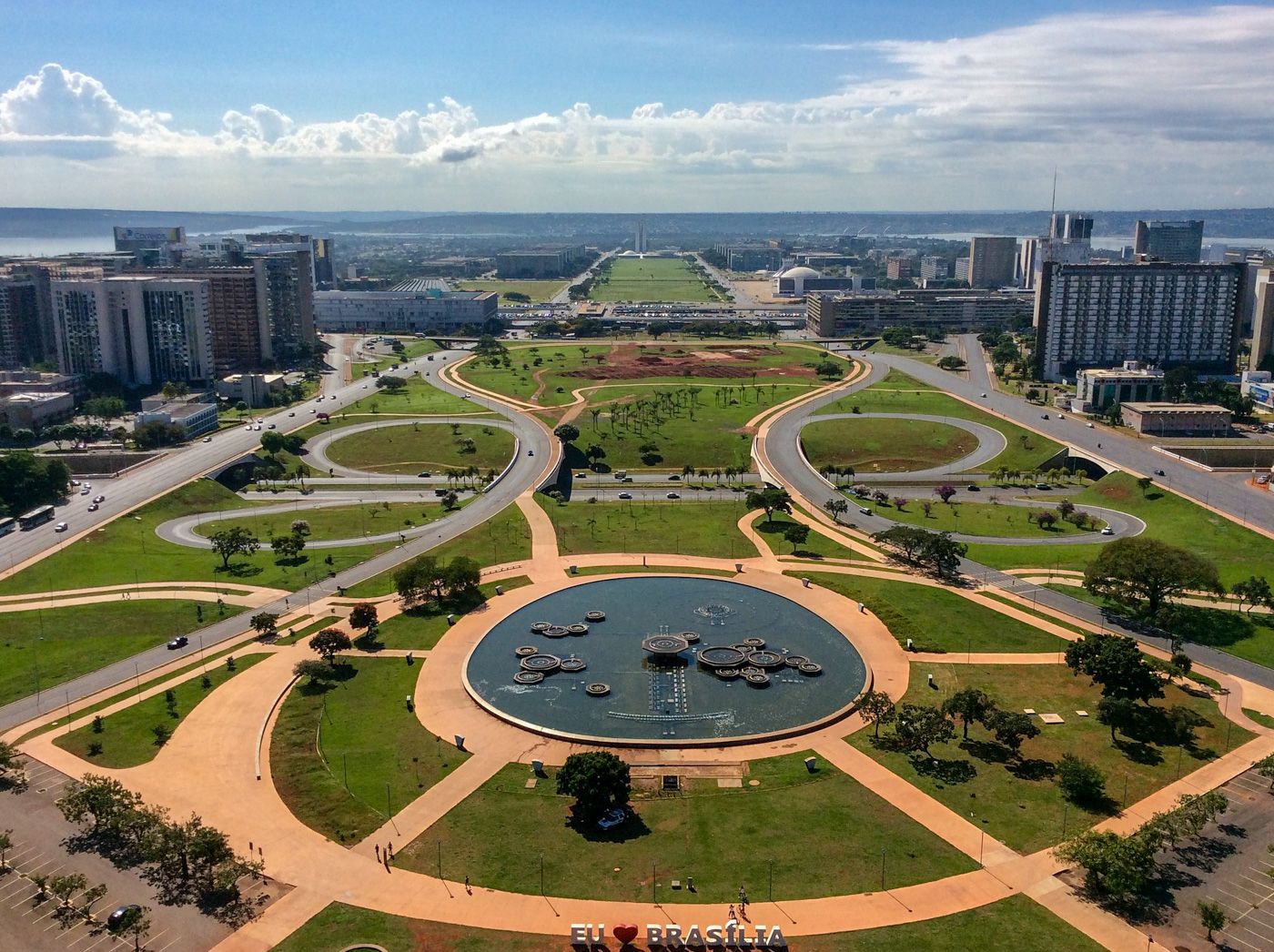 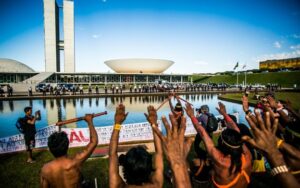 What is Critical International Planning?

Christian Fores on insurgent planning by the Trans community in Rio De Janeiro says:
Deconstructing the rationalities of objectivity and expertise associated with positivism, seeking an empathetic approach to planning that includes the voices of the most marginalized communities in decision-making processes.

Frank Mabalatan on reforming a service industry to serve the people in Archipelagic, Philippines says:
Returning and restoring.

Maureen Rendon on Place-making and alternative development in Oventic, Chiapas says:
Critical international planning is a theoretical underpinning to technical knowledge that is rooted in bringing transformative change that is people-centered, lasting, and that brings healing to communities that have been impacted by globalization, neoliberalism, and displacement.

Naomi Nelson on Community-based Tourism (CBT) in Bali says:
It is indigenous, chaord, and holds space for future generations.

Rand Makarem on Beirut’s insurgency and placemaking efforts to take back the city says:
An understanding of the transformational power associated with participatory and self-governance approaches.

Aabiya Baqai on vernacular architecture in Saudi Arabia says:
It is letting communities be.

Hunter Maples on informality and climate resilience in Bangladesh says:
It is flexible, fluid, and adaptable.

Jongmoon Lee on new cities in South Korea says:
A window to see the world without prejudice.

Juan Tiney Chirix on permaculture and indigenous epistemologies in Zimbabwe says:
A way for imagining the un-geographic and unplanned beyond the “normal.”

Leon Staines Díaz on infrastructure development in Colombia says:
A practice that responds to specific conditions, contexts, resources, and differences, calling for a hermeneutical approach that requires embracing uniqueness.

Raviya Mysorewala on informal waste collection services in Brazil says:
It is not as simple as a straight line.

Jorge Losoya on grassroots planning in Mexico says:
Process for advocating, including, and promoting solutions for excluded voices.

Jorge Zapata on planning and informality in Mexico says:
Discipline that questions practices and theories in social inequality.

Cassie Gianni on public transportation in Colombia says:
A reconsideration and linking of bodies, mobilities, and space.

Stephen Zigmund on migrant workers spaces in Hong Kong says:
Practice based on understanding how societies are bound up together.

The case studies presented on this site were prepared by graduate students as part of a seminar course dedicated to critical perspectives on international planning, focusing in particular on planning in contexts of urban informality.