Brendan Hoover successfully defended his dissertation (“Spatiotemporal Analysis of Animal Movement and Interactions”) on zoom May 1, followed by an even more successful zoom happy hour to celebrate with lab colleagues and alumni. 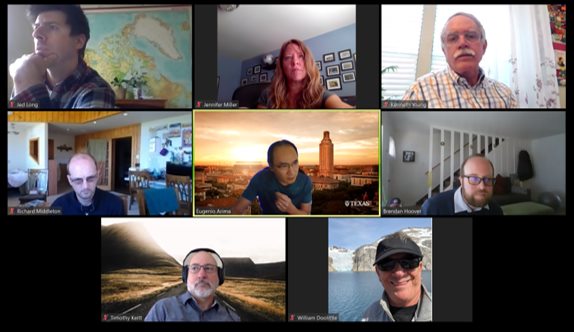 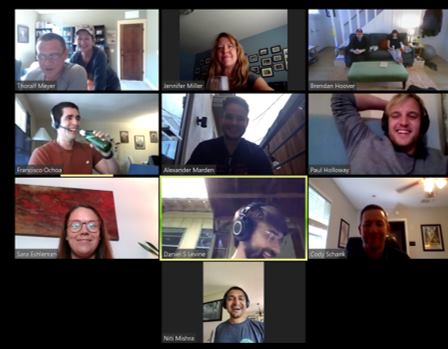 Jennifer is one of six PIs on a new MURI-funded project on ‘Multi-layer Network Modeling of Plant and Pollen Distribution across Space’ (NYMPHS). The purpose of this research program is to make forensic palynology via metabarcoding a key operational contributor to national security by equipping the DoD with a set of reliable, globally validated, easy-to-use geocomputational tools, mathematical models, and SDMs for geolocating pollen samples.

Jennifer and 2 of her former and current doctoral students (Cody Schank and Brendan Hoover, respectively) published a chapter on the impact of Hurricane Otto on Baird’s Tapir movement in Nicaragua in Movemen 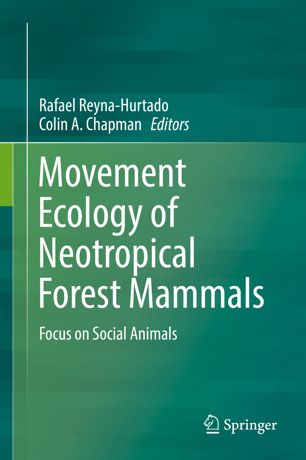 I was invited to give a seminar at the Institute of Biodiversity and Ecosystem Dynamics (IBED) at the University of Amsterdam. The visit coincided with King’s Day, a national holiday to celebrate the King’s birthday. 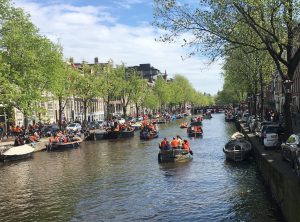 Cody Schank (PhD expected 2018) is the lead author of a collaborative paper that compares different statistical methods to model the potential distribution of Baird’s Tapir. The abstract is below and the article can be found here:

We test a new species distribution modelling (SDM) framework, while comparing results to more common distribution modelling techniques. This framework allows for the combination of presence-only (PO) and presence-absence (PA) data and accounts for imperfect detection and spatial bias in presence data. The new framework tested here is based on a Poisson point process model, which allows for predictions of population size. We compared these estimates to those provided by experts on the species.

Presence data on Baird’s tapir (Tapirus bairdii) throughout its range from southern México to northern Colombia were used in this research, primarily from the years 2000 to 2016.

Four SDM frameworks are compared as follows: (1) Maxent, (2) a presence-only (PO) SDM based on a Poisson point process model (PPM), (3) a presence-absence (PA) SDM also based on a PPM and (4) an Integrated framework which combines the previous two models. Model averaging was used to produce a single set of coefficient estimates and predictive maps for each model framework. A hotspot analysis (Gi*) was used to identify habitat cores from the predicted intensity of the Integrated model framework.

Important variables to model the distribution of Baird’s tapir included land cover, human pressure and topography. Accounting for spatial bias in the presence data affected which variables were important in the model. Maxent and the Integrated model produced predictive maps with similar patterns and were considered to be more in agreement with expert knowledge compared to the PO and PA models.

Total abundance as predicted by the model was higher than expert opinion on the species, but local density estimates from our model were similar to available independent assessments. We suggest that these results warrant further validation and testing through collection of independent test data, development of more precise predictor layers and improvements to the model framework.

Jennifer’s first PhD student, Paul Holloway, started his new position as a lecturer in the Geography department at University College Cork. Paul’s dissertation focused on incorporating movement in species distribution models and he had a post-doc in the Computer Science department at York University for a year immediately following his graduation.

I just received a three year grant to support research on developing a framework for analyzing dynamic interactions between animals using GPS data (NSF #1424920). I’m looking for a graduate student (preferably doctoral) to work on the project starting fall 2015. Student should have a GIScience and/or ecology background and be very comfortable with spatial analysis and modeling. Must have very strong R skills and preferably some python programming experience as well. 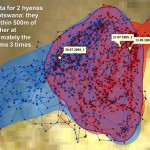 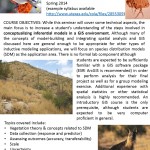 If you are considering the Geography graduate program at UT-Austin and are potentially interested in working with me, please read this !