Skip to primary content
The moment we entered the gates to the castle, we were forever changed. The beat of the drums beckoned us. The twirling flags caught our eyes. The birra rossa flowed freely. The Castiglion Fiorentino Medieval festival was everything we had hoped it would be. The festival, hosted by Cassero was a truly unique event. Each night the medieval replica offered a new event. Some nights there were comedic plays, some flag throwing. Every night FUN. I was so stunned by the dedication each performer had to their art. Think Buckingham Guards dedicated. I was certain there was nothing I could do to break their character. I loved that the whole town seemed to visit and support the event. The festival truly made me feel welcomed in Castiglion Fiorentino. 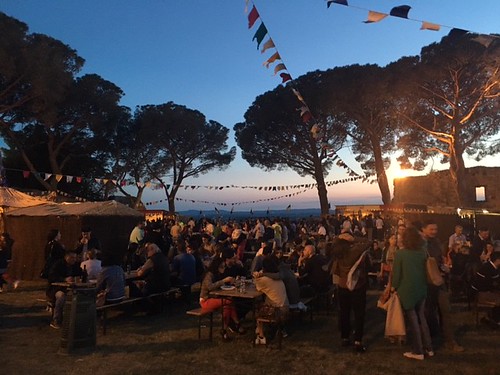 You’re probably thinking I’ve been to a Renaissance Fair, its probably the same thing-You’re WRONG! It is completely different. At a Renaissance Fair you are always cognizant of the fact that all the people that run the fair have ordinary 21st Century lives as soon as the fair closes. At the medieval festival that is never a thought. 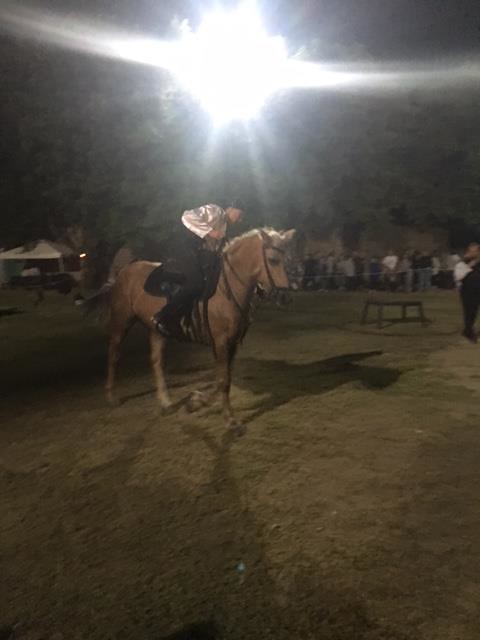 We witnessed the authentically medieval yet modern take of horse acrobatics, bruschetta bars, and most importantly, the art of jestering. The fantastical show of the performing horse and his Zorro-like rider kept us on edge the entire night. This show was not some rinky-dink Texas rodeo show, it was CINEMATIC. It included fire, silk shirts, and We Will Rock You by Queen (definitely a medieval classic). The bruschetta bar included a very kind flag thrower with long white hair that pitied Abby’s Italian and made sure that she knew what she was ordering (she didn’t). And of-course…what words could even be found worthy enough to describe THE jester….Matteo. Abby decided she wanted a picture with someone from the festival but she never dreamed it would turn into this. From the moment they met he finished her sentence when she asked “posso…?” and he finished “photo…si, si.” That was when it was meant to be. She could never forget Matteo and the time they spent at the Medieval Festival together in Castiglion Fiorentino. 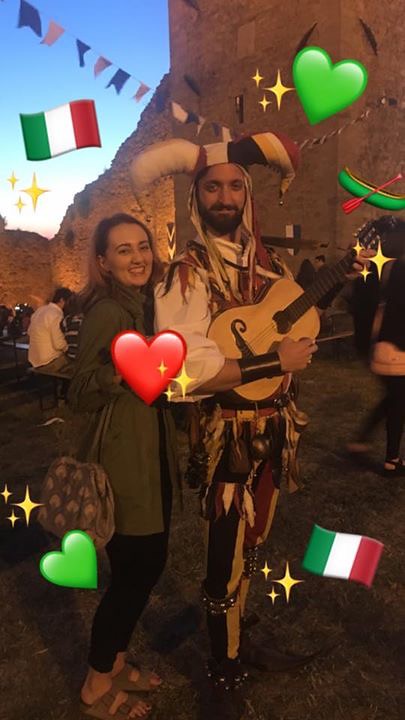 47 thoughts on “The Medieval Festival, Castiglion Fiorentino–Alyssa and Abby, May 27, 2017”