I am watching The Shining and drinking a Nobile di Montepulciano; it is my second time watching this movie, but A Clockwork Orange is probably my preferred film out of the two. Kubrick, in my opinion, is a good director and these are good actors. This is my favorite Italian wine and it took some discovering. Tony loves redrum. For the most part, I love movies that are before that of my era. They make me feel closer to the past. I did not think I would watch any movies in Italy, as it seems like a waste of time, and I don’t really like wasting time, but nothing else feels right at the moment. Sometimes I feel like I’m bad at not wasting time. The universe is always pushing and sometimes I do not want to push back. Yesterday we watched Donnie Darko and Dan joined us, but I fell asleep halfway and woke up to the movie ending and credits rolling. It is my second to last day at Santa Chiara. It is a bittersweet feeling and I am going to miss this place. The day after tomorrow I will leave for Florence and fly out to Spain. It will be the second part of my Europe experience. I will be staying in Madrid and I plan to spend many hours drawing at the Prado. I will also be visiting the Alhambra in Granada. Jade did not want to watch The Shining but now she’s here. Alicia won’t stop explaining the movie to her and Jade won’t stop asking her questions, so now I am going to stop watching The Shining. Redrum.

Friday was the first rain I’ve experienced here at Santa Chiara. This place never felt real up until that day. Santa Chiara is strange; the windows are always open and the doors spontaneously slam shut with gusts of air. I can hear the wind and the words and heavy footsteps from my room. The left wing feels much more lived in than the right, and the building is marked by the wear of 500 years. My ex used to say that the sounds you can hear in old buildings are the building settling. So i guess the foundation moves with the earth, as we do. Odd to think that this place has a 500 year old spine. Maybe it’s my penchant for Sci Fi and Slavic Mythology, but I like to think that places as old as this are sentient. It’s strange having spent two months halfway across the world, and people are just the same. The light is different, but I feel like I haven’t traveled very far. I’m different after these two months, but I’m changed by versions of people I knew in Austin. This place feels like somewhere I’ve been in a dream, or a variation of a game code. I feel like I could’ve thought it up. Being isolated from the internet and the distractions of daily life have made me sensitive to what’s going on with me and with everyone else. I like to think that this is one of my more honed skills, and yet it seems to have been dulled by my unintentional otherness. Here I am isolated from everything, but not from people. When I leave this program, I will go back to being alone. Being here has brought me back to a place I was years ago. It feels like I’m in my old life, and it makes me anxious. What comes after my old life is my new life, and maybe I am starting over. When I go back things will be different. 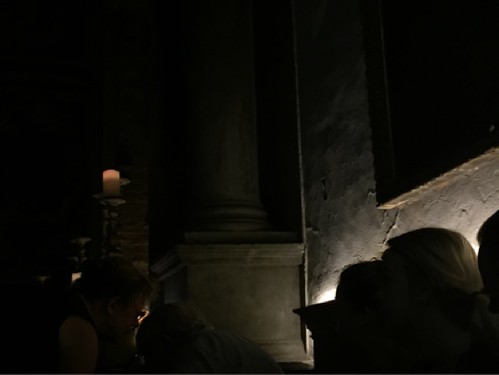 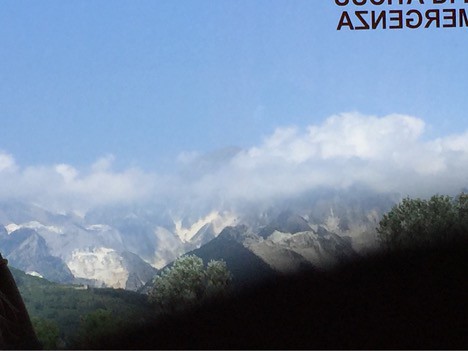