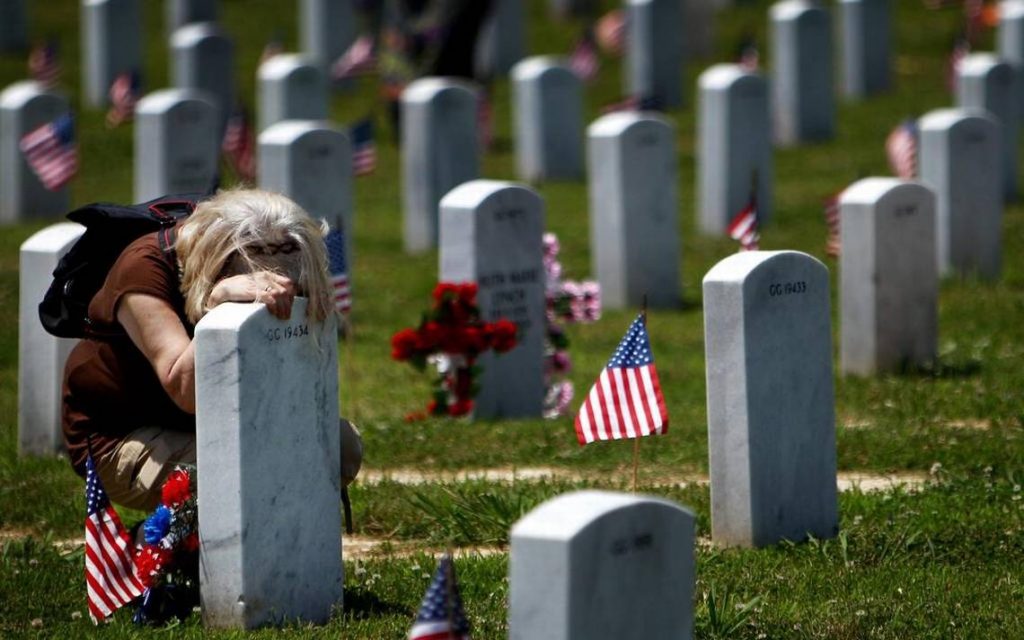 Magdalena Crews cared for her husband, Gene Crews Sr., from his1968 Vietnam War injury until his death in 2009. Mike Brown – AP

From Armed Forces Day to Memorial Day to Military Spouse Appreciation Day, May is a month that honors our veterans in many different ways.

But we still have work to do in how we recognize and support their families.

Can we address veterans’ needs separate from the challenges faced by the family as a whole? The answer is no.

We can do more to provide spouses the support they need to provide essential caregiving for their veterans as well as rebuild their families’ emotional and economic health.

Spouses are vital to veterans’ successful transition into civilian life and in veterans’ recovery process when they require treatment.

It is often the wives and partners who actively encourage their spouse to seek treatment in order to save their marriage and/or to improve their children’s relationship with their parent.

It’s also spouses who become the family’s breadwinner when veterans are unable to work.

An employed spouse allows veterans time to find appropriate, higher-income employment, instead of being forced to take the first available job in order to support their family.

Unfortunately, spouse unemployment and underemployment are among the most common issues facing military and veteran families.

In a recent survey by Blue Star Families, 75 percent of spouses said their status as a military spouse negatively impacted their career. Military spouse employment was indicated as the top obstacle to financial security.

In fact, the Military Officers Association of America and the Institute for Veterans and Military Families at Syracuse University conducted their own survey in 2013 and found 90 percent of responding female spouses of active duty service members are underemployed.

Many factors contribute to these high rates.

During a veteran’s service, their spouse often must put their own career and education on hold.

Frequent moves lead to school transfers, unfinished degrees, disjointed resumes with strings of short-term employments, professional licensure issues that may bar a spouse from practicing in a new state, and reluctance from employers to invest in hiring someone who may soon move.

The Texas Veterans Commission has opened career counseling services to spouses and dependents. Other agencies should follow suit and lawmakers should eliminate hurdles.

Texas Senate Bill 1476, passed in 2013, established the Veteran Entrepreneur Program to support veteran-owned small businesses. Many such programs are unable to assist veteran spouses because recipients must themselves be veterans.

According to Texas state law, wartime veterans have preference in employment in state agencies or offices, as do widows and orphans of those killed on active duty, until that office has reached 40 percent veteran employment.

Spouses and caregivers are so used to playing a supporting role, they often forget about their own needs. When they are well cared for, veterans and their children fare better.

For the sake of our communities and our veterans, we can’t afford to ignore these hidden heroes.

Elisa V. Borah is a research associate in the Texas Institute for Excellence in Mental Health within the School of Social Work at the University of Texas at Austin.elisa.borah@austin.utexas.edu