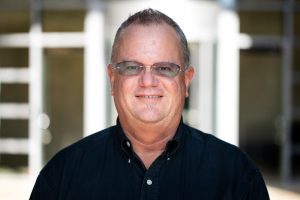 Cris Burton has over 30 years of experience with adolescents in a wide variety of areas. He started working with youth as a camp counselor and Big Brother in Austin Texas, where he has lived for over fifty years. Cris attended Schreiner University and the University of Texas where he earned his Bachelor Degree in Psychology. He started his mental health career in a psychiatric hospital for adolescents (as a staff, not a patient!). His graduate degree specializes in Counseling Psychology from Temple University in Philadelphia. Cris has an extensive background in Residential treatment for juveniles and brings several years of experience working with individuals and families with chemical dependency issues, and families and victims of sexual abuse. He has been a therapist in private practice, Clinical Director and Administrator for youth in long term Residential treatment.

Cris joined the Texas Youth Commission, now the Texas Juvenile Justice Department, over 20 years ago as Treatment Specialist, and has also served as the Professional Development Academy Manager and Training Manager. He recently retired as the Administrator for the Pairing Achievement With Service (PAWS) program for State Programs and Facilities. Cris’ vision for and design of the PAWS program came to fruition in 2010, when he and staff from the Ron Jackson Juvenile Corrections facility in Brownwood, Texas, implemented the program for the juvenile female population that works in conjunction with the local animal shelter. Cris provided canine training for the youth and staff and is an AKC Canine Good Citizen Evaluator. He worked closely with the PAWS Case managers to incorporate the youth’s treatment needs directly into their work with the canines under their care.

Outside of his work with T JJD, Cris is on the advisory board of the non-profit group, Divine Canines, delivering Pet Therapy services to those in need in the Austin area. Along with his work for T JJD, Cris is a dog trainer and behavior consultant in the private sector and specializes in aggression cases and consults with other states to design and implement canine programs for juvenile justice. He has three dogs of his own and does volunteer work with his own Therapy dog, Fenway.