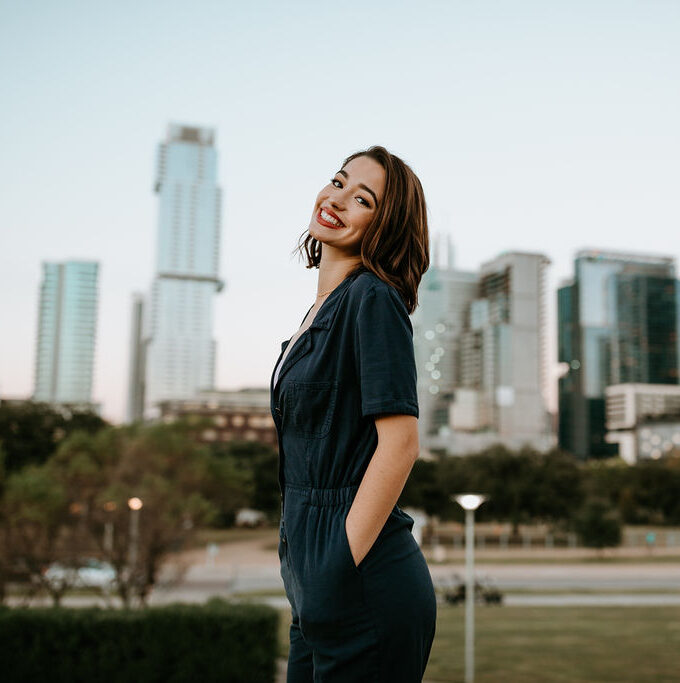 Aisling Ayers is a junior journalism major from Boerne, Texas. She has a passion for narrative storytelling that often leads her to the pursuit of in-depth projects and long-form pieces. She didn’t initially expect to spend much time in the Daily Texan basement but quickly found her place in the Life and Arts department where she spent four semesters and eventually served as the department head. She also has a BDP certificate in Digital Arts and Media and interned at nterned at the Austin American-Statesman and Austin Woman magazine.

She specializes in the interview process and capturing anecdotal details from sources. Be prepared for her to ask you oddly specific questions such as what color socks your source was wearing (only partly joking). Whether it’s structuring a news story or executing an intimidating long-form piece, she’ll help you make the driest subjects come to life.

She loves historical fiction and knows the niche British crime genre like the back of her hand. She’s a die-hard Spurs fan, loves spending time outside, and her snack of choice is chips and salsa.