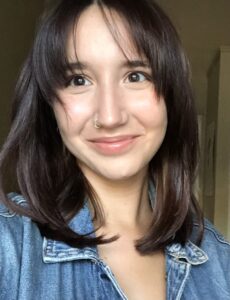 Aurora is a senior journalism major from Cedar Creek. She is an audio journalist and podcaster, although she is rumored to have written a print story or two. Aurora currently works at The Drag, UT’s audio production house, where she makes a climate change podcast called “Planet Texas.” She previously worked at KXAN, Austin’s NBC affiliate, and The Daily Texan. She recently won third place in the Hearst Journalism Awards’ Audio Championship. Aurora likes horror movies, Phoebe Bridgers and spending time in nature.