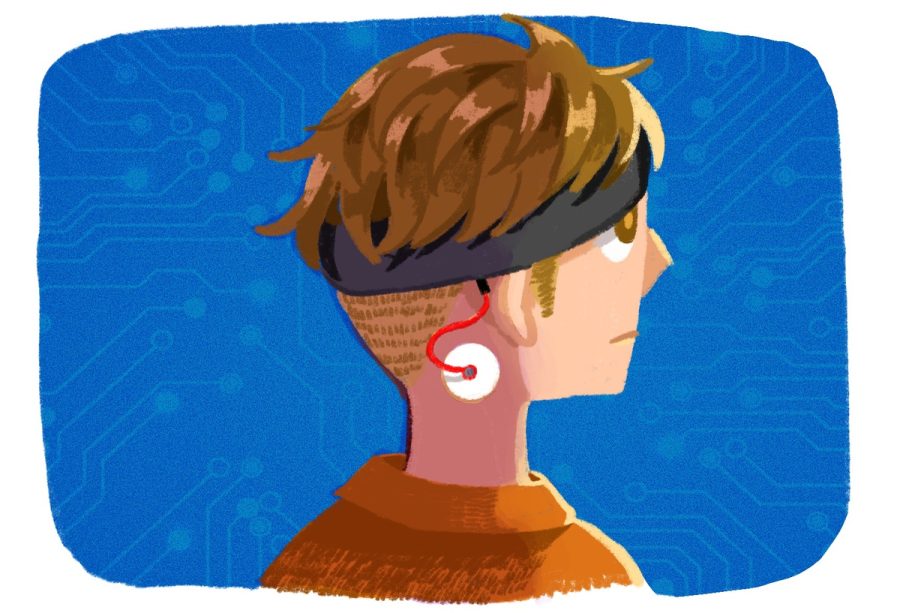 UT researchers created an electrode that can be used to rehabilitate stroke patients at home, according to a study published online in Biosensors and Bioelectronics on Sept. 28.

Evan Wang, one of the principal investigators, said the electrode consists of a three-dimensional interface, which results in a higher quality recording of the brain’s activities than traditional materials produce. He said the electrode acts as a brain-computer interface.

Wang, a biomedical engineering assistant professor, said traditionally, electrodes use a liquid gel to measure brain activity that quickly dries out, a problem that limits how long brain activity can be monitored. He said in this project, the researchers used a gel to attract water and glycerol to prevent the material from drying.

Electrical engineering and neurology professor Millán said to measure the brain’s electrical activity, researchers attach electrodes to a subject’s head. He said the current gel-based system used to improve the conductivity of the electrical signals is burdensome.

“The goal is to develop a new material in order to integrate it into the brain computer interface (and) replace the gel based system with new electrodes that open up the possibility of (long-term) recordings with minimal assistance,” Millán said.

Wang said people can use the electrode system for multiple purposes, including communication, driving a wheelchair or operating a prosthetic arm.

Wang said he and his collaborators are building on the results of this study by working on a headset composed of multiple electrodes that can be used to monitor epilepsy over time.

Millán said through the research, he hopes stroke patients can attend therapy in the comfort of their homes instead of going to rehabilitation centers.

“We (are trying to) move the rehab therapies based on brain-computer interfaces from the hospital to people’s homes,” Millán said. “The more times you do the therapy, the better. Now, patients have the system 24 hours a day, which will lead to better outcomes.”

Courtesy of The Daily Texan

Digital Methods for Performing Daily Tasks Among Older Adults: An Initial Report of Frequency of Use and Perceived Utility. Exp Aging Res.