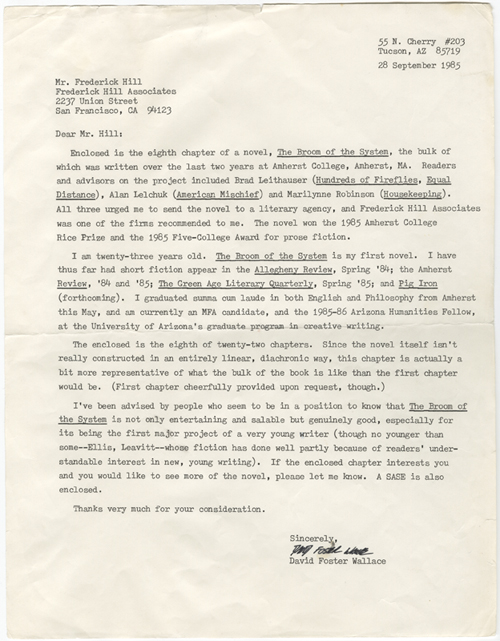 On Thursday, April 5, the Ransom Center kicks off The David Foster Wallace Symposium with a public event featuring Wallace’s literary agent, Bonnie Nadell, and his editor, Michael Pietsch, in conversation with Los Angeles Times book critic David Ulin. The free, public event will take place at 7 p.m. (C.S.T.) at Jessen Auditorium, across the plaza from the Ransom Center on The University of Texas at Austin campus. Please note that seating will be limited. Registrants of the symposium will have reserved seating, and Ransom Center members will receive priority entry at 6:20 p.m. Doors will open to the general public at 6:30 p.m. Those unable to attend the event or the symposium can enjoy a live webcast.