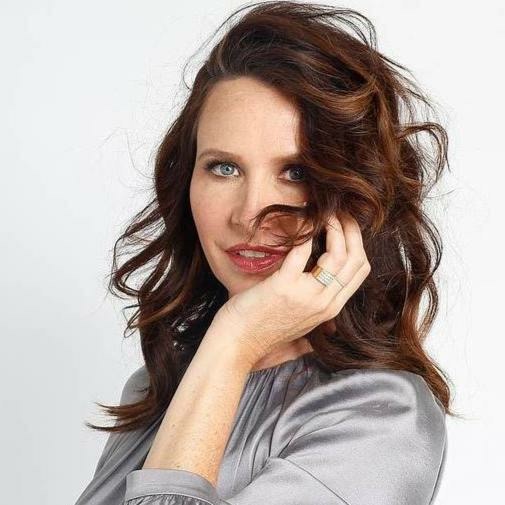 Janie Bryant was the costume designer for the television series Mad Men.

Some of Bryant’s costumes and research material, including inspiration boards for characters and lookbooks for costume designs, are included in the show’s archive, recently acquired by the Ransom Center.

Many costume designers find out about this field almost by accident, can you talk about how you knew costume design was the career for you?

When you began to design for Mad Men where did you go to learn about 1960s period clothing?

Research is such an integral part of costume design. For me it’s so important to have a visual map of how I am envisioning the characters to look. Visual research is also so important to be able to share with my team and to be able to communicate with the director, producers, and actors. I love to start my research by watching movies of the period. I also do a lot of research online finding photos of the period. Magazines and catalogs are also a great place to be visually inspired.

For the first season, I looked at a lot of Alfred Hitchcock films, including North by Northwest. I think it came out in 1959, while Mad Men started in 1960. That was a relevant film in my research. Also, Cary Grant and Gregory Peck were very influential in what I was thinking in terms of costume design for Don Draper, as was David Ogilvy, who was a huge advertising man during that period.

The Graduate, James Bond films, and films with Audrey Hepburn and Sophia Loren were also great references. Magazines like GQ, Esquire, Vogue, Harper’s Bazaar, TIME, Life, and Holiday were really useful and always specific to the year that I was working on for the show.

What would you tell students who will study the Mad Men costumes in the Harry Ransom Center archive? What do you hope they see and observe about these clothes?

They should observe the details and fits of the period. But they should also study how the characters changed over the seven seasons and how the different colors and silhouettes help to tell the story of each episode. Everything has a meaning.

It’s also important for people to understand the amount of work, creativity, and effort that goes into transforming actors into characters. A lot of time it’s taken for granted. When people are able to see costumes, there’s often a new understanding and appreciation for another layer of how we can watch and enjoy films. It also helps us understand the interpretation that happens from script to costume design, and in helping to create those characters.

As you progressed with the design of the show was there any standout source for period research that you found indispensable?

When the show expanded to multiple seasons we saw each character grow and change over time. Can you speak about a particular character-look trajectory that you achieved?

The character Peggy Olson is a great example. Every season something different happened to her. And every season that was reflected in her costume design. In the first season, her style was more 1950s than it was 1960s. She was a sheltered Catholic girl living in Queens who had just moved into the city and started working. Her costume design was really based on the 1950s and being more old-fashioned. Then, with her success in the office, her costumes changed to become more professional. When Peggy wanted to be one of the boys, I used a lot of cotton shirts and skirts for her that season because it was more of a manly look. It was also more representative of her desire to fit in with all of the guys. As she moved on professionally, she dressed better, had more income and was able to look more like a professional young woman during that period. Her costume design was always based on being modest and never about her exerting her sexuality. It was more about Peggy being the ultimate professional.

My favorites were probably Betty and Megan. Betty because her costumes were so beautiful and feminine. I loved all her petticoats and full skirts and how she always presented herself so perfectly. It was always about being beautiful. I also love the story of Betty always trying to create the façade of perfection.

I loved doing the costume design for when Don married Megan because that was the new and modern ʼ60s. Betty was more of the ʼ60s of the Camelot period before the fall of innocence socially in America, with all the assassinations, the war, and everything that was happening. I was able to tell that story of the later ʼ60s with Megan being more modern. She was working and Don was unhappy with her working. He couldn’t take it. She was much younger than him, and that was also reflected in her costume design.

She was also the first character to wear a mini dress on the show, during the premiere of season five with the “Zou Bisou Bisou” episode. That whole scene is an illustration of the age difference between Don and Megan—stodgy old Don and his sexy young wife with the mini dress and the fishnets.

Included in the archive is Betty’s yellow chiffon gown. We’ve heard that it is one of your favorite costumes.

I love that costume so much. Pastel yellow is a theme color of Betty’s, and I thought it was important for her to be in a color that really says who Betty is. That pale yellow was the perfect color for her for that scene because it’s basically like she’s having a coming out ball.

She felt so proud of herself with her weight loss, and it is a moment of her owning that and also feeling like a queen. I love the whole design of the pale yellow chiffon gown, and it does have that queen-like effect with the embellished neckline and the cape sleeves. It also has this feeling of just floating on air with it being chiffon, which was perfect for that scene. Another reason I wanted her in a very pale color was that the set location was so dark. She really needed to stand out in that moment. All of the elements worked perfectly for that scene.

How much of the clothing for Mad Men was custom made for the show versus bought or rented from period sources?

With each season, I would build more and more costumes. For the men, I worked with Brooks Brothers for all of the seasons of Mad Men. I would give them my designs for the principal male cast, and they would produce the suits according to my designs and specs. That was awesome! That would be mixed in with my designs and also vintage suits. For Joan, I built almost everything for her. Or, I would find vintage and redesign the vintage, but almost everything was custom made for her. We made a lot for the show, but we also rented a lot since there were so many background characters. There were about 300 costumes per episode just for the background characters. On average, there were about 75 costumes head-to-toe for the principal and guest cast.

You’ve mentioned in many interviews the importance of the foundation garments for achieving the period silhouette of the women on Mad Men. What was the ultimate secret to that smooth shape under the clothes?

I used period foundations, but it was really tough to use originals since they were worn and tired. I used foundations from the company Rago, which still produces old-fashioned garments like the open bottom girdle, the closed bottom girdle, one piece girdle, and garter belts.

For Joan, I made her bras because I always had her in a longline bra—a bra that comes down to the waist. Joan would wear the girdle, the stockings and the slip. I liked to make her bra and girdle match to her slip, which matched to her dress. Even if we didn’t see it, it was important that she matched.

When doing a period show, having that transformation from actor to character is important. The foundations were such a big part of going back in time. For example, with the girdles, there is a controlled physicality that goes along with wearing those undergarments. For the male actors, they squawked about how high their pants had to be with the rise of the trousers being long. It was important for the actors to feel like they were transported into the ʼ60s.

Could you talk a little about your approach to the color palette and texture for Mad Men?

It’s really like a map for me. I can keep it in mind when creating something or finding or redesigning a vintage piece. It helps me tell that visual story.

In what exciting project are you currently engaged?

I’m designing a show called The Last Tycoon, which is loosely based on F. Scott Fitzgerald’s novel of the same name. It will be on Amazon and stars Matt Bomer, Lily Collins and Kelsey Grammer.

Susan Mickey is Senior Associate Chair and The Susan Menefee Ragan Professor in Fine Arts in the Department of Theatre and Dance at The University of Texas. She is a professional Costume Designer in theatre, film and television focusing on new and original work that furthers the human discourse. Mickey prepared these questions for Janie Bryant.