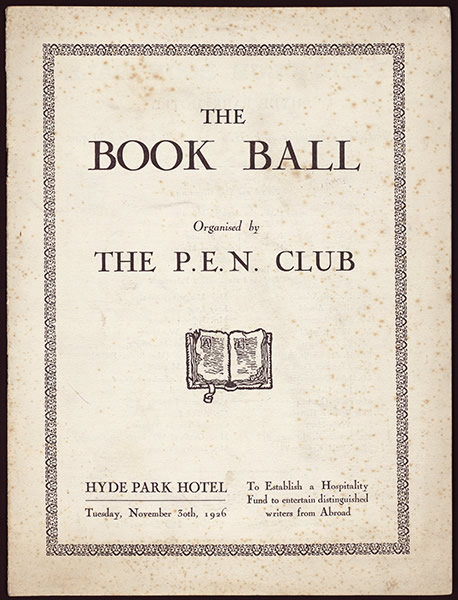 In the course of researching how South Asian writers circulated in literary London between the World Wars, I spent some time immersed in the Harry Ransom Center’s expansive P.E.N. archive. END_OF_DOCUMENT_TOKEN_TO_BE_REPLACED 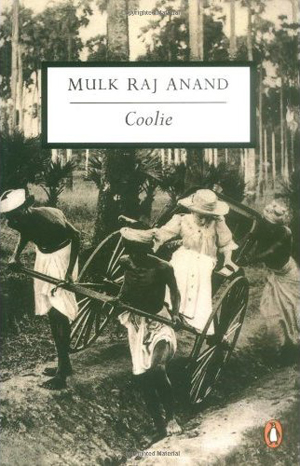 Charlotte Nunes is a graduate student in English at The University of Texas at Austin. She used the Ransom Center collections to research her dissertation, “‘This Novel Social Fabric’: Transnational Anti-Imperialism and British Literary Modernity, 1913–1936.” One chapter examines Mulk Raj Anand’s novels Untouchable (1935) and Coolie (1936) in terms of Anand’s involvement in the Indian Progressive Writers’ Association in London during the mid-1930s.

The Harry Ransom Center’s notable holdings in international literature include both handwritten and typed manuscripts of the English-language novel Coolie (1935) by Indian writer Mulk Raj Anand (1905–2004). Today, a Penguin Twentieth Century Classics edition of Coolie is still in print. The novel chronicles the tragically short life of the young laborer Munoo in pre-independence India. The manuscripts available at the Ransom Center provide significant insights into Anand’s career-long investment in cross-cultural, cross-lingual, and cross-class exchange. Anand was born to a middle-class family in Peshawar and came of age in an increasingly anti-imperial political climate. He actively agitated against British imperialism in the years leading up to Indian independence in 1947. Yet at the same time, Anand’s early exposure to British culture and literature had a determinative effect on his literary-political career. He traveled to England in 1925 to study at University College London; he would remain based in London, though he frequently returned to India over the next two decades. Along with Ahmed Ali and other Anglophone Indian writers influential in the establishment of the Indian Progressive Writers’ Association (PWA) in London in 1935, Anand leveraged English-language fiction to advance the PWA objectives of affecting social justice in India and fostering interaction between writers internationally.

An examination of the Coolie manuscripts confirms Anand’s ambition to appeal to Anglophone audiences. On the back of page 571 of the handwritten version, for example, Anand scrawled a list of English-language newspapers including The Times of India, The Bombay Chronicle, The Sentinel, and The People. It’s fair to speculate that these were publications that Anand hoped might review and promote his novel once it was completed and published. The typed version, as well, bears evidence of Anand’s networking with British literary and political communities. A hand-printed note to the right side of the cover page reads, “typed 1935 by Celia Strachey.” Celia was the wife of the former British Labour Party politician John Strachey; that she typed the manuscript indicates Anand’s proximity to and engagement with British Labour and Marxist circles.

The manuscripts are yellowed, brittle, and slightly damaged in some areas. Nevertheless, they remain quite legible and offer insights into Anand’s writing process. For example, it’s interesting to observe in the handwritten version that several pages of continuous, unedited writing will often be followed by several pages of heavily marked-up material with entire sentences and passages vigorously scribbled out. It seems that Anand’s writerly flow was subject to considerable fluctuation. The typescript includes Anand’s extensive edits, in pencil; although he includes only a few notes about potential structural revisions, sentence-level edits abound. Compare the consequential last line of the novel as it appears in the handwritten version (page 646):

“But in the early hours of one unreal white night he passed away,—the tide of his life having reached the deeps of the sea and become one with the black waters of forgetfulness.”

“But in the early hours of one unreal white night he passed away,—the tide of his life having reached back to the deeps.”

Anand cut nearly the entire second half of the final line, including the phrase “black waters.” Notably, this phrase would appear in the title of his subsequent novel Across the Black Waters (1940), which tells the story of a division of Indian troops deployed in Flanders during World War I. The title references the Hindu prohibition of sea travel known as Kala Pani (“Black Water”). That Anand originally used the phrase “black waters” to denote the oblivion of death enriches the significance of the title of his later book.

It’s worth mentioning that in addition to the Coolie manuscripts, the Ransom Center holds several letters that Anand wrote to such influential literary figures as George Bernard Shaw, John Lehmann, and Henry Treece. The letters demonstrate that his attempts to promote his writing in England were frequently unsuccessful. In response to Anand’s submission, dated February 18, 1945, of a few pieces for publication in England, John Lehmann penciled notes directly on Anand’s letter (presumably in advance of composing an official rejection letter): “The story about ‘Appearances and Reality’ just might do, tho’ it follows a rather conventional pattern… The second story is quite appallingly written.” The letters also demonstrate Anand’s deep conviction that the circulation of literature internationally had a role to play in improving the material conditions of the world’s poor. He wrote to Shaw on March 2, 1949, “Unfortunately, the vast illiteracy in India makes for very poor sales of books. People prefer to buy bread when they can get it.” Yet, he wrote, “I need not emphasize how important is the need for the exchange of literature between the various countries of the world. In India we want to encourage the kind of thinking which is associated with European humanism and free thought.” Although a vocal anti-imperialist, Anand found much to admire in Britain’s cultural and intellectual traditions, and his career was saliently characterized by his investment in transnational literary and political solidarity.

Charlotte Nunes extends her thanks to Professor Snehal Shingavi for his feedback on this blog post.