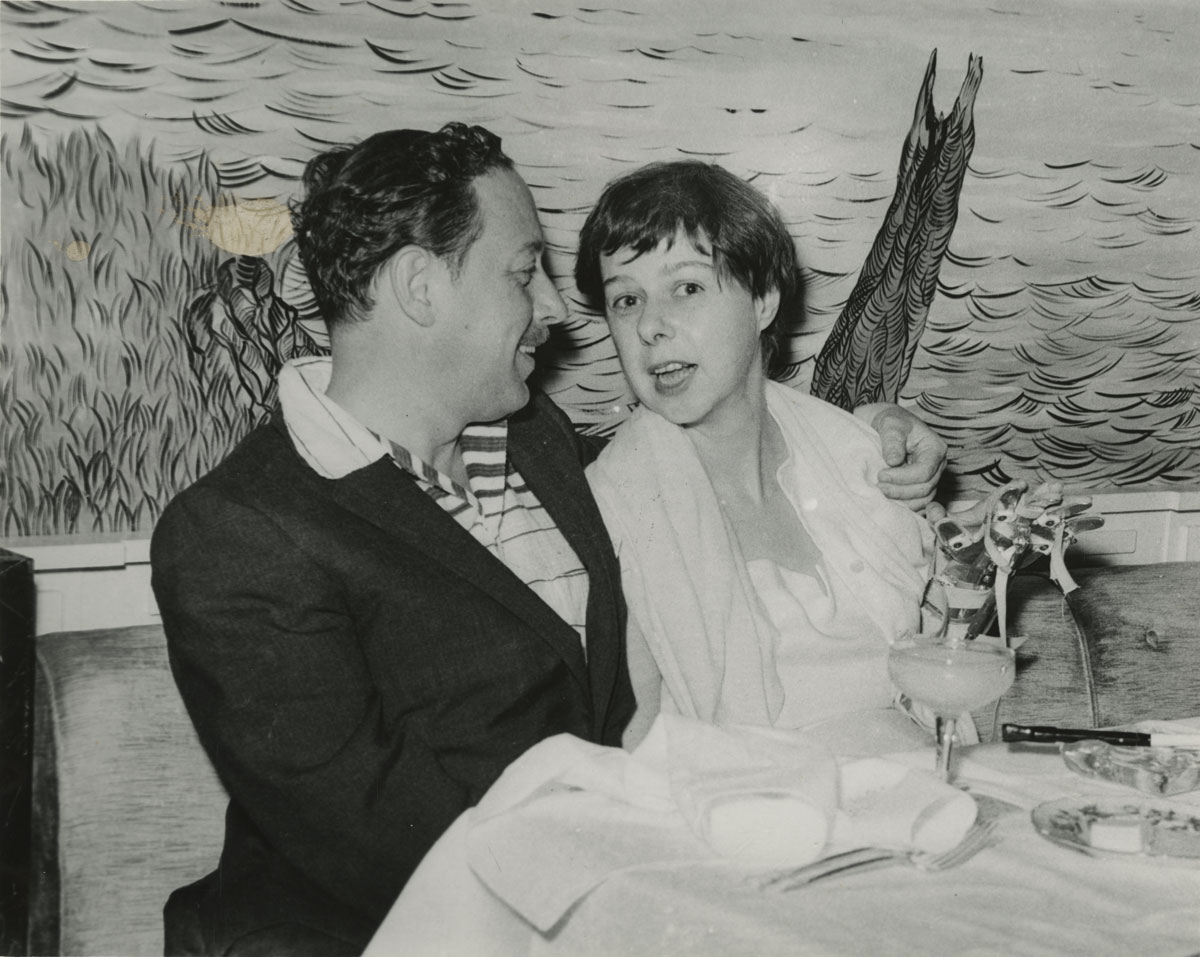 “It has been said that loneliness is the great American malady. What is the nature of this loneliness? It would seem essentially to be a quest for identity.”—Carson McCullers’s essay “The Nature of Loneliness”

END_OF_DOCUMENT_TOKEN_TO_BE_REPLACED 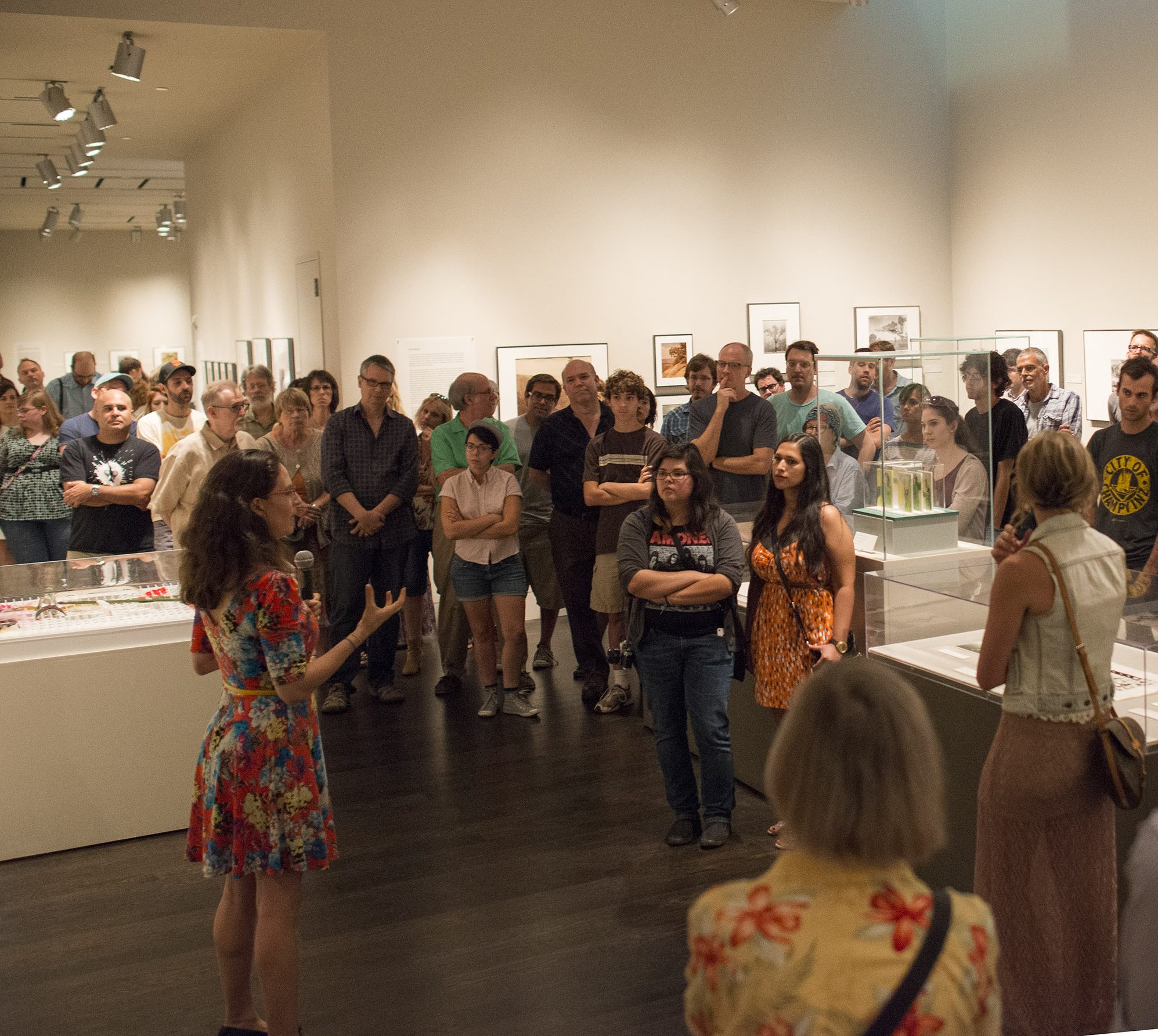 We are pleased to share our interview with Ransom Center member Susan Scafati, an Austin-based, American contemporary artist. She is a member of Lakes Were Rivers, an artist collective showcased in the Ransom Center’s 2013 exhibition Contemporary Photographic Practice and the Archive.  END_OF_DOCUMENT_TOKEN_TO_BE_REPLACED 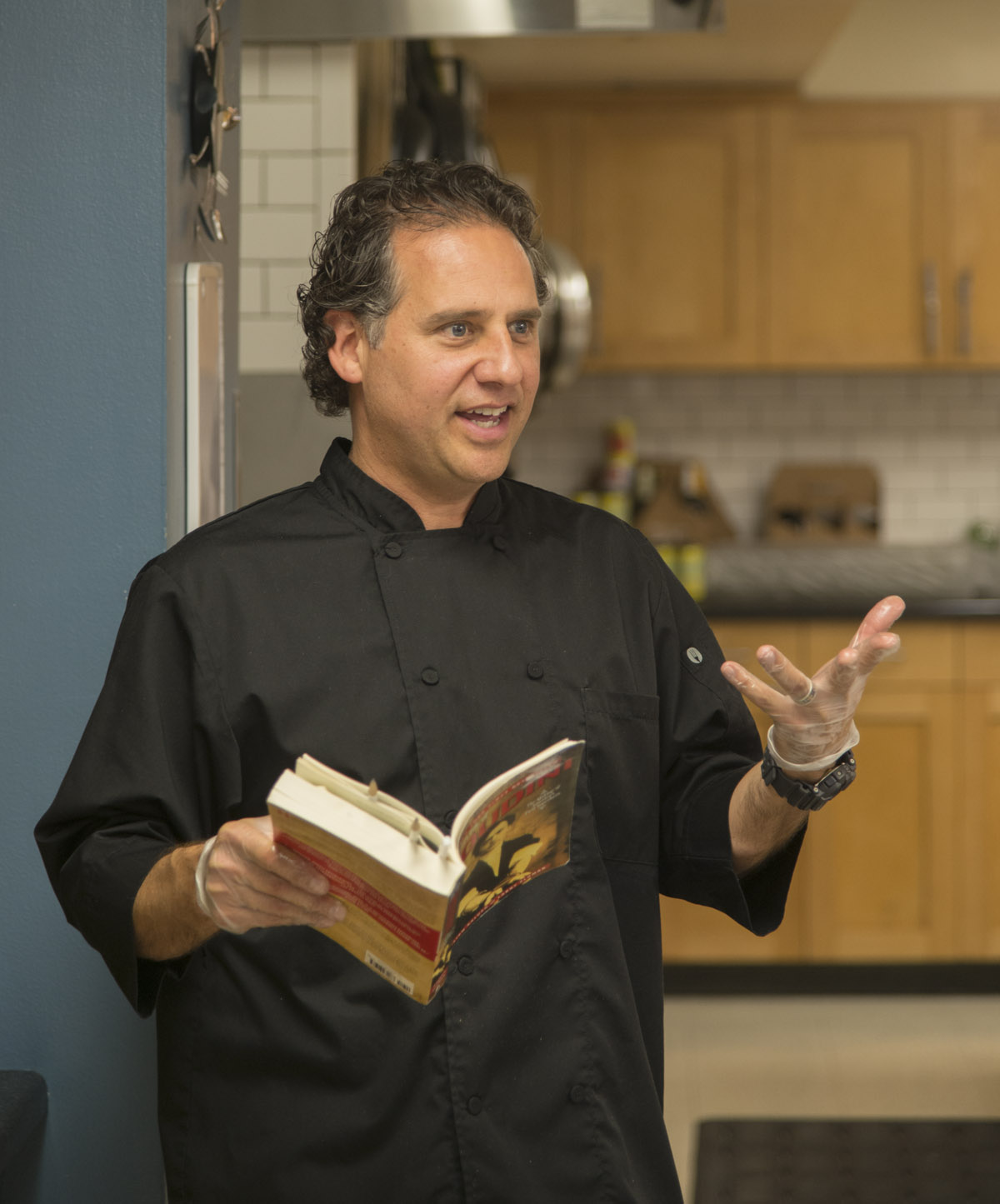 The Harry Ransom Center partnered with Central Market to present “Dining with Harry Houdini,” a cooking class inspired by the life of the legendary performer and stage illusionist, on Sunday, October 16, 2016. END_OF_DOCUMENT_TOKEN_TO_BE_REPLACED 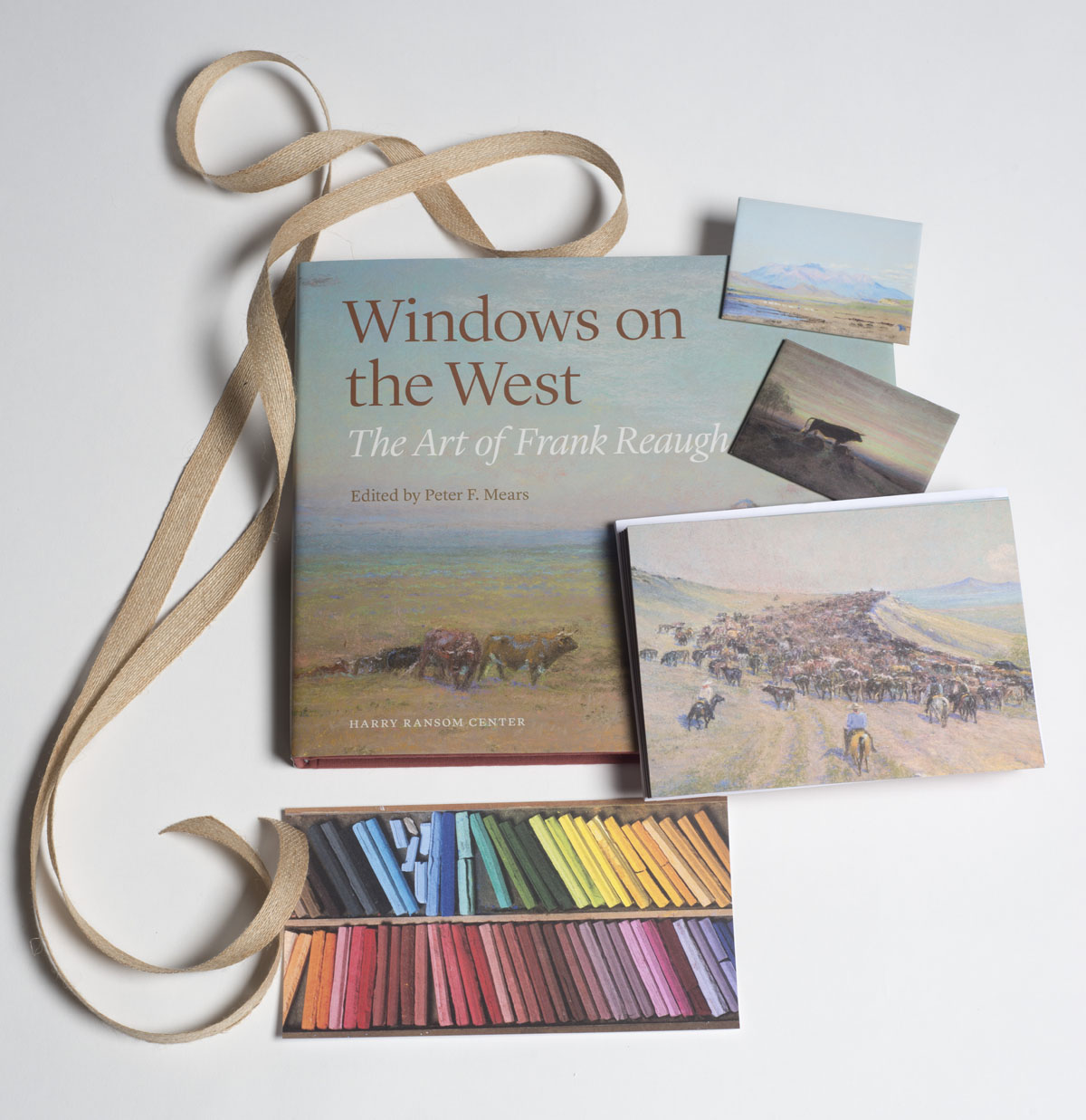 “Frank Reaugh was the most improbable of artists, a European-trained Impressionist whose entire oeuvre was devoted to Longhorn cattle and the West Texas landscape.” –Ron Tyler, “Foreword”

Enjoy a deeper look into Reaugh’s work with Windows on the West: The Art of Frank Reaugh, the companion publication edited by Ransom Center Curator of Art Peter F. Mears. This hard-back publication features in-depth essays from four contributors and more than 100 images that exemplify Frank Reaugh’s life’s work. END_OF_DOCUMENT_TOKEN_TO_BE_REPLACED 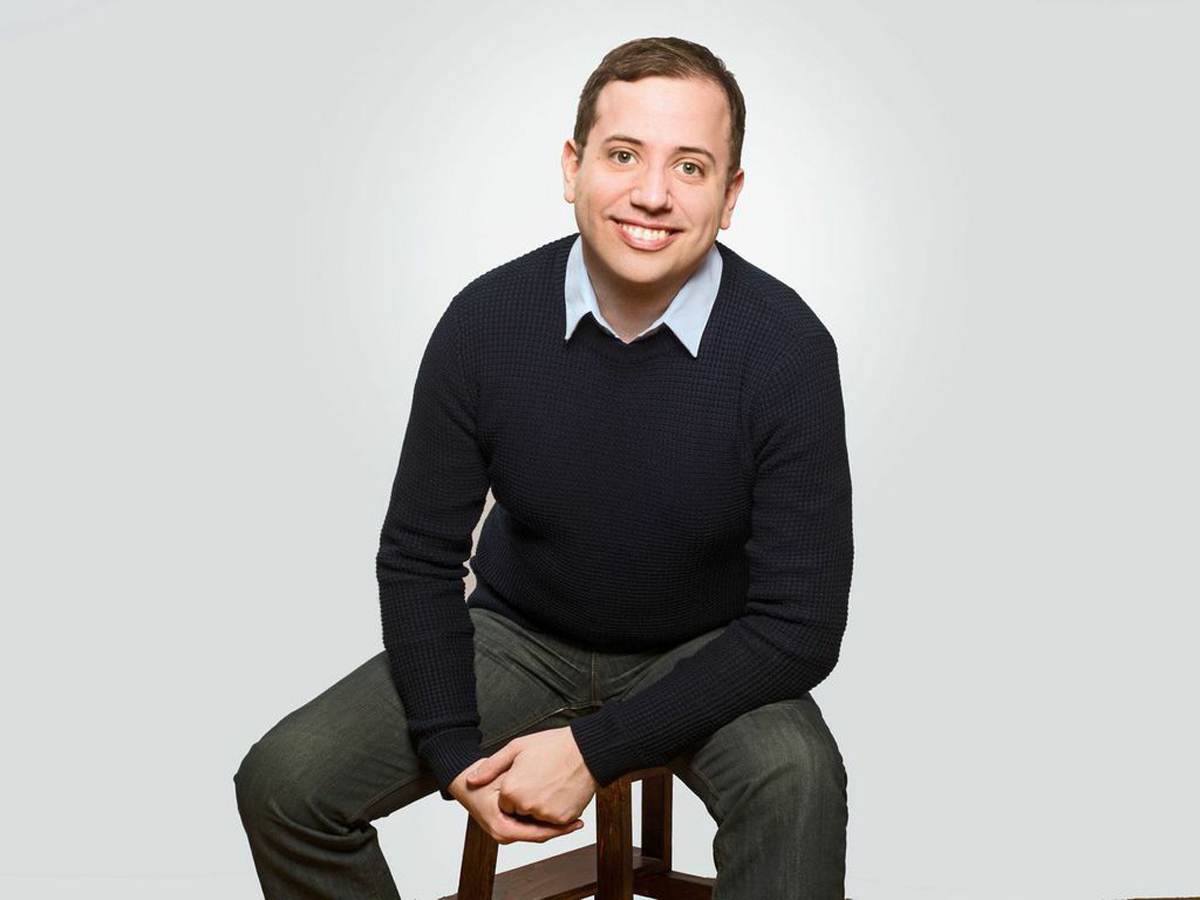 The Harry Ransom Center announces the appointment of Eric Colleary as Cline Curator of Theater and Performing Arts. In this position, Colleary will oversee research, access, and interpretation of the Ransom Center’s theater and performing arts materials. END_OF_DOCUMENT_TOKEN_TO_BE_REPLACED 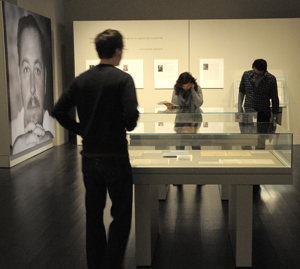 In one of Tennessee Williams’s early writings in which he interviews himself, he identifies his audience as “the wild at heart kept in cages.” He also notes that the play Battle of Angels is a prayer for “more tolerance and respect for the wild and lyric impulses that the human heart feels and so often is forced to repress in order to avoid social censure and worse.”

The human heart and its freedom becomes a theme in both of the current exhibitions, whether about the personal life and work of Tennessee Williams, as seen in Becoming Tennessee Williams, or in the characters and novels featured in Culture Unbound: Collecting in the Twenty-First Century.

Williams’s draft of The Glass Menagerie, when it was still titled The Gentleman Caller, represents Williams’s personal and professional life. You see him working through what will become his iconic play, but you also see doodles and a dedication to his grandma Rose, who “perforated the lid of my own particular cubicle, thus preventing suffocation and allowing me to continue certain activities inside.” Another important Rose in his life was his sister, whose correspondence to her brother demonstrates their close bond. She writes: “The memory of your gentle, sleepy, sick body and face are such a comfort to me… if I die you will know that I miss you 24 hours a day.”

A more tempestuous relationship is brought to a close in an elegantly written letter from Williams to former lover Pancho Rodriguez. Williams writes: “One thing for which I don’t pity myself is the two years we spent together… You were you, wild, wonderful, a poem.” He caringly instructs Rodriguez to “keep faith with all the beautiful things in your heart… Walk tall, walk proud through this world.”

The exhibition demonstrates how film adaptations modified relationships in Williams’s written work. In Sweet Bird of Youth, the ending was changed to achieve a happy Hollywood resolution, and in A Streetcar Named Desire, the dialog about Blanche’s first love was heavily revised to appease the censors.

Culture Unbound: Collecting in the Twenty-First Century reiterates the topic of love and relationships, specifically in writings by Tim O’Brien, Don DeLillo, and James Salter. In Tim O’Brien’s typescript from The Things They Carried for the chapter “Stockings,” love supersedes borders and war zones. Henry Dobbins uses his girlfriend’s pantyhose as a talisman, and we see O’Brien crafting the passage, crossing through lines and adding a large handwritten section of notes. The story ends with the girlfriend breaking up with Henry, but the power of the remembered love keeps him, and his fellow soldiers, going.

A strong marriage bond connects Jack Gladney and his current wife Babette in Don DeLillo’s White Noise. Gladney muses: “Sometimes I think our love is inexperienced. The question of dying becomes a wise reminder. It cures us of our innocence of the future. Simple things are doomed, or is that a superstition?” He continues: “Babette and I tell each other everything… turned our lives for each other’s thoughtful regard, turned them in the moonlight in our pale hands, spoken deep into the night… In these night recitations we create a space between things as we felt them at the time and as we speak them now.” DeLillo’s handwritten notes for the novel are featured in the exhibition.

James Salter’s novel The Light Years charts the trajectory of another marriage. At the start, the husband, Viri, “wants to enter the aura surrounding her [his wife], to be accepted… [but] soon after they were married, perhaps an hour after… the desperate, unbearable affection vanished, and in its place was a young woman of twenty condemned to live with him… the mistake she knew she would have to make was made at last… She had accepted the limitations of her life.” Later in the novel Nedra explains how impossible it is to live with her husband and summarizes it as “what turns you to powder, being ground between what you can’t do and what you must do. You just turn to dust.” The novel portrays what happens when one’s heart’s passion is not pursued, as Williams seems to warn against in his “prayer for the wild at heart kept in cages.”

The exhibitions are rich with original materials that give glimpses into human emotion, fictional and personal. Becoming Tennessee Williams and Culture Unbound: Collecting in the Twenty-First Century are on view through July 31, 2011.