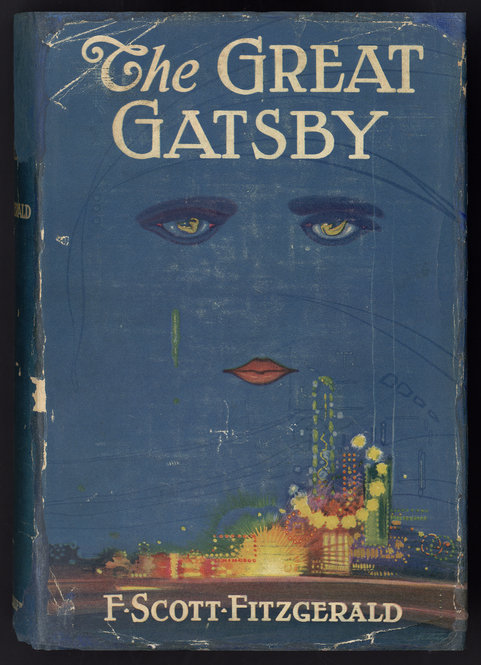 F. Scott Fitzgerald’s The Great Gatsby, now generally recognized as the closest approximation to “The Great American Novel” and a staple of the high school curriculum, is embarking on yet another new life. Today, a film adaptation opens starring Leonardo DiCaprio and directed by Baz Luhrmann, and it has already been described as one of the most stylish movies ever made.  Three previous movies and one television drama based on Gatsby reflect their time periods as much as they do the Twenties.

The film has sent the paperback edition soaring to the top of the Amazon best-seller list.  Yet the first edition (1925) was only a modest success, as Fitzgerald notes in a letter in the Ransom Center’s collection.  Although his literary reputation went into a swoon in the late 1930s and 40s, the novel was reprinted from time to time, though it was rarely regarded as an American classic.  More than a decade after the author’s early death in 1940, biographical and critical re-evaluations finally established The Great Gatsby’s permanent place in the canon of modern fiction. In the above slideshow, a group of editions from the Ransom Center’s collections shows its progress from first edition to the current movie mass-market tie-in.  Not for the first time in its history and probably not for the last, Gatsby has been born again.

A case of materials related to The Great Gatsby and F. Scott Fitzgerald are on display in the Ransom Center lobby through June 9.

Image: The first edition of The Great Gatsby (New York: Scribner’s, 1925). The dust jacket by Francis Cugat incorporates several themes of the novel, while maintaining a certain ambiguity. The eyes most likely belong to Daisy, “the girl whose disembodied face floated along the dark cornices and blinding signs” of Jay Gatsby’s consciousness. The jacket was completed before the novel, and Fitzgerald was so fond of it that he claimed he wrote it into his book. Today, intact dust jackets are exceptionally valuable; both of our copies have been repaired.