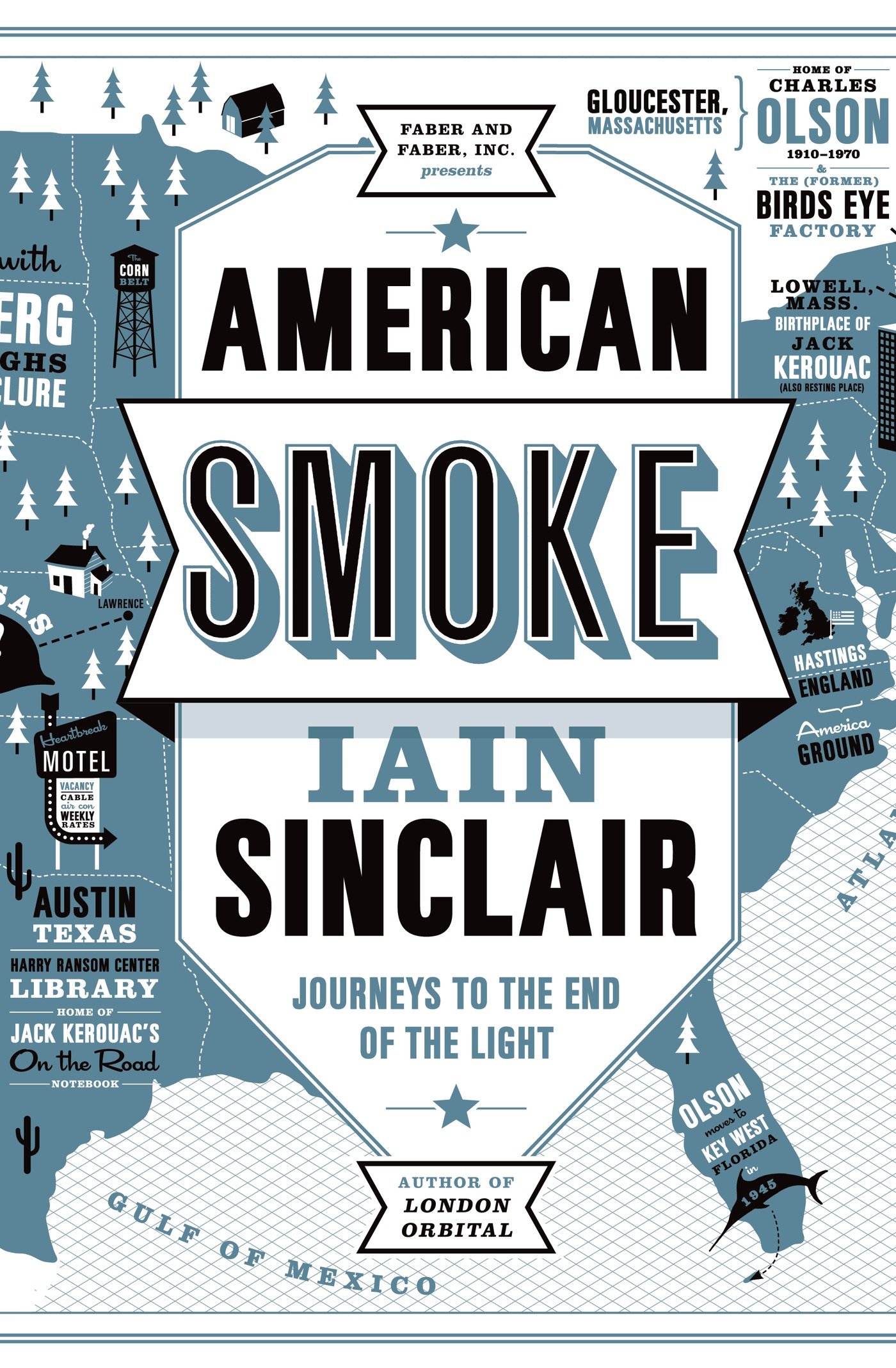 Writer, documentarian, and Londoner Iain Sinclair, whose archive resides at the Ransom Center, has written a new book, American Smoke: Journeys to the End of the Light. Sinclair visited The University of Texas at Austin in 2010 while preparing for his previous project, Ghost Milk: Recent Adventures Among the Future Ruins of London on the Eve of the Olympics (2012).

American Smoke records Sinclair’s personal pilgrimage from Great Britain to the United States, the home of his literary heroes of the Beat Generation. Travelling from Hackney, London, to Gloucester, Massachusetts, the writer hoped to discover and understand the spirit of the poets and novelists who inspired his youth: Charles Olson, Garry Snyder, William Boroughs, Jack Kerouac, and Dylan Thomas, to name a few.

The story opens with the writer’s identification of time, place, and emotion: “It was the season of autumn ghosts, a dampness in the soul. 2011 and London had lost its savour. A good step beyond midway through my dark wood of the world, I came to America, hoping to reconnect with the heroes of my youth. The largest, the most light-occulting of all the giants, that earlier race, was Charles Olson: poet, scholar, and last rector of Black Mountain College.”

The scope of American Smoke extends beyond Charles Olson and Sinclair himself. Not only a memoir of his journey in the United States, the book is also a portrait of a former generation of Americans and an exploration of their legacy today. 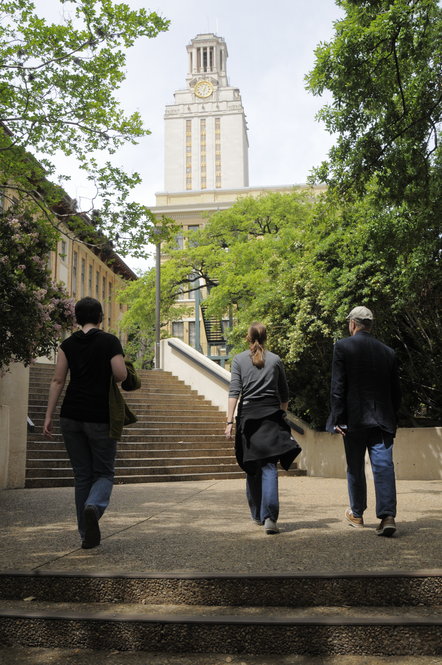 Ghost Milk: Recent Adventures Among the Future Ruins of London on the Eve of the Olympics (Farrar, Straus and Giroux, 2012), the latest work by British writer-filmmaker Iain Sinclair, explores the changes in East London as the city prepared for the 2012 Olympics and concludes with his visit to the United States, including his April 2010 trip to the Ransom Center.

Sinclair, whose archive resides at the Ransom Center, delivered a public talk, met with students, and worked with archivists cataloging his papers. Long walks in urban areas are a frequent topic of Sinclair’s writing, and Sinclair agreed to tour the campus, including the 307-foot-tall Tower, and offer his insights.