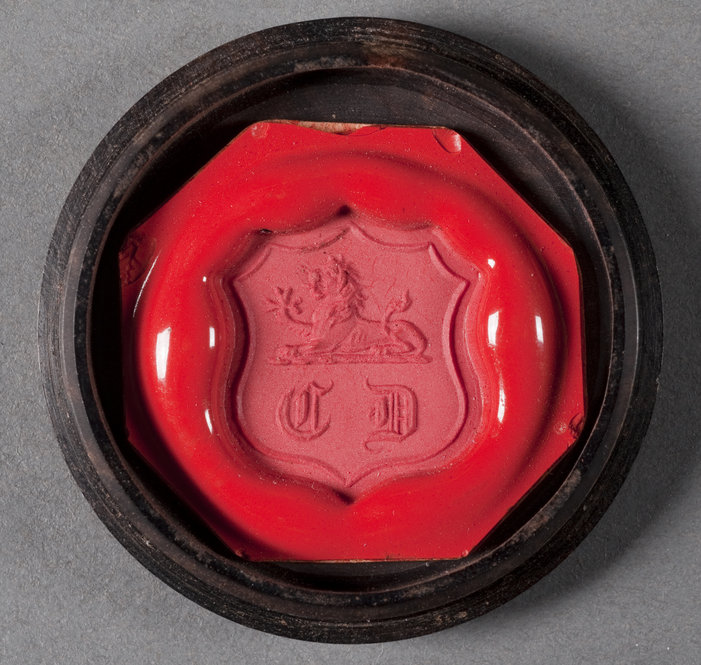 Charles Dickens was born in 1812—200 years ago today—and his works continue to be some of the most beloved and enduring stories in the English literary canon. The Ransom Center has strong holdings of Charles Dickens materials, many of which were donated to the Center in the 1970s by Halstead B. Vanderpoel.

Dickens started his career as a journalist when he was 19, though he kept trying his hand at fiction on the side. He published his first story in the Monthly Magazine in December 1833 at age 21, and three years later he published his first novel, The Pickwick Papers. The book, which was published in serial form, was an enormous success in England, and Dickens went on to become the most popular writer of his time. With the serial format, Dickens could offer his novel at a low cost and enjoy a wide circulation among readers. The formula was so successful that many of Dickens’s subsequent novels were also published in serial form.

A forerunner to modern-day publishing marketers, Dickens knew how to make his works appeal to the widest possible audience. A Christmas Carol, for example, was published just in time for Christmas in 1843. Dickens wrote with humor, but he also wrote to shed light on the dark side of poverty in England at the time.

In a posthumous biography, it was revealed that Dickens came from humble beginnings. His own father was imprisoned for debt when Dickens was a child, forcing the boy and his siblings to work in a factory in terrible conditions to support the family. His experiences in the factory were later immortalized in David Copperfield and Great Expectations.

Our Mutual Friend was Dickens’s last complete novel before his death in 1870, following a 36-year career as a writer. He was working on The Mystery of Edwin Drood when he died, but he completed only six of the planned 12 installments. Dickens is buried in Westminster Abbey.

The Ransom Center’s Dickens holdings are extensive and include 168 letters, a virtually complete run of his published works, 14 books from the author’s library, and Dickens ephemera. The Charles Dickens literary file includes 39 photographs, many of which are portraits of Dickens.

The Charles Dickens art collection contains more than 1,000 paintings, drawings, prints, postcards, plates, clippings, and portfolios relating to Dickens, including original illustrations for editions of his works, renderings of fictional characters, and images of settings of his novels.

In the above slideshow, view some of the materials from the Dickens collection at the Ransom Center. Dickens’s copy of The Life of Our Lord will be on display in the exhibition The King James Bible: Its History and Influence, which opens February 28.