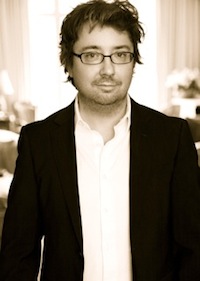 Nigel Cliff is a full time author and historian, holding an English degree from Oxford University. His 2007 book The Shakespeare Riots was released to high acclaim, earning recognition as one of the best nonfiction books of the year by END_OF_DOCUMENT_TOKEN_TO_BE_REPLACED