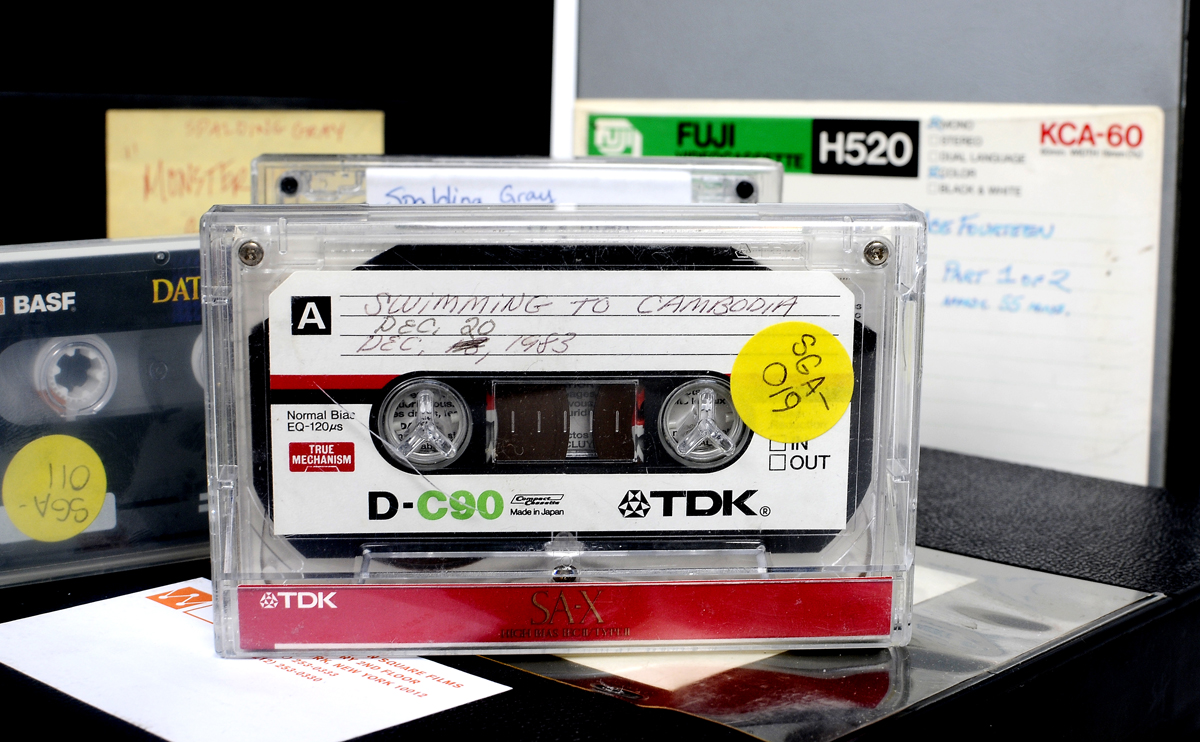 “To make the most prudent and productive use of resources available, the Ransom Center must understand the condition of its sound recordings, as well as their intellectual and research value, in order to make preservation decisions based on clear principles that will expand current and inform future reformatting, stabilizing, and cataloging efforts,” said Ransom Center Director Steve Enniss. “This support from the NEH is powerful validation of the Center’s efforts.”

A majority of the recordings are unique and were made for private, non-commercial use. The content varies widely but includes literary spoken word, conference proceedings, dictated notes and letters, field recordings, structured interviews, lectures and readings, musical performances, radio broadcasts, rehearsals, telephone conversations, dictated drafts of writings, and even therapy sessions and psychic readings.

Of the more than 13,000 audio recordings cataloged in the Ransom Center’s Sound Recordings Collection database, 2,700 have been digitized and are available for streaming onsite in the Center’s Reading and Viewing Room.

A long-term goal is to place the Sound Recordings Collection database on the Ransom Center’s website, providing patrons access to existing sound recordings.

“In the 50 years since NEH’s founding, the Endowment has supported excellence in the humanities by funding far-reaching research, preservation projects and public programs,” said NEH Chairman William Adams. “The grants continue that tradition, making valuable humanities collections, exhibitions, documentaries, and educational resources available to communities across the country.”

Upon completion, the project will serve as a model for a follow-up project to survey the Ransom Center’s archival moving image materials.

Beginning Saturday, April 4, the Ransom Center increases its Saturday operating hours for its Reading and Viewing Room and will be open from 9 a.m. to 5 p.m. The times are an increase from the Center’s prior Saturday hours of 9 a.m. to noon.

Patrons from Austin and Texas will benefit from the increased hours as will other researchers, including many of the Ransom Center’s fellowship recipients, 49 percent of whom travel from abroad to conduct research here.

The increased hours will provide additional opportunities for onsite use of the Center’s collections of manuscripts, rare books, photographs, and other materials.

Information about using the collections, including establishing a research account, can be found online.