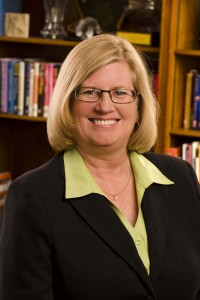 As we start our new year and new semester, I’d like to share a bit of our history with you. Dr. Ronald Brown* was serving as Vice President for Student Affairs when I came to work here as Assistant Dean of Students for Student Judicial Affairs in 1986. It was a tumultuous time and as a result I worked with him and was in many more meetings with him than might have ordinarily been the case. I learned a lot from Dr. Brown on the job and in the classroom during my doctoral studies. He knew an enormous amount about the history of UT and the work of higher education. In 1988, he gave a speech** to the Division of Student Affairs and I still have a copy of it.

Dr. Brown started the speech by explaining that he received perhaps a hundred surveys in a typical year coming from everyone from the Texas Higher Education Coordinating Board to graduate students. As he described them, “Some are well designed and even interesting to complete, some are simple, and still others are so time-consuming or so inane that I refuse to complete them.”  He had received one he considered unique — it asked him to state the five values he considered most important for a senior student affairs officer. Simply five blank lines to fill in.

He explained, “I could have… given them five principles among the many, mostly borrowed from other great thinkers, that have served as beacons for my career:

He said he thought the person doing the survey would think he hadn’t taken the matter seriously, and so went on to share his actual five values.  I’m going to share only one today, though all five are worth thinking about.

“Student personnel staff members are in the business of facilitating education as synergists, not just catalysts. We are of education and not just with it.

“… a catalyst is an agent that makes a reaction take place without itself becoming part of the product. Synergism, on the other hand, incorporates all the parts to make the whole greater than just the sum of those parts. A synergist is inseparable from the process and, indeed, is part of the product.

“…  We’re all part of the reaction and of the outcomes. We are facilitators of the educational process in the sense that we make life outside the classroom better in order that the learning inside the classroom is easier and more effective. But we also teach and help students grow and develop.

“…  Physicians long ago borrowed the honored title originally given to educators — doctor — because they realized that you can’t treat the patient without teaching. Everybody in this organization is a teacher and don’t you ever forget it.”

As we start anew, and continue on, with the work of this year, I encourage you to think of the ways we engage students and the ways our students engage us. What are we teaching students, and each other, every day as we go about the work that we do? Are we learning and modeling real learning or are we standing aside? Are we truly involved in the work of our departments, our Division, and our University, or are we doing merely enough to get by — or, even worse, just complaining? I challenge each of us, myself included, to be synergists in the educational mission of UT Austin, to throw ourselves into the work so we don’t always know who is teacher and who is learner.  It’s more difficult that way, but it’s also a lot more fun.

And to end with Dr. Brown’s words, “… education is a high professional calling, perhaps the highest. We are educators, everyone of us.  … whatever our role we still are educators first.”