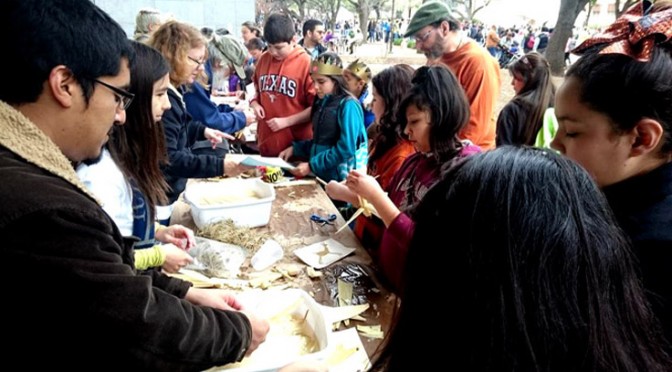 Thanks to the efforts of our very own Rosario Casarez, TARL’s involvement with UT’s educational ‘open house’ program was a great success this past Saturday!  Despite the rather chilly and overcast beginning to the day downtown on the main campus, the sun eventually put in an appearance and warmed us up as we manned our tables, answered questions, warded off loaded paintbrushes, made corn husk dolls and handed out information about archeology in Texas.  Arriving early, we put up our tables and mingled with the dedicated anthropology graduate students and then ferreted out the nearest Starbucks (1st floor of the SAC!) to properly fortify ourselves for the morning.

Jonathan Jarvis, our Associate Director, and Susan Dial, editor and project manager of Texas Beyond History, both presented talks in a classroom on the first floor of the CLA building.

As taken from the official Explore UT 2015 schedule: Archaeologist Jonathan Jarvis describes how archaeologists use historic maps and discusses the role of accurate mapping in archaeology today. See how using geospatial tools to locate man-made features below the earth’s surface can help future research.

And Susan’s talk was a “Detectives into the Past” presentation with Dr. Dirt in which she focused on reconstructing the diet of ancient Texans based on the study of coprolites (preserved human fecal remains).

To get a sense of the kind of turn out that we were a part of at Explore UT please check out this brief video, provided courtesy of UT anthropology graduate student Luisa Aebersold (who also provided the featured image for this post!), on her Twitter feed:  https://twitter.com/luisaaebersold/media

First, there was ‘getting organized:’

Rosario had this to say about her very popular activity this year: “The rock art activity consisted of several images of Texas rock art printed on card stock that visitors could paint. The only colors I made available for painting were colors used by Native Americans. So the colors were red, black and as close to ochre as I could mix. They also used white… pigments were made from berries, roots, stones, etc. and I was asked throughout the day if I had made my own paint. I will say no berries were harmed for this activity, but there’s this wonderful stuff called tempera paint! The most popular image the children wanted to paint was the bird, I actually ran out of them. I don’t know what it is about this bird from 41RE14 in Real Co., but it is well liked.”

The image from the site that was so popular? 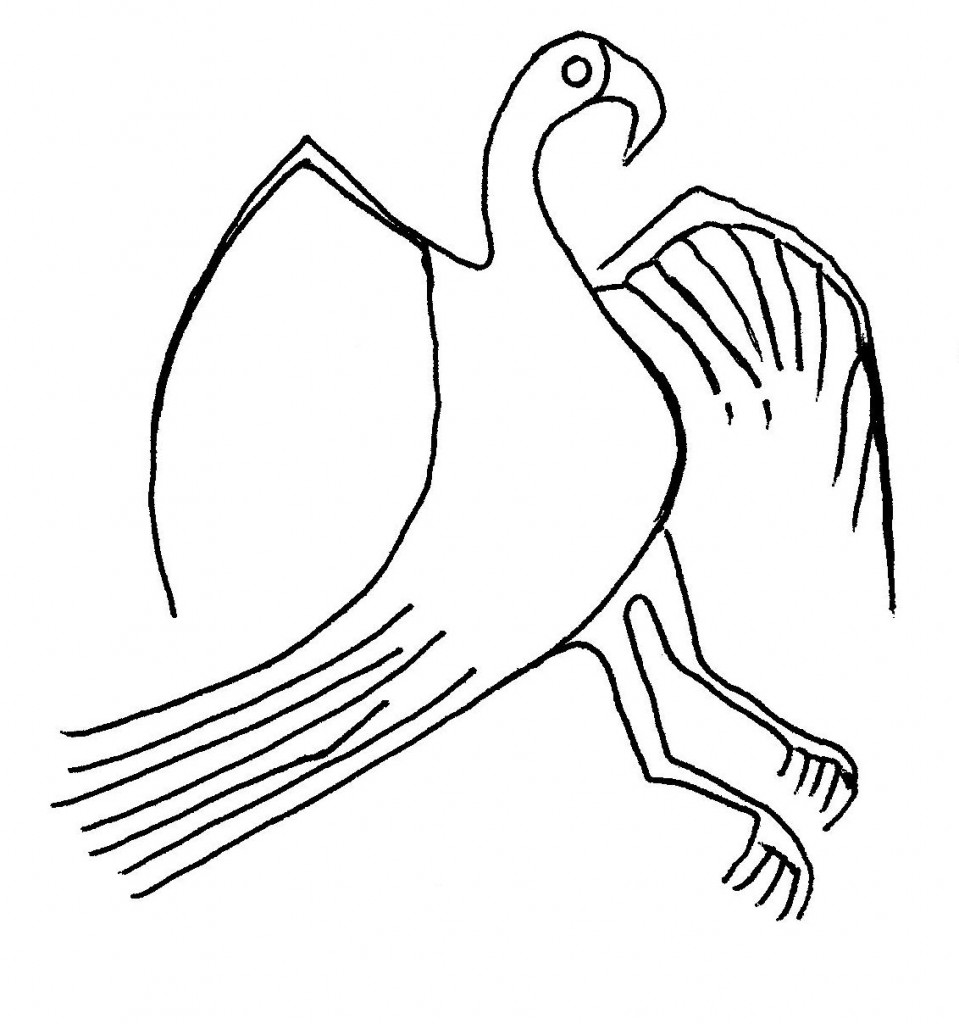 There was also a tremendous amount of excitement about TxDOT staff archeologist Chris Ringstaff being in attendance to demonstrate flint knapping for the people who attended.  Chris was wonderful at not only demonstrating the various techniques that would have been used by the prehistoric knappers who inhabited Texas, he did a great job of explaining why they did what they did: why they chose the stone they chose, used the tools they used and worked the various kinds of flakes in various ways.  His demonstration was well-attended and all of us took an opportunity to stop and watch this professional archeologist and researcher explain his craft.

This year’s Explore UT was an opportunity for those of us who work at TARL to make what we do accessible to the public, especially as pertains to using archeology to teach science and social studies to children.  Archeology offers tangible, understandable lessons about the evolution of man, his culture and his technology and TARL staff look forward to other opportunities to work with schools, educators and students to help them appreciate and utilize the wealth of material culture that, in many ways, originated in their own backyards.  Thank you to everyone who came out to contribute and who  participated in making this an opportunity for TARL to renew its ties to the anthropology department and main campus.  We look forward to many more years of educational contributions. 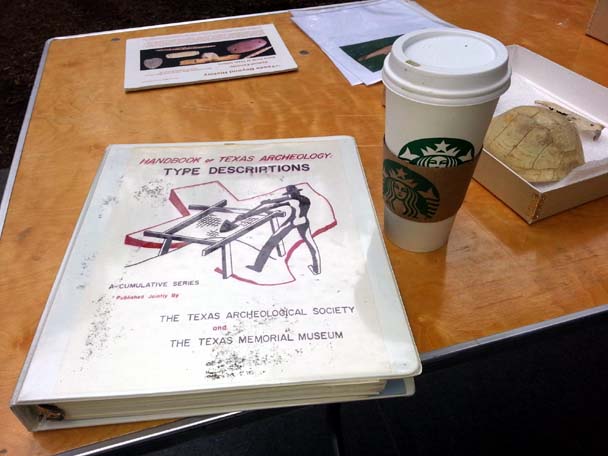