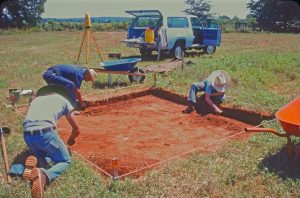 3 thoughts on “Why protect archaeological sites?”